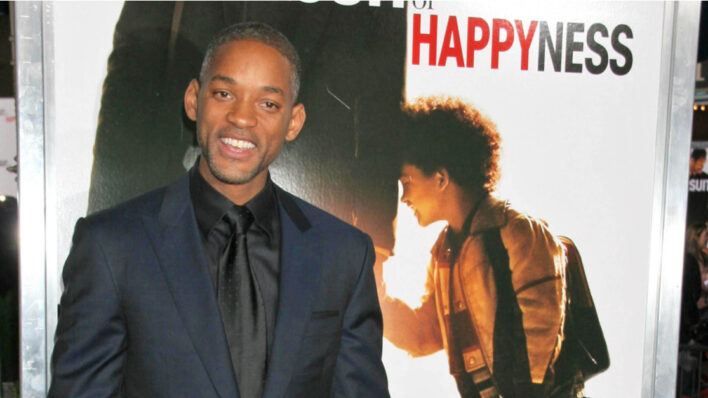 Getting ready for Netflix and chill? Or, better yet, maybe you’re looking to be inspired by tales of determination and
By Matt Valentine    April 13, 2018

Getting ready for Netflix and chill?

Or, better yet, maybe you’re looking to be inspired by tales of determination and real-life stories of greatness, courage, and the resilience of the human spirit?

Netflix now has a vast collection of some of the most inspirational movies and documentaries ever created. No matter what you’re looking for and what you like, there’s bound to be something that will stimulate your brain and move your heart.

That’s why we’ve put together this list of some of the most inspirational movies on Netflix. Get the popcorn ready– it’s time to get seriously inspired.

I’ve seen many, many movies over the years, and there are only a few that suddenly inspire you so much that you want to continue to make films.

1. The Pursuit of Happyness The Pursuit of Happyness is based on the real-life story of Chris Gardner (played by Will Smith) and his young son (played by Smith’s son Jaden) as they survive homelessness while pursuing a better life. This film easily has some of the most inspirational dialogue you’ll ever come across.

2. Tony Robbins: I Am Not Your Guru A rare glimpse into the life of Tony Robbins, I Am Not Your Guru is the raw and inspiring account of much more than just a master of human behavior, but a human being who cares deeply about the suffering of others because he’s no stranger to suffering himself.

Without giving too much away, if you’ve followed or appreciated Robbins’ work in the past (or present), this is an inspiring documentary on several accounts, and it isn’t to be missed.

Spotlight isn’t what most would consider an inspirational film. However, if you read between the lines, it’s one of the most inspirational stories of human justice that’s ever been told. And it’s not just an inspiring story, it’s an incredibly important film in its own right.

Based on a true story, Spotlight is about the Boston Globe’s investigation of accounts of sexual abuse by local Roman Catholic priests. Steeped in cover-ups and conspiracies, it tells a story of abuse by those in power and of the underdog winning against very powerful forces. In a world where journalism is under attack, it’s an important reminder of the importance of such work for balancing out the scales of justice and corruption.

The late Stephen Hawking was one of the most brilliant and influential scientists of the twentieth (and twenty-first) century. However, more than just a scientist, Hawking was a fighter who overcame what was supposed to be a fatal case of ALS (or Lou Gehrig’s disease) and went on to live a full and accomplished life.

If you love a great story of persistence and grit, don’t pass this up.

5. To Kill a Mockingbird

A timeless classic, To Kill a Mockingbird probably wasn’t very exciting to you in high-school. However, with everything going on in the world now (and you a little bit older), it’s possibly more relevant and compelling than it’s ever been.

The film adaptation of Harper Lee’s novel follows Atticus Finch as he faces off in court against the forces of racism during a time where his own stance– open defiance against white supremacy– was a rarity.

Less of a feel-good inspirational story and much more a story of the power of standing up against corruption, it will remind you of the difference that one person can make when they stand up for what’s right — and inspire you to do the same.

A documentary by director Robo Belic, Happy attempts to answer whether we have the potential to make ourselves happy, exploring the latest scientific research coming from positive psychology.

However, much more than just science talk, the film takes you on a journey around the world to meet people who claim to have found some semblance of happiness in their own life, from the wealthy of Okinawa, Japan and sixty-year-old Brazilian surfers to members of a Danish commune.

Short Term 12 is a story about change. The film follows Brie Larson’s character Grace as she works as a supervisor at a group home for troubled teens. Instead of saving the world or stopping evil forces, it’s about a refreshingly “real” person fighting to change the world in her corner of the world, one life at a time.

If you’re looking for an inspiring story that’s more on the side of realism, Short Term 12 is an incredible gem that you shouldn’t pass up.

Appearing at first to be just another Disney animated movie, this film is so much more.

Zootopia tells the story of an aspiring big-city police officer. It takes place in Zootopia, a sprawling metropolis which houses every species of animal known to, well, no one else because man doesn’t exist. The aspiring police officer? A spunky country girl, err bunny, born far outside the city.

Somehow both an incredibly fun and entertaining movie for kids and adults alike while also telling a compelling story about prejudice, racism, and xenophobia, Zootopia hits it out of the park in every way. If you have kids or just love animated movies (and you somehow haven’t seen it already), watch it.

9. Living on One Dollar

It’s been years since I first saw Living on One Dollar, but I still remember it in detail. It’s the kind of film that leaves a lasting impression on you and, however subtly, changes the way you live forever.

Living on One Dollar is a reality-style documentary that follows four college students as they attempt to live in Guatemala for eight weeks, a country where the average citizen can live on as little as one dollar a day (hence the title). In fact, the film explains that over one billion of the world’s citizens currently live like this as we speak.

For the film, each of the four students lived on an allowance of zero to nine dollars each day, sharing a small hut purchased with a small loan to simulate the more exact circumstances of living in the area. Throughout their time in the country, they come face to face with illness, parasites, hunger, unexpected expenses, and the frustration that encompasses it all. However, they also find friendship, humility, and heart along the way.

Another feel-good family film, My Life as a Zucchini is both incredibly smart and funny, following the story of a group of orphans as they dream of a better life beyond the orphanage with incredible stop-motion animation.

However, much more than just a smart comedy, My Life as a Zucchini is a story of human resilience, making it an inspirational movie for the whole family.

For all the sports lovers out there, this is one of your best bets for some good ol’ Netflix inspiration. Four Days in October follows the story of the 2004 Boston Red Sox’s World Series run as the team attempted to break the curse of the Great Bambino.

If you’re not already a baseball fan, I won’t ruin the outcome for you, you’ll just have to see what happens. This Ron Howard classic is about the 1970 Apollo 13 lunar mission. The entire movie is painstakingly accurate down to the finest detail, which makes it incredibly fun and enlightening to watch– especially if you’re into that sort of thing.

However, what’s really inspirational about the film is its message of survival against all odds and the power of the human spirit. If you love scientifically accurate films, space, Tom Hanks (who doesn’t?), and stories about the human spirit, you’ll like Apollo 13.

42 is based on the inspirational life story of baseball great Jackie Robinson (played by Boseman) as he is met with fierce resistance while being the first black ball player to play in the major leagues since 1889.

It’s a story about courage as well as the human spirit, and serves as an important reminder of what one person can accomplish by standing up for what they believe in. To add to the authenticity of the film, Robinson’s widow, Rachel Robinson, contributed to the production process.

The Bad Kids follows four students at Black Rock High School, a school for eleventh and twelfth graders who are at risk of not getting their diploma.

Throughout the documentary, you get to know each of the four students and what has held them back. The filmmakers do an incredible job of not just showing the kids for what others see them as– screwed up, apathetic, and even dangerous– but what lies underneath.

The inspiration factor of the film comes mostly from Vonda Viland, the principle of Black Rock High. Viland treats the students with kindness and compassion, in a way that is almost saintly, checking on students individually on a recurring basis and even picking students up when they don’t have a mode of transportation to school. Through Viland, the film inspires a sense of positive action and compassion like no film I’ve ever watched.

Easily one of my favorites on this list, The Little Prince is a film adaption of Antoine de Saint-Exupéry’s novel of the same name.

It’s about a young girl who moves to a new neighborhood so that she can qualify geographically to attend the same prestigious school that her mother attended years ago. Her mother has lovingly, albeit misguidedly, planned out not only her entire education but her entire life down to the second– literally.

Starring Rachel McAdams and Jeff Bridges, The Little Prince is a wonderful reminder that life is precious and adventure and connection bring meaning. If you need to be reminded of the important things in life, watch this.

I didn’t include this because I’m a sushi fanatic– I swear. However….if you are too, you’re going to love this even more.

Jiro Dreams of Sushi is about passion and devotion to one’s craft, quite simply. It follows 85-year-old master sushi chef Jiro Ono as he continues to refine his craft, even long after becoming what many consider to be one of the greatest sushi chefs on the planet.

Watch this if you’re looking for inspiration to follow your own dream and the motivation to get to work on your passion.