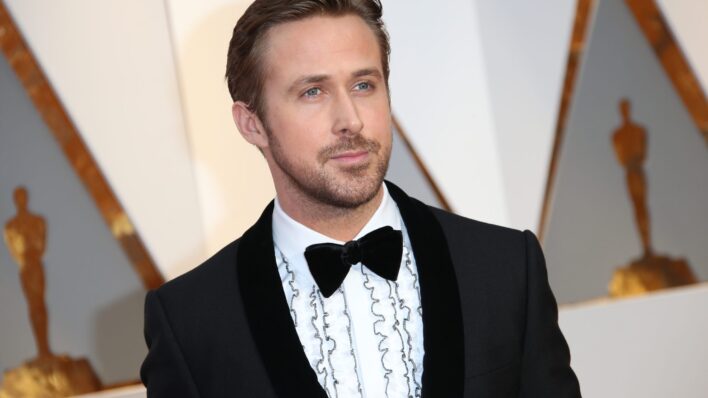 with additions by MJ Kelly A good cry can be a calming, cathartic experience and sometimes, a good ol’ tear-jerker
By Matt Valentine    August 28, 2018

with additions by MJ Kelly

A good cry can be a calming, cathartic experience and sometimes, a good ol’ tear-jerker is just what you need to get the waterworks going. A good sob releases stress and tension, and it’s important to remember that crying is not a sign of weakness, but a sign of courage and authenticity. So by all means, if you’re in the mood to let it all out, go for it and you can thank us later.

Luckily, if you need a little help stirring up those emotions, Netflix has a solid collection of sad movies that’ll make you cry.

Let’s be honest, if you’re reading this, you have it good compared to the millions of other people all around the world who don’t even have the basic necessities for everyday life.

However, we sometimes forget this.

And that’s where a great story comes in– a great sad story to be precise, one which is tragic but also offers a powerful message.

Preferably, as sad and as heart-wrenching as possible so that we’re reminded of just how special this life is and how lucky we are to have the people we have in our life.

So, if you’re looking for a sad movie (no one ever said a Netflix and chill had to be upbeat) to remind you to appreciate what you have, here are 20 movies on Netflix that will do just that. Grab a box a tissues and get ready to weep.

Perhaps the saddest one of all, P.S I Love You is a romantic classic for a reason. The film tells the story of Holly, a young widow mourning the death of her husband. After his passing, she discovers he’s left behind 10 letters for her. Each is scheduled to be delivered to her throughout the year, in the hopes of helping her rebuild her life. You’ll want the tissues on hand for this one.

2. Eternal Sunshine of the Spotless Mind

This quirky and unique romantic dramedy takes a look at what would happen if we could erase all of the painful memories that creep up on us, following an agonizing breakup. When a man discovers that his ex-girlfriend has undergone an experimental procedure to erase all of her memories of their relationship from her brain, he decides to give it a try too.

One of Robin Williams’ best performances, and definitely one of the most touching, the late actor plays a passionate English teacher who teaches his student to appreciate literature from a different perspective. In the process, he teaches them some invaluable life lessons.

This movie tells the true story of a young boy who gets lost on a train in India and gets separated from his family. Having to learn to fend for himself, he’s eventually adopted by an Australian family and as a adult, embarks on a quest to find his long lost relatives.

One of the more depressing of the bunch, Revolutionary Road stars everyone’s favorite on screen couple: Leo and Kate, but it’s not exactly the Titanic reunion you’re probably hoping for. The movie examines the collapse of the American dream and the demise of marriage. Be ready to to weep.

Based on a true life story, this inspiring movie tells the story of Christopher McCandless’ adventure into the Alaskan wilderness, after he leaves modern life behind in a quest for freedom.

This movie tells the life story of Josh Nash, the Nobel Prize–winning mathematician and economist. After he’s diagnosed with paranoid schizophrenia, his marriage and career begin to disintegrate.

8. The Pursuit of Happyness

This heartwarming film is based on the inspiring true story of entrepreneur Chris Gardner’s struggle as a single father. The story follows him as he tries to climb the corporate ladder and provide for his toddler son in 1980s San Francisco.

One of the most acclaimed movies in Italian cinema, it’ll remind you to always keep dreaming. In his war-torn Sicilian village, a young boy finds solace in his local movie house, where he meets a film projectionist who inspires him to develop a deep love for the art.

Based on the true story of Harvey Milk, the movie sheds light on his struggles as the first openly-gay man to be elected into office in America, who was instrumental in spurring the activist movement of the 1970s in San Francisco. It provides a painstaking look at this tumultuous period, while reminding us that we’re still facing much of the same debates today.

This movie tells the story of Ma, a woman who’s been kidnapped and held captive in an enclosed space for years. While in captivity, she gives birth to a son, and the ‘room’ is the only life he’s ever known, until Ma plans their escape.

Guaranteed to tug at your heart strings, this charming film is heartbreaking and uplifting all at once. It tells the story of playwright James Matthew Barrie, author of the children’s classic Peter Pan. The movie explores how he came to imagine the famous story through his relationship with the family who inspired him.

What’s meant to be a dream family vacation to Thailand turns into an epic quest for survival. Based on the real-life experience of a family separated in the aftermath of the 2004 Indian Ocean tsunami, this film will have you reaching for the tissue box before it even starts.

A Netflix original film, Beasts of No Nation is based loosely on a period of African civil war. It follows the life of a child soldier (Abraham Attah) as he’s trained by his commander (Idris Elba) in a place as rough, dangerous, and violent as anything you can imagine.

The twist is that, while the story is about the child’s growth and coming of age…even if he reaches adulthood, his world is as bleak as it gets and nothing– not even his own life– is even close to guaranteed.

City of God explores the depths of Brazil’s gang world but, like Beasts of No Nation, heartbreakingly contrasts those elements through the eyes of the children growing in those same slums and gang-ridden neighborhoods.

The movie is entertaining if you like thrillers and heavy action, however, it will never let you forget what’s at stake.

16. The Place Beyond the Pines

I first saw The Place Beyond the Pines with my wife a little over one year ago. As a father myself, the heartbreaking events of the film– which are split between two fathers’ perspectives, one played by Ryan Gosling and the other by Bradley Cooper– really hit home and made me appreciate my life and my children even more than I thought possible.

If you’re a parent or have memories of your parents struggling to do their best to raise you when you were young, this film will make you appreciate everything you have.

The first of two films on this list that are set during the Holocaust of World War II, Life is Beautiful is an Oscar-winning masterpiece about a Jewish waiter named Guido (Roberto Benigni) who falls in love with Dora, a schoolteacher (Nicoletta Braschi), and their life together.

Several years after their son Giosue is born, Guido and Giosue are separated from Dora and shipped off to a concentration camp. In an effort to protect his son Giosue from the horrible reality of the camp, Guido tells Giosue it’s a kind of game that they must play– and get through– together.

While not necessarily the most accurate emotional depiction of Holocaust occupation (it’s gotten some flack for its comedic elements)– it will do a dang good job of making you appreciate what you have.

Another Netflix original film, Extremis is about the challenges families go through when one of their loved ones is on life support– most notably, the decision of whether to keep them alive or let them rest in peace.

It’s an enlightening documentary about what both the families and the doctors who must communicate and work with the patient’s loved ones go through.

For those hopeless romantics, Atonement offers the perfect mix of romance and utter tragedy.

In Atonement, James McAvoy’s character Robbie is called to active duty and sent to fight on the beaches of Dunkirk, Germany during World War II, leaving his love Cecilia (Keira Knightley) behind.

However, this is about much more than the tragedy of war, as a plot crafted by Cecilia’s sister Briony out of jealousy spins out of control and leads to Robbie’s imprisonment. They’re later reunited, but suffice it to say that the heartbreak is still far from over at that point.

If you don’t mind having your heart obliterated, Atonement is the perfect mix of drama, romance, and tragedy that will make you reflect on just how bad things can get.

Schindler’s List is one in a long line of masterpieces from director Steven Spielberg.

And it stars Liam Neeson. What more could you want?

However, Schindler’s List is no laughing matter. Like Life is Beautiful, Schindler’s List takes place during World War II and tells the story of Oskar Schindler, a German businessman who rescued more than one thousand Jews during the Holocaust.

The film has a relatively “happy” ending, but the tragedy of the events depicted in the film hang on you long after the credits stop rolling.

Not in the mood for something sad?