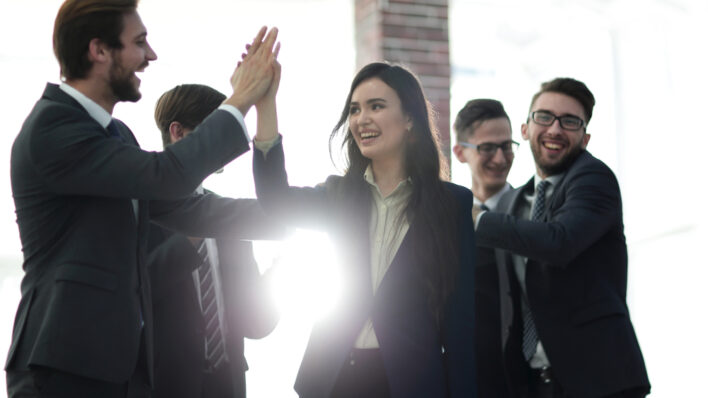 If everyone only listened to Gary Vee and worked as hard as possible, we would end up with a generation
By Sergei Revzin    July 18, 2018

If everyone only listened to Gary Vee and worked as hard as possible, we would end up with a generation of incredibly disappointed people with broken relationships and empty bank accounts.

Don’t get me wrong. I’m a fan of people like Gary Vee, Tony Robbins, and many other inspiring personalities who motivate many people by giving them that much needed push to get back to work.

But success is about so much more than hard work, and it’s crucial to take into account the other factors and traits you need to develop to succeed.

Hustle doesn’t just mean putting in 100-hour weeks to get what you want. It means doing the bold things most people are afraid to do. Behind every hustle story of a founder who closed a major deal with a multinational conglomerate, or raised $10 million from an all-star list of investors, is a thousand other stories of personal and professional risks they took to get there. Founders need to learn how to remove self-doubt and take chances every day.

Simple micro-actions that are the easiest to talk yourself out of doing can have a big impact. Perhaps that means sitting near the stage when a sought-after speaker at a conference is done speaking so that you can be the first to approach them when they get off the stage, like 18 year old Bobby Thakkar did.

Or begging your supplier to let you pay them a few days later so you have time to get paid by your own customer first because otherwise you’ll be in the red.

Ask yourself, am I willing to put my pride and reputation on the line in order to make my business succeed? Anyone who has ever started a company will admit that you have to be a little crazy to give up a steady paycheck and trade it for an uncertain life as an entrepreneur. But I think that doesn’t tell the full story.

It’s not just that most founders are crazy enough to take big risks, it’s that they have the confidence, and the unyielding optimism required to bring an idea to fruition, and most importantly the persistence to keep going when things get hard.

Most people want to give up when their ideas fail, but entrepreneurs know that as long as they keep trying new things, eventually something will work. That means you don’t blindly keep executing on the same things over and over again until you get results, but you adjust course and keep your mind open to new ideas and admit when something simply won’t work.

When Olga Nesterova was commissioned by the WNBA to have her dance troupe perform at their halftime show at Madison Square Garden, but just two weeks away from the show the organizer said they might back out of the agreement because they didn’t like some aspect of the choreography she put together, she didn’t fold her arms and pass up the opportunity.

She took her belief in herself and used that optimism to double down on making the performance happen. She called the organizer back and explained that with just two weeks until showtime she needed a firm commitment on whether her troupe would get to perform, and assured her that they would fix the choreography in time.

In the end, she got her chance and now does WNBA and NBA halftime shows on a regular basis.

Working hard on your ideas won’t get you very far if you don’t have the ability to communicate your vision to your cofounders, customers, investors, and employees. Not everyone has to be a natural visionary like Steve Jobs to get people behind their ideas, but you need to get comfortable with selling yourself and your ideas on a daily basis.

Even if you’ll never be a master orator and you find a business partner who can be the face of the company for you, you still need to be able to communicate effectively with that partner and with your team to make expectations clear. The best entrepreneurs understand the value of this, and they get very good at over-communicating and consistently setting expectations with their team so that nothing falls through the cracks.

Chef Jeff was willing to re-learn how to communicate effectively when he decided to become a chef after serving 10 years in prison for dealing drugs. He literally changed the way he talked and walked so that he was more approachable to people in the industry and so that his peers would take him seriously.

Are you willing to change how you communicate to fit your business and industry?

Having unwavering confidence in yourself and your abilities as an entrepreneur is certainly one component of success, but if it blinds you to your weaknesses then you may not get very far.

The best leaders are willing to admit when they have a weakness, and are more than happy to hire people who are more competent than them in certain areas in order to grow their business.

Every business owner inevitably faces situations that they don’t know how to navigate, and only self-aware people have the confidence to ask for help from their investors, employees, or even spouses when they have their back against the wall. Advisors are a great way to supplement the gaps in your own skills, and most successful founders acquire many advisors during the lifetime of their company.

In his book “How To Get Rich” Felix Dennis, the founder of Dennis Publishing which is known for magazines like Maxim and Men’s Fitness, wrote that in order to make money you will inevitably need to give something up. Be it vacations, time with family, or time on other hobbies and creative interests.

But before you follow the mantra that hard work will always pay off, consider the other important skills you’ll have to develop in order to succeed as an entrepreneur. Perhaps more importantly, consider what’s important to you beyond just money and glory, because success is never guaranteed, and you might as well have fun if you’re going to be working so hard.