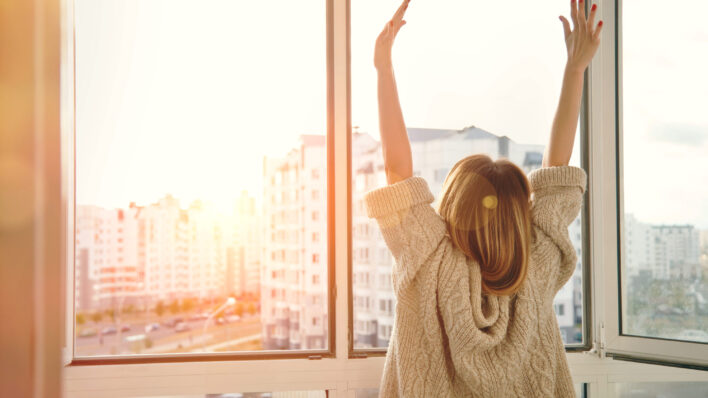 Bill Gates, Jeff Bezos and Sheryl Sandberg All Swear by This Simple but Effective Way to Get More Sleep

All of us wish we were getting more sleep, but the harder we try, the less successful we seem to
By Aly Walansky    January 23, 2019

All of us wish we were getting more sleep, but the harder we try, the less successful we seem to

All of us wish we were getting more sleep, but the harder we try, the less successful we seem to be. Ultimately, the key to sleeping well at night just may be to keep to a consistent evening routine.

In fact, business leaders like Bill Gates, Jeff Bezos and Sheryl Sandberg all purposefully set up their evening routine — something that’s often overlooked in favor of a morning routine — to ensure they’re consistently sleeping well.

But it’s not easy to do: Research shows that one-third of American adults don’t get enough sleep on a regular basis, according to the Centers for Disease Control and Prevention, and two-thirds of  us admit we’d do better at work if we were better rested according to a survey by Glassdoor.

RELATED: 5 Daily Habits to Steal from Sheryl Sandberg, Including Making Sleep a Priority

But it seems, according to new research, the key to sleep success might be just setting a nightly curfew for yourself and sticking to it.

This theory is a result of a study via FitBit reported in Yahoo Finance. In March, Fitbit began tracking sleep data from customers and compiled the results on six billion nights slept.

Consistency seems to be the answer. “If your bedtime varies by two hours over the week, you’ll average a half hour of sleep a night less than someone whose bedtime varies by only 30 minutes,” Yahoo Finance reports.

Across the US, Boston had bedtimes that varied the most, with a difference of weekend bedtimes and weekday bedtimes totaling 38.7 minutes. New York had the most widely varying wake-up times, with an average difference of 73 minutes over the week.

Experts say having a sleep routine can help you to sleep better. “Most people need a good hour of winding down down time before they’re just physically and mentally ready to go bed,” Dr. Philip Gehrman, assistant professor of psychiatry at the University of Pennsylvania’s Perelman School of Medicine told CNBC Make It in 2017.

Whether that routine involves reading at night before bed, or doing some drawing it doesn’t matter – the point is that you allow your body to rest and reset so it can restore overnight.