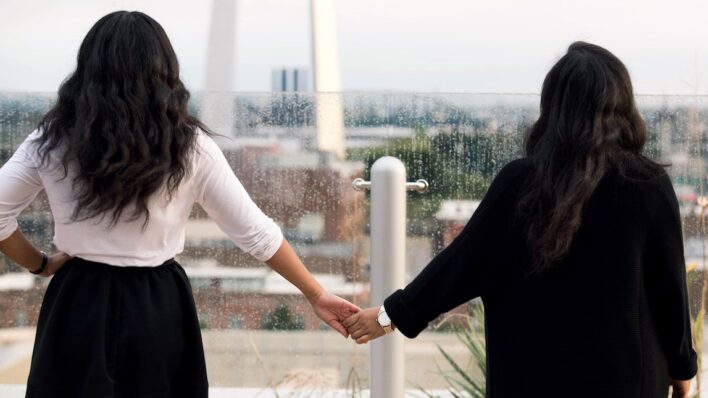 This One Joke From a Stranger Turned Her Into a Hero

Joyce Smith was willing to help someone in need of a kidney and she found a recipient in the most fateful and surprising way.
By Aly Walansky    February 13, 2020

Joyce Smith was willing to help someone in need of a kidney and she found a recipient in the most fateful and surprising way.

Saving someone’s life is evidently not an easy thing, especially when it comes to something as personal and risky as sharing one of your organs with them. These kinds of gestures always presuppose a relationship between the donor and the one who receives, like a husband to his wife or a brother to his sibling.

So when this woman donated a kidney to a complete stranger, she stunned the world with her kindness and generosity. The story has a surprising start, in a public bus.

He wasn’t even supposed to be working that day

Rex Scott is a bus driver and his wife, Valerie Scott, had been dealing with polycystic kidney disease for 7 years. The condition can be a life-threatening; her kidneys kept growing until they had reached the size of footballs, gradually losing their function.

Her options had become limited. “It was either dialysis or transplant,” Valerie told WishTV.

Rex was not even supposed to be driving the day that he had his fateful encounter with his wife’s savior, Joyce Smith. A change of schedule put the two in each other’s path.

It all started with a joke

When Joyce Smith boarded Rex’s bus, she had been on a bridesmaid trip with her friend, bride-to-be Heather Musch. Coincidentally, Musch was also in need of a kidney transplant and Joyce had elected to be her donor.

As part of the process, Joyce spent month preparing to become a viable donor. Unfortunately, Musch was not considered healthy enough to be a recipient yet and the window was closing fast on Joyce’s potential to become a donor.

That is all until Joyce and her friends were about to exit Rex’s bus.

Before he let us off the bus, he also said he takes kidney as a tip. If he had not made that joke, none of this would have happened.

This gave pause to Joyce

Joyce was already fit to be a donor, but since her friend Heather could not receive her kidney, she was had been preparing in vain. So when she heard Rex’s joke, she knew that her opportunity to help somebody had come.

I can’t take my car with me and I can’t take all these organs with me so whatever I can do now, I want to do.

Smith is no stranger to opening her heart and home to those who need it. Between natural-born, adopted, fosters and guardians, she and her husband James care for nine kids, including one who was a kidney transplant recipient six years ago.

She learned as a child this was the way: her dad got the gift of life in the form of a liver transplant when she was a child.

I just wanted to make the same difference in other kids’ lives that I as shown in my life.

She had already made the decision to be a donor and that was that for Joyce. “Because the day I decided to give it away was the last day it was mine,” she said. “I’m just holding onto it for someone else at that point.”

But what’s crazier is that she was a perfect match

It’s hard to find the right match because you don’t just need a willing donor. Both recipient and donor need to have the same blood type and six antigens. Miraculously, Joyce was a perfect match for Valerie.

“God picked out the best person. He knew what he was doing that whole time,” Valerie said. “It wasn’t a stranger in God’s eyes.”

The date of the transplant surgeries was on the 13-year anniversary of the passing of Joyce’s dad.

Of all the sacrifices to give someone on a day like that, it’s just amazing.

“If you got one, give one,” Joyce added. And sure enough, the procedures were a success. Valerie has been recovering steadily and regaining her energy.

It was not only just fate

While fate played a huge role in bringing these people together, it is their willingness to seek and provide help that saved Valerie’s life. Joyce had already been determined to help, whether it was her friend Heather or someone else.