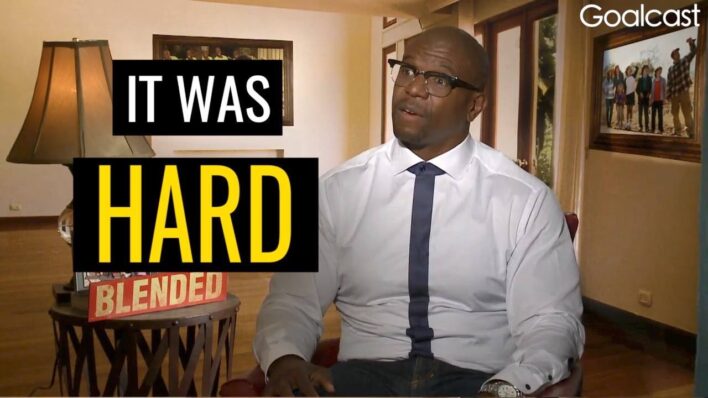 Actor and former football player Terry Crews tells us to never stop trying new things, because it’s only when you explore all avenues that new doors will open to you.

“It was hard. I was actually doing security for a little while. We were broke for a little while. People thought I would bail. I remember when I moved to LA and everybody said, ‘What are you doing? You know, you’re an old football player.’ That’s not … They don’t care. The amazing thing though, is that as I kept trying new things, new doors kept opening. This is why life is … You can’t predict what you’re supposed to do. I tell people, never kill yourself. Never. Because you don’t know what your future is. You just don’t.

“I never thought I would be an actor but here I am. I’m acting. I’ve been acting for 15 years and I think those are the things that … You get those things as you go. You get those things by trying. You start to say, ‘Oh. Maybe I can go this way. Maybe I can go that way.’ But if you stay in one spot, you’re never going to get anything. You’ll just be that guy. I try to tell everybody, and this happens for everyone, you can go. As long as you move and go, you never know what’s going to happen. You never know what the future holds for you. It may be acting, it may be business, it may be performing, it may be homemaking. But whatever it is, you have to explore it.”