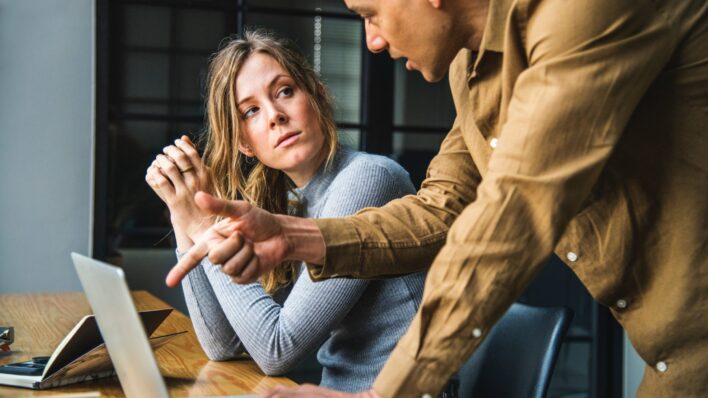 Extremely Intelligent People Do These 9 Things on a Regular Basis

Whether we’re thinking of high-performers or straight-up geniuses, it’s always fascinating to know how the best and brightest think and act.
By Matt Valentine    June 14, 2018

Whether we’re thinking of high-performers or straight-up geniuses, it’s always fascinating to know how the best and brightest think and act.

And while there can never be an all-encompassing resource that perfectly captures the universal patterns of all extremely intelligent people, it is quite easy to tease out common behaviors and thought patterns.

And it’s also a good idea. Why? Because by knowing how the smartest people act, we can adapt our behavior to be more like theirs– or, at least, take cues from that information– and be more effective as a result.

And, just as a disclaimer, when I think of an intelligent person, I’m not referring to a Mensa member who does nothing with their life but claim a high IQ.

An intelligent person isn’t just someone with a high IQ, but also someone who also applies their knowledge in a smart way. In my opinion, intelligence is one part content (the mental capability) and four parts application.

How someone applies the intelligence given to them is a true sign of their overall intelligence, and the extremely intelligent know this and seek tirelessly to align their actions with their thoughts and ideals.

The sign of an intelligent people is their ability to control their emotions by the application of reason.

Extremely intelligent people may or may not be spiritual, however, one thing is for certain: they attempt to live their life based on a sound rationale that marks everything they do.

Extremely intelligent people are keenly aware of the fact that we only have so many hours in a day, days in a year, and years in our lifetime.

They’re aware that balance is important, however, they’re also aware of their own impermanence and finite resources, so they often intentionally break this sense of balance and make sacrifices for the sake of achieving their major goals.

3. They make friends with their faults

Intelligent people are typically very self-aware, so they’ve become conscious of their faults.

And, while it’s very difficult not to kick themselves over these faults at first, over time, they learn how to navigate and come to terms with them. In this way, they become very comfortable in their own shoes.

4. They have opinions about everything While this is not always a useful quality, extremely intelligent people tend to have an opinion about anything and everything given that their mind is so active, working almost nonstop.

This helps in some situations, but as suggested above, really doesn’t in others. Overall, it’s mostly just a byproduct of an overactive mind. However, it’s a hallmark of a highly intelligent person.

Going along with the same conscious theme we touched on a few points ago, extremely intelligent people are very intentional with their thoughts and actions.

This means that they don’t jump at the first idea, impulse, influence, or nudge. They absorb information and then consider it against everything they know first, deciding then if they should be influenced by the information or not.

6. They don’t consider themselves extremely intelligent

Extremely intelligent people know that there’s more they don’t know than that which they do.

Truly intelligent people are not conceited or overconfident. In fact, they often fly the opposite direction and openly express themselves as more lost and less secure, not so much because they are more so than other people but because they’re more keenly aware of it in themselves than the average person.

However, this isn’t all bad. This often leads extremely intelligent people to feel a sense of wonder about life that the average person never realizes, knowing that there’s so much more for them to learn and discover.

7. They embrace their quirkiness

Extremely intelligent people tend to be outsiders because they’re not what most would call “normal.” In fact, simply displaying incredible intelligence often secludes a person from others because of the jealousy other people feel towards them.

However, much more than that, extremely intelligent people tend to be quirky and sometimes even defiant. So, they’re not just outcasts because of others, they’re outcasts of their own choice as well.

Along these same lines, extremely intelligent people tend to question conventional wisdom and follow their own path.

Because extremely intelligent people can see things differently, they tend to challenge traditional opinions. And, as a result, they follow a path that is uniquely their own based on this knowledge.

9. They’re aware of the ever-changing nature of life

Extremely intelligent people tend to notice trends, the most important one being the fact that everything dies or disappears eventually (i.e. impermanence).

That’s because a deeper understanding of impermanence is necessary to see it as a beautiful truth, whereas a lack thereof often makes us view it as a depressing fact.