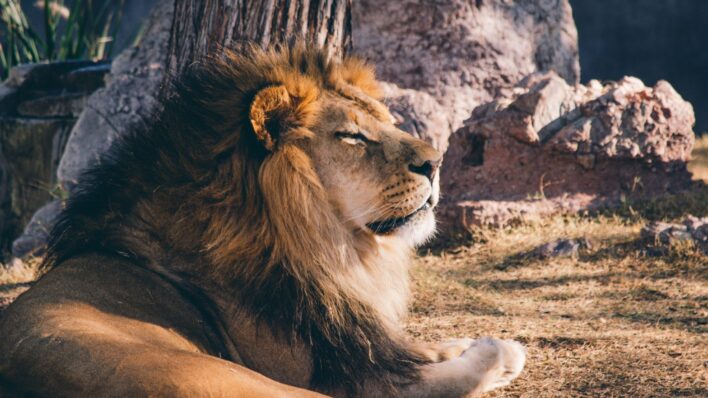 8 Traits of High-Performers Who Have a Winning Mindset

Champions are admired. Champions are loved by millions of people. But few people know what it actually takes to become
By Michael Leonard    May 9, 2018

Champions are admired. Champions are loved by millions of people. But few people know what it actually takes to become a champion in sports, business, and life. Dr. Bob Rotella is one of them.

He is a sports psychologist who has worked with elite athletes and business leaders and got to learn first-hand from the best. In his book, How Champions Think: In Sports and Life, he breaks down how champions are different in almost every aspect of their lives.

Champions, in sport and business, have the mindset to match their success. They choose to have the right mindset to perform their best. Two main qualities seem to appear in almost all successful people — optimism and confidence.

Optimism is needed to be successful as a lot of big dreams will feel impossible. A pessimistic person will see all the struggles, adversity, and obstacles and decide to quit. The odds are almost always against massive success. But, with an optimistic mindset, champions understand that things can turn out well if they work hard and believe it can happen.

Optimism is a choice, confidence, on the other hand, is controlled by the subconscious mind. Luckily, the subconscious is susceptible to suggestion and can be changed. The subconscious monitors all thoughts about yourself. Champions understand the power of their mind and choose to feed it positive thoughts and images constantly.

Sure, they make mistakes in big games but they don’t let it hold them down. They choose to only remember the good and forget the bad. Champion golfer Jack Nicklaus once said, “I have never three-putted the last hole of a tournament or missed inside of three feet.”

A quick stat check will show that neither of these statements is true, but he chose to only remember the positive and forget the mistakes.

2. Craft the right self image

As William James said, “People tend to become what they think about themselves.” Champions have a different self-image than the average person. They understand that their self-image will determine how successful they become in life.

Champions are different than most because they choose to construct confident self-images. Most people use negative self-talk and doubt their abilities while champions fuel themselves with encouragement. Champions understand that talent will only get themselves so far in their sport or business. They use talent for the initial momentum but they know talent will only last so long. LeBron James is a great example.

At 18, he was already a childhood prodigy set for superstardom in the NBA. Despite his enormous talent, he continues to be one of the hardest working players in the league. At 33 years old in his 15th season, he logged more minutes than any other player in the league this season.

A quick look at his Instagram shows his insane work ethic and determination to his craft. Champions understand they’re talented but they know hard work will make them unstoppable.

4. Commit to the process

Champions love the process as much as they love the results.

They are devoted and committed to improving every single day, whether it’s Michael Jordan being the first to practice and last to leave or Tiger Woods introducing the golf world to fitness. Champions enjoy the smallest details of preparation as much as the biggest moments.

They understand that staying committed is where the real progress is made. Each practice isn’t about winning the championship but it’s getting them ready for greatness. They love the game, win or lose, on both good days and bad days.

They stay committed by developing an attitude of resilience and perseverance. Champions understand what Spartan warriors used to say: “Sweat in practice so you don’t bleed in war.” Champions make practice hard, they make it long and grueling so they can be prepared when they are needed most.

Athletes and champions make a choice to take pride in their persistence and patience. They understand setbacks are inevitable. But they don’t take them personally or let them diminish their belief in themselves.

Elite champions understand that big goals need to be broken down into small, attainable steps. If the big goal is to win a championship they need to break into mini goals to stay encouraged and motivated.

They understand the importance of intermediate goals. These goals give them short-term satisfaction while working toward their biggest goal.

6. Take control of their future

7. Get over losses quickly

Champions reflect on tough losses so they can learn from them, but they don’t dwell on things. They understand that it’s in the past and they can’t change it now. Instead, they use the loss as fuel to the fire.

They also don’t make snapshot judgments of themselves and abilities following a loss. When some people fail and instantly engage in negative self-talk about themselves and belittle their abilities. Champions use their optimistic attitudes to learn from their mistakes and work toward a better performance in the future.

8. Surround themselves with winners Champions understand that the people closest to them play a huge role in how successful they will become. No one ever made it big on their own, everyone gets help along the day. It could be a mentor, coach, teammate, spouse, or parent. Champions choose to surround themselves with people that will help them become great.

In the end, champions take full responsibility for themselves and their life. They learn to control their mind and body to align with their goal. Champions never take a shortcut and never give up when things get tough. They know that with a plan, the right attitude, and resilience they can accomplish anything.