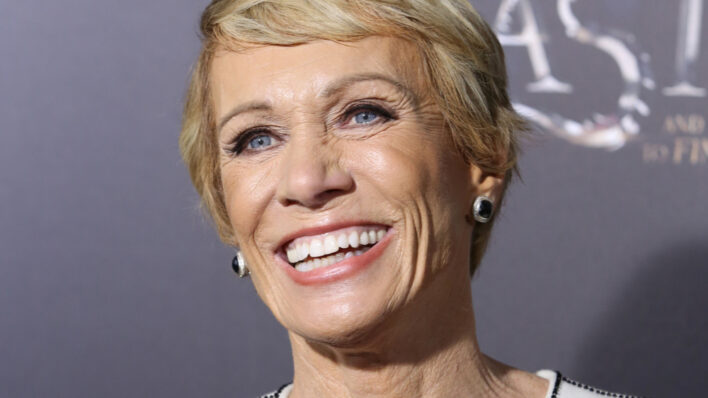 Successful Entrepreneurs Reveal How to Face Failure With Grace and Grit

Failure is a natural part of life. So, if you ever hope to succeed at anything, learning how to deal
By Matt Valentine    March 1, 2018

Failure is a natural part of life. So, if you ever hope to succeed at anything, learning how to deal

Failure is a natural part of life. So, if you ever hope to succeed at anything, learning how to deal with it is critical.

Few understand this better than entrepreneurs, who practically make a career out of failing until they hit that one big break that changes everything. But if you’re an entrepreneur, you already know this, right? Unfortunately, that doesn’t make it any easier to deal with. For that, you need to turn to the insights and wisdom of the successful business leaders who have come before you.

Success is not final, failure is not fatal: it is the courage to continue that counts.

So, what do some of the most successful entrepreneurs in the world say about dealing with failure? You’re about to find out.

1. Use rejection as a springboard – Airbnb co-founder Brian Chesky

Valued at over 30 billion dollars, Airbnb is one of the single most successful startups to ever come out of Silicon Valley. And that’s saying a lot.

However, before Airbnb exploded in popularity– to the point of becoming a household name– co-founders Brian Chesky, Joe Gebbia, and Nathan Blecharczyk got through their own fair share of failure.

Here is what Chesky wrote in a 2015 piece on Medium:

“Below you will see five rejections. The other two did not reply…The investors that rejected us were smart people, and I am sure we didn’t look very impressive at the time.”

Bryn Mooser, co-founder and CEO of booming virtual reality studio RYOT, says you need to develop thick skin to deal with inevitable bumps in the road and unexpected setbacks:

“I think you have to have an incredibly thick skin…You have to be really passionate. And you have to fail a lot — and when you fail, you have to pick yourself up and learn and change and adjust.”

Murray Newlands, founder of the online invoicing company Sighted founder, understands how draining entrepreneurship can be, but says that looking anywhere outside of yourself is a mistake:

“It’s so easy as an entrepreneur to get sucked into feeling exhausted or frustrated, and often the blame is yours alone,” writes Newlands, “But a negative mindset sucks up mental bandwidth and energy that you need to stay focused and successful.”

“Whenever you see a quote or a picture that helps you stay positive, place it front and center so you can remember what this journey is all about.”

4. Use failure as motivation to do better – Billionaire investor Mark Cuban In an interview with Bloomberg, Dallas Mavericks owner and Shark Tank co-star Mark Cuban gave insight into how he views failure and how to respond to it productively:

“Every one of my companies, whether something I started or something I invested in, is a scoreboard. How am I doing? A lot of investors or advisers play it as a numbers game.”

“If they invest in 20 companies, as long as one success covers 19 losses, they did OK. I look at every loss as a huge failure. I had an investment go bad recently. I lost $1.5 million on it. It pisses me off to no end.”

He goes on to say that, instead of letting failure get you down, if you can respond to it more constructively with the right questions, you can turn a loss into a gain:

“You can also use it as motivation. What did I do wrong? Who did I trust that I shouldn’t trust? What can I learn from this situation so I can avoid it next time?”

Fellow Shark Tank co-star and founder of New York’s most prominent real estate firm Barbara Corcoran doesn’t just see failure as something which needs to be overcome, she’s shifted her whole perspective about it:

“All of my best successes came on the heels of a failure, so I’ve learned to look at each belly flop as the beginning of something good,”

“If you just hang in there, you’ll find that something is right around the corner. It’s that belief that keeps me motivated. I’ve learned not to feel sorry for myself, ever. Just five minutes of feeling sorry for yourself takes your power away and makes you unable to see the next opportunity.”