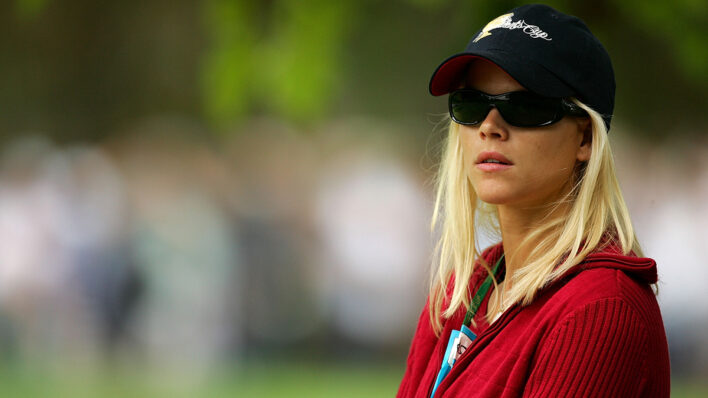 How Tiger Woods’ Ex-Wife, Elin Nordegren, Is Doing, 11 Years After Their Scandalous Divorce

Tiger Woods’s ex-wife Elin Nordegren was living through a nightmare. So where is she now, more than 11 years after her husband’s scandal?
By Shaoni Das    August 1, 2022

Tiger Woods’s ex-wife Elin Nordegren was living through a nightmare. So where is she now, more than 11 years after her husband’s scandal?

The world will never forget the allegations that Tiger Woods cheated on his (now) ex-wife, Elin Nordegren. It was the moment that forever tarnished the athlete’s reputation. Before then, he’d been known as one of the greatest — if not the greatest — figures in golf. There’s a reason why he’s broken innumerable records and is No. 1 in PGA Tour wins alongside Sam Snead — he’s simply phenomenal. He also carved out a unique place in what is traditionally a stomping ground for rich White men.

That’s not to say Tiger Woods isn’t considered a superb sportsman any longer. But a lot of discourse around his career revolves around the 2009-2010 affairs scandal. The news dominated mainstream media for a solid year, resulting in the divorce between Tiger and his wife, Swedish model Elin Nordegren.

While the allegations have been scrutinized to death, there isn’t a lot of information out there on the current dynamic between Tiger Woods and ex-wife Elin Nordegren. So it’s worthwhile to take a step back, look into their sweet beginnings, and examine how their relationship has evolved over the years.

Elin Nordegren was born on Jan. 1, 1980, in Stockholm, Sweden, to Barbro Holmberg and Thomas Nordegren. Her mother, Barbro, was Sweden’s Minister for Migration and Asylum Policy from 2003 to 2006, and served as governor of Gavleborg County for seven years. Elin’s father, Thomas Nordegren, is a political journalist and writer who served as a Washington, D.C., bureau chief. She has a twin sister, Josefin, and an older brother, Axel.

Although Elin hails from a prominent Swedish family, she didn’t necessarily grow up with a silver spoon in her mouth. She and her sister had to earn their pocket money; they worked as cashiers through the summers to pay for school. Erin also did some modeling work in the early 2000s, landing a cover on Cafe Sport magazine at just 20 years old.

She’d been working at a retail clothing store when she met Mia Parnevik, the wife of Swedish golfer Jesper Parnevik. Mia immediately took a liking to Elin, and offered her a position as nanny to her children. Elin accepted, and moved with the family to the United States. There, Elin accompanied the family to golf tournaments, turning heads wherever she went.

She met Tiger in 2001 at British Open. But while he was immediately smitten with her, Mia recalled that Elin “had no interest in Tiger, and he was OK with that.” Elin told People magazine that she had her “opinions about celebrities,” but Tiger made her think they were more similar than expected.

I got convinced that we were a lot alike and agreed to a date. The biggest reason I fell for him was because we had a lot of fun together.

Elin had been seeing someone at the time, and wasn’t particularly keen on beginning a long-term relationship. She was also focused on going to school to become a child psychologist. Yet Tiger convinced her to give him a chance. In November 2003, Elin accompanied Tiger to the President’s Cup in South Africa. The two became engaged the same month during a four-day stay at the Shamwari Game Reserve.

The two tied the knot on Oct. 5, 2004, in a ceremony that spared no expense. The golf legend rented the entire Sandy Lane Hotel in Barbados, including three golf courses and about 110 rooms. It cost around $2 million for the venue. The couple went on to have two children during their nearly six years of marriage: daughter Sam Alexis, born in 2007, and son Charlie Axel, born in 2009.

The first of the accusations against Tiger Woods surfaced in a National Enquirer report that alleged the golfer had an extramarital dalliance with New York City nightclub owner Rachel Uchitel. Although Uchitel denied the accusation, it soon became apparent there was more to the story. According to HBO’s Tiger Woods documentary, the golfer had Uchitel call Elin to assure her there was nothing going on between them.

The situation only grew murkier when Tiger became involved in a car accident on Nov. 27, 2009, a few weeks after the Enquirer article. He crashed into a fire hydrant, a tree, and several hedges near his Florida mansion, and suffered facial injuries. The press jumped to speculate on how the accident occurred, with some even theorizing Elin Nordegren finally broke, and was somehow responsible for the crash.

HBO’s Tiger confirmed Elin had confronted Tiger the same night about his affair with Uchite. Therefore, tensions were running high between the married couple. According to the Los Angeles Times, theories circulated that Elin had been “chasing Woods with a golf club at the time of the crash and smashed the back windows of the vehicle.”

Tiger and Elin vehemently denied those rumors, and Tiger claimed full responsibility for the collision. “My wife, Elin, acted courageously when she saw I was hurt and in trouble,” he said in a statement. “She was the first person to help me.”

Elin told People, “There was never any violence inside or outside our home.” She added that speculation that she could have inflicted violence on him is “truly ridiculous.”

However, the reported tryst with Rachel Uchitel was only the tip of the iceberg. Over the next couple of months, a dozen or so women came forward, claiming to have slept with the married golfer. Tiger subsequently owned up to these “transgressions,” and stated that he’s “far short of perfect.”

Tiger reaffirmed his love for his wife, writing, “Elin has always done more to support our family and shown more grace than anyone could possibly expect.” He once again dismissed malicious gossip about his car accident. He also announced he would take time off to try to salvage his marriage.

Those efforts didn’t come to fruition, however. Amid widespread media coverage, Elin filed for divorce in mid-2010. The two finalized their divorce on Aug. 23, 2010, at the Bay County Circuit Court in Panama City, Florida. Elin received $100 million in the divorce settlement.

Elin Has ‘Moved On,’ and Is in a ‘Good Place’ with Tiger

Although the adultery scandal generated global interest at the time, the gossip subsided in the years afterward. That’s provided both Elin and Tiger with enough space to begin their lives anew. One can only imagine the hardship Elin must have faced amid the media circus. She’d become an overnight “spectacle,” to be mocked and ridiculed simply for existing.

It’s no wonder Elin didn’t want to have anything to do with Tiger in the wake of the scandal. Following the divorce, she bought a 1920s-era mansion in North Palm Beach, Florida. She then demolished it to build an innovative new structure, inadvertently giving way to a metaphor of her life. Elin fulfilled her dream of earning a degree in psychology, and graduated in May 2014 from Rollins College in Winter Park, Florida, earning the distinction for Outstanding Senior. She said in an interview that education “is always what [she] wanted,” and that she is proud to set an example for her children about following your passions.

Elin Nordegren and Jordan Cameron Have Been Together Since 2019

Tiger Woods’ ex-wife, Elin, has fallen in and out of love a few times since their divorce. She dated coal tycoon Chris Cline between 2011 and 2016 (he later died in a helicopter crash). In early 2019, Elin began dating former NFL tight end Jordan Cameron. In June 13, 2019, it was reported the two were expecting their first baby (Jordan has a son, Tristan, from a previous relationship). Elin gave birth to her third child, son Filip Nordegren Cameron, in October 2019 (they filed to change his name two months later to Arthur Nordegren Cameron). Elin and Jordan are still together.

She has been fiercely private about her life, post-Tiger. However, the few interviews she’s given reveal a great deal about the evolution of their relationship. In a 2010 interview, Elin disclosed that she’d never suspected Tiger of cheating on her. In fact, the whole state of affairs proved to be an absolute shock.

I’m so embarrassed that I never suspected — not a one. […] Forgiveness takes time…I am going to be completely honest and tell you that I am working on it. I know I will have to come to forgiveness and acceptance of what has happened for me to go on and be happy in the future.

Elin Is Determined to Make Co-Parenting Work with Tiger

At the same time, Elin is committed to making things work with Tiger as co-parents to their two children. The mother of three made it clear 11 years ago that she wanted the children to be close with Tiger. “I will always have a working parenting relationship with Tiger,” she asserted.

I have moved on, and I am in a good place. Our relationship is centered around our children, and we are doing really good — we really are. He is a great father.

Elin’s development over the past decade speaks volumes about her sense of self and maturity. She’d been a young mother of two when her entire world crumbled and she had to reckon with a betrayal of the most extreme kind. But the Swedish psychology kept her head down and focused on her priorities.

The scandal, and subsequent divorce, empowered Elin Nordegren to fulfill her dreams and invest in education. Yet, she also has enough room in her heart to maintain a cordial rapport with Tiger, if only for the sake of their children.

We need to remember that all situations, no matter how pleasant and testing, have an expiry date. If we can cope with them thoughtfully and patiently, they too shall pass, and we’ll be able to climb back up to the surface and gain a fresh perspective on our life.