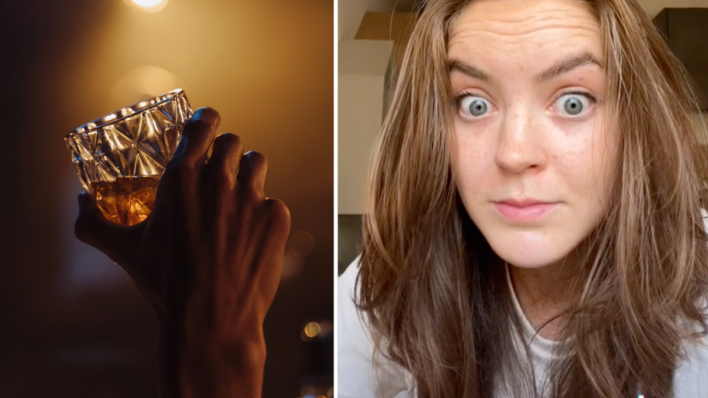 One young woman is going viral for her quick-thinking while on vacation.
By Amber Dowling    August 10, 2022

One young woman is going viral for her quick-thinking while on vacation.

A fun night out with friends can quickly turn into a nightmare. It’s not a reality we like to think about but unfortunately, it is reality. And one savvy TikToker is here to remind us all that when it comes to having a good time while out with friends, it’s important to be smart and keep your safety in mind at all times.

How a TikToker Almost Got Drugged During Her Spring Break Trip

A TikToker who goes by the name @itsthecealion recently shared her experience from a Spring Break trip in Florida with a now-viral video breaking down the situation. “Older lady in a bar: OMG I’m too drunk please finish my drink for me,” she wrote in the overlay while miming the scenario. “Me: thanks.”

The TikToker revealed she then pretended to drink while dancing with friends and looking around to see where the lady went. “Seeing her DEAD sober talking to three scary men and staring at me from a dark corner,” she continued.

In the caption, she used the hashtags #humantraffickingawareness, #menarescary, and #criminalminds to drive home the point: She believes she was almost human trafficked.

A friendly reminder to NEVER accept free drinks from strangers if you didn’t watch the bartenders make it themselves.

How a Woman’s Quick-Thinking Saved Other Lives

Since the post went up in mid-July it’s been seen nearly 650,000 times and has received hundreds of comments from people either sharing their own scary stories or asking her why she took the drink in the first place. As she explains, she accepted the drink for a pretty good reason.

“Before anyone asks, I took the drink in the first place because I’d rather she give it to me than someone who might have actually drank it,” she added in the comments. She revealed that after a while, she gave it to the bartender and asked him to pour it down the drain because she believed it was drugged. When that happened, the group of scary men and the woman left the bar.

“Just heads up with your caption even if you see the bartender make the drink you still shouldn’t accept it from a stranger they could still slip it in,” one user added in the comments.

“Sometimes the bartenders are in on it too,” added another. “Always go out in groups and never let a friend go off with a stranger.”

How a Woman Proved the Importance of Staying Aware

According to the FBI, human trafficking is the illegal exploitation of a person. In the United States, both residents and foreign nationals are bought and sold like modern-day slaves, with traffickers using everything from violence and manipulation to fake romantic relationships in order to force people into becoming prostitutes or workers with little to no pay.

It’s estimated there are 24.9 million victims worldwide at any given time, and that traffickers prey on children and adults of all ages and backgrounds.

That’s a scary number to be sure, but another reason to take safety seriously the next time you’re out with friends and in a situation where you could be vulnerable — no matter what age you happen to be.

If you’re going out with friends and drinks are involved, go in with a game plan. Set limits (while also saving money), drink slowly, sip water, stick to one substance at a time, and eat properly before and afterward. When deciding where to go, avoid places with overcrowding or bars that are known for ignoring safety standards. Ensure the servers and security staff are treating customers with respect and also make sure that you know how you’re getting there and getting home.

When it comes to enjoying your actual night out, there are a few cardinal rules to follow as well: stay together, always watch your drinks, be aware of your surroundings, drink responsibly, use any ride sharing apps with caution, and watch what you post on social media.

If you notice a sudden cloudy color in your drink, flecks or dust on the ice, lots of bubbles, or a change of color, don’t drink it. And if you do suspect you’ve been drugged, alert the bartender and have a friend take you to the nearest hospital immediately.