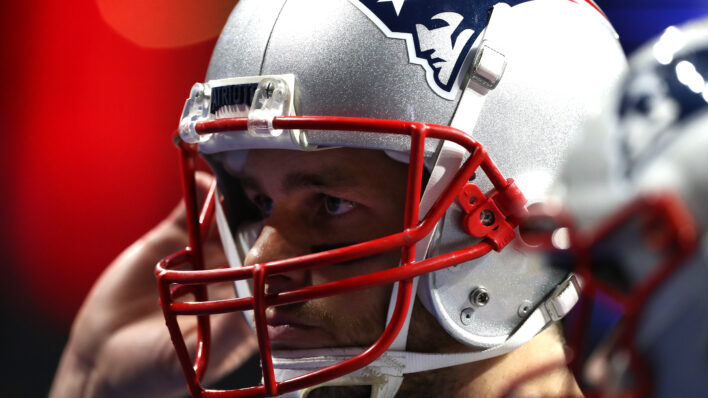 On Super Bowl Sunday, Tom Brady marched the New England Patriots to victory for the team’s sixth championship in 18
By Joel Balsam    February 4, 2019

On Super Bowl Sunday, Tom Brady marched the New England Patriots to victory for the team’s sixth championship in 18

On Super Bowl Sunday, Tom Brady marched the New England Patriots to victory for the team’s sixth championship in 18 years (did you really expect anything different?).

At 41-years-old, Brady is no spring chicken, yet year after the year, the quarterback manages to win under immense pressure, including this year’s 69-yard fourth quarter drive that led to with the game’s only touchdown.

So, how does arguably the greatest NFL player of all time manage to do it? Sure, he has a healthy diet, exercises a ton, and gets proper sleep (he reportedly goes to bed at 9 p.m. and wakes up without an alarm). But he also has a daily regimen of brain exercises to thank.

Brady told Sports Illustrated in 2017 he plays a total of 29 brain games every day on his laptop or iPad that train his “attention, memory, brain speed, navigation, people skills, and intelligence.”

Here’s how the games are described: “Three balls appear; they start to move around, and then more balls are introduced; you have to point out the original balls. Another game: Twelve birds flash on the screen, one with dark wings, and you have to click on the quadrant of the screen where the dark-winged bird was located when the birds disappear.”

Brain HQ, a company that makes some of the games, told ESPN their exercises were never intended for someone like Brady, but they suddenly got a call from the star quarterback requesting a meeting.

“We improve people who need improvement,” said Henry Mahncke, CEO of Posit Science. “Old people, people who’ve suffered cognitive damage, but not a guy at the top of his game using our exercises to get better.”

During the meeting, Brady was the one to convince the Brain HQ of their product’s potential, not the other way around. “He said, ‘I’m at the point where I want to be the best in every possible way,” Mahncke recalled. “I came across the exercises in Popular Science, and I can already see the difference in my brain function. This kind of brain training is like physical conditioning. It can help anyone.’

Mahncke added: “If you have bad cognitive function, we can help you. But Tom was using the same exercises that people in much worse condition use. We didn’t have to change the science at all. He was just using them at a totally different level.”

While some studies suggest brain games might not be all they’re cracked up to be, other successfull people – Warren Buffett, Bill Gates, Mark Zuckerberg, and Elon Musk – also play cards or video games to improve their focus, CNBC reports. There’s also plenty of data to back up meditation as a way to improve brain function.

For Brady the proof is in the pudding, not only for improving his Super Bowl-winning play, but also for fending off career-ending head injuries.

“The body is a whole system and that includes the brain,” Brady said in a 2014 Sports Illustrated profile. “I’m lucky I haven’t had many concussions – maybe one I can remember. I’m training for if that happens. I’m building resiliency and staying sharp. I feel like that’s really where my edge is.”