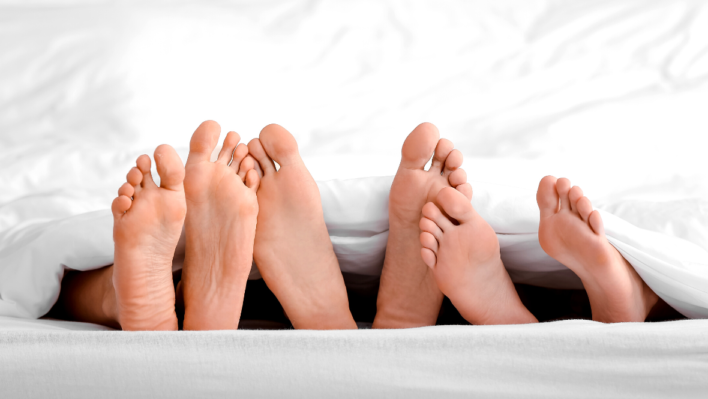 We’re living through a revolution of labels, where outdated and narrow definitions of reality are starting to expand. This applies to all areas of life, from gender, to communication styles, to therapeutic approaches and, of course, to sexuality and relationships. Whereas in days gone by you were either in a romantic relationship or not, in the modern era, there are many, many ways to relate romantically.

RELATED: The Platonic Relationship: Everything You Need to Know About Platonic Love

What’s relevant is how these labels and definitions help you better understand your own unique way of relating and loving. The polyamorous relationship is, above all else, one of the most common unconventional approaches to love, where a range of behaviors previously thought of as exclusive to one person, apply to multiple people at once.

Naturally, polyamorous relationships aren’t straightforward. They’re not an escape from committed relationships or an act of hedonism. The full picture of polyamory is one that requires emotional maturity, trust, and solid communication skills. If you think you’re ready to consider this way of relating, let’s walk through the various nuances and complications.

Polyamory is often referred to as ethical non-monogamy. Monogamy is the most conventional, socially accepted form of a romantic relationship, whereby two people commit to each other, remain sexually and romantically exclusive, and typically reserve a special place for their partner. This is the default, and for most people of a certain generation in the Western world, the automatic assumption of “the way things are.”

Non-monogamy, then, is the opposite — the act of having sexual, romantic, or intimate relationships with multiple people. However, that loose term includes cheating and acts of adultery, deeply upsetting behavior that involves dishonesty, lies, and deceit. That’s why the “ethical” label is crucial in polyamory; it involves consent between everyone involved.

So, in short, a polyamorous relationship is where someone has multiple intimate relationships, openly and honestly, at any one moment in time. It’s largely driven by the belief that love is far too significant and powerful to be limited to one relationship.

A quick note on a similar definition: polygamy. Unlike polyamory, polygamy involves being legally married to multiple people at once. Although common in a number of cultures, it’s important to note that in the United States, polygamy is unlawful, in accordance with the Edmunds Anti-Polygamy Act of 1882. Once someone is legally married, any subsequent marriages are null, and don’t count as “official”. The crime can even lead to time in prison.

What Are the Main Types of Polyamorous Relationships?

As the field of polyamorous relationships evolves, so does the language. These terms may inspire people to think outside the box, or give themselves permission to explore different dynamics. But there’s no set way to be polyamorous. Some people may only cultivate fleeting romantic or sexual relationships, whilst having a primary partner that fulfills a more traditional role. Others polyamorous couples may have an agreement that occasional romantic flings are okay, as long as they’re communicated and feelings don’t develop.

The Complications of Polyamory

It’s worth noting that polyamorous relationships, by default, aren’t necessarily more evolved, or more mature. The evolution of polyamory is an opportunity for people to uncover what truly feels natural and right for them, in their heart of hearts, leading to fulfilling and nurturing relationships. Polyamory should be pursued only if it feels right for everyone involved. If not, it can cause more complications and heartbreak.

RELATED: What to Do When You’re in a Toxic Relationship (Even if You Can’t Get Out)

Jealousy is, naturally, a big component of these types of relationships. Some people may intellectually subscribe to the idea of polyamory, but once in a relationship, once developing feelings and falling in love, feel a lot of pain that their partner is then sexually intimate with other people. It’s important to validate and understand these emotions, not to dismiss them as unevolved or immature.

Other complications of polyamory come in the form of communication, honesty, and boundaries.

Let’s be totally honest — if you took a cross-section of humanity, and gauged how well they communicate, especially when it comes to vulnerable relationships, we’d score quite low. At a collective level, it seems we’re going through a stage of evolution, where people are learning about ways to express emotions, share their wants and needs, and understand their love language. Any issues with communication generally become amplified in a polyamorous relationship.

If you struggle to express your needs with one person, that will become even more difficult with multiple partners. If you are indirect, withhold, or shut down when feeling emotions, that will also become more impactful if multiple partners rely on you to communicate clearly. Polyamorous relationships aren’t by default more evolved, but they do require an element of increased maturity, in both the way you communicate and self-regulate emotions.

The logical extension of issues with communication is unhealthy or vague boundaries. Solid, clear, and concise communication and deep questions are needed to create the foundation of trust that a polyamorous relationship requires. Are there certain no-go areas, for example, do you feel comfortable with your primary partner dating other people, but feel uncomfortable at the thought of them spending extended periods of time with someone they’re sexually active with?

Monogamous relationships should not be free from this level of specific understanding. It’s easier to avoid such levels of clarity, and default to the standard expectation. In a polyamorous relationship, there’s less room to hide, as ground rules have to be established early on. Any issues with expressing or respecting these rules can lead to upset in the long run.

Honesty starts with the individual. You have to dig deep within yourself to truly understand if polyamory is right for you. If you engage in a polyamorous relationship because you feel it’s the right thing to do, that it signals “spiritual” advancement, or because you feel pressured into it, it won’t work out. Equally, if the idea of multiple partners appeals to you because it allows you to avoid commitment issues, or fears of deeper intimacy, your motivation needs to be assessed and understood.

Honesty begins with self-honesty, which then requires solid communication to share with everyone else involved. This is where polyamorous relationships can lead you back to yourself — allowing you to develop the confidence to express what feels right and what doesn’t. When emotions are in the way, or if you fall in love with a primary partner who engages in polyamorous relationships, it’s not straightforward to step back or set certain expectations.

In the long run, though, you’ll thank yourself for it. Polyamory is a challenge to the status quo, an invitation to look within and explore new paradigms of relating. The philosophy of polyamorous relationships is free-love; but that doesn’t bypass the need for trust, integrity, and respect. If you’re able to navigate this and feel a sense of freedom and authenticity with multiple people, then follow your heart, and allow love to guide you.

How To Rebuild Trust In A Relationship: A 4-Step Process to Regain Trust