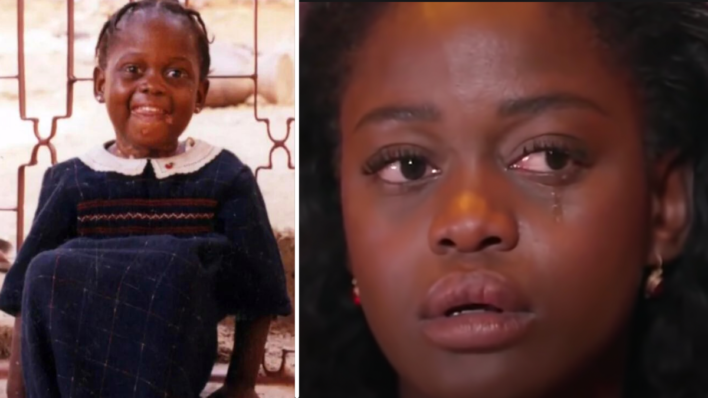 Michaela DePrince was known as No. 27 growing up in Sierra Leone during a violent civil war.
By Amber Dowling    August 4, 2022

Michaela DePrince was known as No. 27 growing up in Sierra Leone during a violent civil war.

Inspiration, motivation, and a reason for pushing through can come from anywhere. The key is to pay attention when it shows up. That’s a big message Michaela DePrince wants to impart to those around her after having one of the rockiest starts in life.

When Michaela was born in Sierra Leone during a brutal civil war, she was named Mabinty Bangura. Rebels killed her father and, not knowing what to do, her mother gave Michaela most of the food, and wound up starving to death. The three-year-old girl was sent to an orphanage, where the women tasked with taking care of her quickly deemed her the “least likeable” child.

Michaela was born with a skin condition called vitiligo, in which patches of the skin have no pigmentation. Those patches on her body led the others to call her the “devil’s child,” and of the 27 kids at the orphanage, she was numbered No.27.

RELATED: Doctors Wanted to Put Baby with Down Syndrome in an Institution – 15 Years Later, She Proves Them Wrong

That meant she got the last pick of clothes and food, and as a result, she was lonelier than ever and hungry. “They kept saying, ‘Why would somebody want to adopt the devil’s child?’” she revealed to NBC News.

The only way I could survive was… to prove everybody wrong.

At the orphanage, Michaela only had one friend — another girl named Mabinty, who ranked No. 26. The other Mabinty had a low ranking because she was left-handed and wet the bed. The pair looked out for each other and became best friends.

“She was at fault for almost everything in the orphanage,” Michaela’s friend recalled to the publication. “So instead of having her be timed out by herself, we decided that we would both take the blame for it.”

RELATED: Woman Bullied For Being “Too Big” Defies All Expectations By Becoming a Successful Dancer

But then one day the winds brought change. A magazine blew up to the orphanage gates and Michaela reached out to grab it. On the front was a ballerina in full costume. Michaela knew she wanted to be a ballerina too.

“If what she was doing made her happy, that’s what I wanted to do… So I took the cover off and I put it in my underwear because that was the only… safe space,” Michaela added.

It was not just the fact that she’s a ballerina. It’s that she looks happy. And I wanted to be happy.

Despite Michaela’s newfound inspiration, she was about to face another heartbreaking twist in her story. Her favorite teacher, a pregnant woman who explained ballet to Michaela after she found that magazine, was attacked by rebels and killed. The group of men had a bet as to what gender the baby was so they cut her stomach open to find out. A little boy rebel wanted to mimic the older men and he cut Michaela’s stomach too.

“When I got stabbed, I was really hoping — I felt very much alone,” Michaela recounted. “I really wanted to die. I didn’t see the point. I didn’t think I would have anything good in my life at all. I think it’s really sad that a child at three years old already wants to die… I mean, the ballerina on the front of the magazine gave me hope, but it didn’t mean that it would be a reality at all.”

The Unexpected Adoption of Michaela DePrince

New Jersey couple Elaine and Charles DePrince were facing a nightmare of their own. They had adopted three American boys and tragically, all three of them died of AIDS from contaminated blood. The mother revealed she was devastated, of course, but she wanted to continue living and loving. One of her sons, Michael, had told her she should adopt from Africa. So the couple sent a photo book to the orphanage where the two Mabintys were. Mabinty No. 26 was chosen.

Then something unexpected happened. The agency called Elaine and asked which Mabinty she was adopting. They also explained how 12 other families had already passed over No. 27 because of her vitiligo. Elaine decided on the spot both girls were coming home with her.

“I said, ‘We’ll take her.’ I said ‘I really don’t have a problem with spots, after dealing with AIDS.’”

RELATED: Abandoned By Parents, She Vows To Prove Them Wrong – Today, She Models For Vogue

Things were tough at first because of the language barrier and the girls’ distrust of loving anyone after what they had experienced. But Elaine showed compassion, understanding, and unconditional love. She renamed the four-year-olds Mia and Michaela after her late son Michael, the one who had encouraged her to adopt from Africa in the first place. She also asked Michaela what she wanted — a first for the child.

Michaela showed her new mom that magazine cover with the ballerina and began dancing on her own toes.

I couldn’t believe that I had adopted an orphan from Africa who wanted pointe shoes! I had to promise her…she would dance.

These days Michaela is a successful ballerina, a teacher, and a motivational speaker who has shared her story far and wide to help inspire others. Her road was still hard — especially as a young Black girl in America who was experiencing racism both in her neighborhood and at the studios she loved so much. But she never gave up.

By the time she was 17 years old, she became the youngest performer in the Dance Theatre of Harlem in New York City. Her stardom only grew from there. Michaela became a top-ranked ballerina at the prestigious Dutch National Ballet in Amsterdam in her early twenties. And in 2016 Beyoncé hand-picked Michaela to choreograph a dance solo in her “Freedom” music video.

It’s not a fairy tale, you know. You have to work hard. There is a lot of loss, a lot of pain. But you know performing? I love it.

These days one of Michaela’s biggest messages to others is to look for small signs of inspiration, no matter how hard things get. That day at the orphanage a magazine blew her way and changed her life. Who knows what might have happened had she not picked it up?

RELATED: Bullied For Her Dark Skin, She Vows To Love Herself – Now She’s A High-Fashion Model

Not everyone has a backstory like Michaela’s but there are all kinds of hard things in life that people go through. It’s valid to experience a gamut of feelings in the face of adversity, trauma, and tragedy. However, learning to pick yourself up and look for the good — the way both Michaela and Elaine did all those years ago — is what may ultimately help you turn your narrative around.

Something as simple as a song, a painting, a kind gesture or the way the sun shines on the trees may one day be the inspiration you need in your life too. The important part is to pick up on that small moment and not brush it off. Because as Michaela and even Elaine prove with their stories, you never know how a small moment of inspiration could change your future for the better.