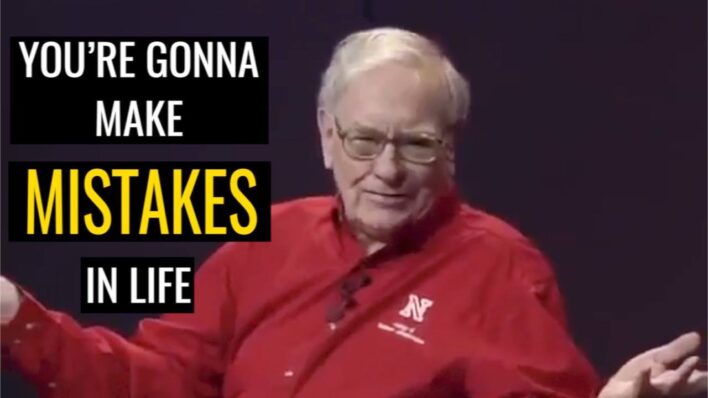 Warren Buffet – Go On Warren Buffett reminds us that mistakes and missed opportunities are inevitable, but the important part is
By Goalcast    June 2, 2017

Warren Buffet – Go On Warren Buffett reminds us that mistakes and missed opportunities are inevitable, but the important part is

Warren Buffett reminds us that mistakes and missed opportunities are inevitable, but the important part is to keep moving forward, because tomorrow’s another day.

“You’re going to make mistakes in life. I mean there’s no question about it. You don’t want to make them on the big decisions, you know, who you marry and things like that. So there’s no way I’m going to make a lot of business and investment decisions without making some mistakes. I may try to minimize them. I don’t dwell on them at all. I don’t look back.

“The biggest mistakes are the ones that actually don’t show up. They’re the mistakes of omission rather than commission. We’ve never lost that much money on any one investment. But it’s the things that I knew enough to do that I didn’t do. You know those don’t show up. There’s no place where it shows missed opportunities, but I’ve missed some big ones.

“The triumphs in life are partly triumphs because you know that everything isn’t going to be a triumph. And I would never get too hung up on mistakes. I know a lot of people that really agonize over them. And it just isn’t worth it. I mean tomorrow’s another day, and you live it forward and just go on to the next thing.”