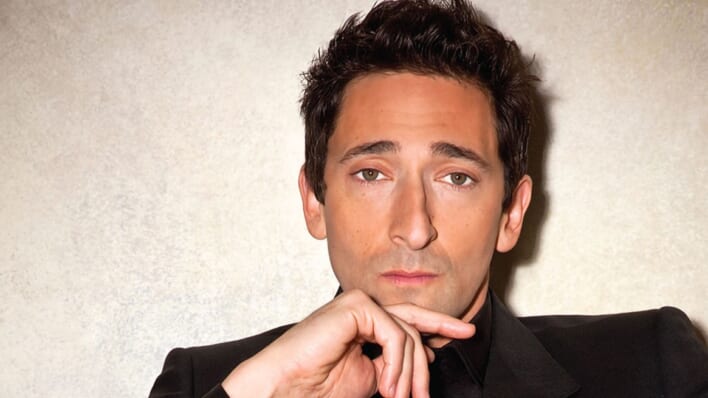 What Happened To Adrien Brody? The Promising Leading Man Who Mysteriously Left the Scene

He was the youngest-ever Best Actor winner, expected to break into the big leagues. What happened to him to make Adrien Brody turn away from Hollywood and its endless slate of opportunities?
By Shaoni Das    September 8, 2022

He was the youngest-ever Best Actor winner, expected to break into the big leagues. What happened to him to make Adrien Brody turn away from Hollywood and its endless slate of opportunities?

For most performers in the industry, an Oscar win represents the pinnacle, if not the ultimate purpose, of their work— the singular achievement they spend their entire career striving towards. However, for others, it can mark the beginning of the worst years of their life, a precipitant for long-term stress, scrutiny, and pressure.

At 29, Adrien Brody became the youngest winner of the Academy Award for Best Actor for his role in the 2022 drama film The Pianist, a record that’s yet to be broken as of 2022. He was the leading man that everyone wanted to sign to their film, the charismatic thespian everyone wanted to act against, the charming flirt who was slated to date a number of high-profile women in the arena. However, just as he was expected to skyrocket, his trajectory shifted, and within a few years, he was nowhere to be found.

Today, Brody has carved out a place that’s unique and still reminiscent of his beginnings as an artist. But the journey hasn’t been easy, he’ll tell you himself. Here’s what his ups and downs teach us about creating expectations:

In an illuminating profile in GQ, Adrien Brody delves into what transpired following his memorable Oscar win. Unfortunately, it. It wasn’t all roses and sunshine, as the readers soon discover.

Winning a prestigious award for one of your breakout roles undoubtedly lays the groundwork for an illustrious career in the arts, but, at the same time, is it all downhill from here? That’s the question Brody had to ponder as he was thrust into the upper tiers of fame almost overnight.

As per the profile, the experience was transcendent, but it also “left him depressed and with an eating disorder.” His troubles originated from the very role that transformed his position: Władysław Szpilman, a Polish pianist and music composer who survived the Holocaust. Being the method actor he is, Brody adopted a harsh weight-loss regimen to look the part, one which involved an unhealthy “crash diet” that peeled him down to just 130 pounds.

RELATED: The Real Tinder Swindler: Who Is Simon Leviev and Where Is He Now?

It wasn’t just an extreme physical transition; the process impacted him mentally, inflicting a “sadness that lingers still,” as mentioned in the profile. The 49-year-old opened up about the depression he faced in the immediate aftermath of the performance and said he still can’t bring himself to watch the film.

“It wasn’t just a depression; it was a mourning. I was very disturbed by what I embraced [in making that film], and of the awareness that it opened up in me,” he told Indiewire in 2017. He doesn’t necessarily regret the heart and soul he put into embodying the character, but he has a hard time embracing the damage it inflicted on his body. To what extent should you sacrifice for your craft? Are these painful measures truly ever worth it in the end?

The preparation was so intense that he didn’t think he’d be able to come out of the shoot with his sanity intact. It took nearly six months for him to regain some semblance of normalcy, though the ghost of the suffering still haunts him to this day.

It Took Adrien Brody a “Decade” to Find Himself

If the agony wasn’t overwhelming enough, Brody also faced the full force of the media’s scrutiny in the wake of his Oscar glory. “It was as if a storm rolled in,” he told GQ. “Everything started blowing away—the life I knew.” Suddenly, he was getting followed in the streets, recognized whenever he went, cornered, and placed into “odd” situations by fans and critics alike.

The sudden onslaught of fame and attention also shed light on who his closest friends and family were, as he had to genuinely investigate whether people were approaching him for social gains or did they truly find his company pleasant. “It feels like it was a decade of finding out who and where I was. A lot of living and losing and winning and losing,” he said.

RELATED: Who Is ‘Inventing Anna’ Based on and Where Is She Now?

Over the next couple of years, Brody went on a journey of self-exploration. After a series of critically panned projects, the Queens native realized that his usual MO wasn’t working anymore. He needed to reframe his perspective and how he went about picking his projects. “There was a disconnect somehow to what I had done for so long, and it just wasn’t working,” he told the mag, adding that he decided to wrap up his existing endeavors and decided to step away from the scene to pursue other passions.

What were some of the passions? Well, the list runs long. He grew out his beard, bought and renovated a mansion in upstate New York, painted, traveled, played music, and so much more. He may have ‘disappeared’ from the public consciousness, but his adventures never ceased; in fact, if anything, they may have gotten more varied and exhilarating.

“I aspired for more, and it felt like my theory of contributing and pouring my blood, sweat, and tears into a project didn’t yield the results. There was a disconnect somehow to what I had done for so long, and it just wasn’t working.”

RELATED: What Happened to Jenna Marbles, One of YouTube’s First Big Stars?

Eventually, he realized that he did want to make a return to acting, but on his own terms. He didn’t want to be the leading man again, the brooding hero who aches and suffers and bleeds for the audience’s enjoyment; instead, he wanted to take up “character work” where he’d be able to quip, chew on scenery, and work with exciting filmmakers and actors.

This is why his return to the big screen has been so refreshing: he’s popping up in parts both small and big, from HBO hit Succession to Wes Anderson’s The French Dispatch. In 2022, he’ll be seen in two massive projects: Blonde, a biographical drama chronicling the rise and fall of Marilyn Monroe, and Adam McKay’s HBO series Winning Time, a sports drama about the Los Angeles Lakers in the 1980s. The comeback is well and truly underway, and, thankfully, it’s one he can feel proud about.

You’re Allowed to Deviate From Your Chosen Path

RELATED: The Real Story Behind The Blind Side – Where Is Michael Oher Now?

At the end of the day, no path is right for you if it only brings you more stress, desolation, or regret. That’s why it’s well within your right to deviate from one road and take another, and if that doesn’t work out, take the next road. Keep switching lanes till you feel confident about the one you’re on.

Where Is Jack Nicholson and Why Did He Disappear from Hollywood?