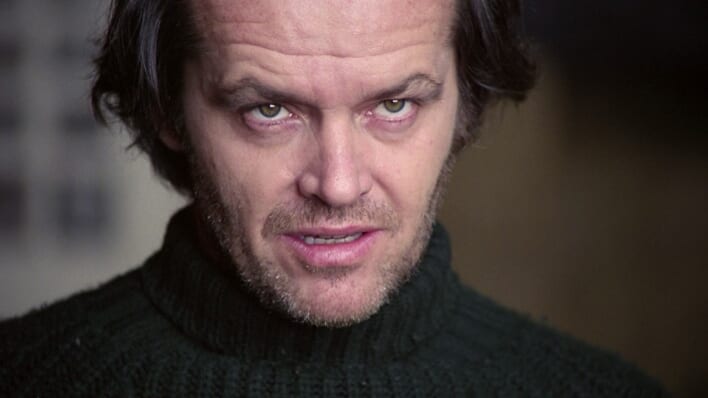 Where Is Jack Nicholson and Why Did He Disappear from Hollywood?

Oscar winner Jack Nicholson hasn’t appeared in a film since 2010. However, fans shouldn’t believe rumors about the reason.
By Kevin Melrose    July 22, 2022

Oscar winner Jack Nicholson hasn’t appeared in a film since 2010. However, fans shouldn’t believe rumors about the reason.

Jack Nicholson remains one of Hollywood’s most celebrated actors, with 12 Academy Award nominations to add to his credit. However, the star of The Shining and A Few Good Men hasn’t appeared on screen since 2010, leading to widespread speculation about his retirement from acting, and the reason behind it.

RELATED: Whatever Happened to Gene Hackman?

A three-time Oscar winner, for his roles in One Flew Over the Cuckoo’s Nest, Terms of Endearment, and As Good As It Gets, Nicholson made his apparent exit from Hollywood in 2010 with the romantic comedy How Do You Know, an unmitigated flop. Rumors swirled over the next few years that Nicholson had retired, purportedly due to memory problems. But the actor was quick to shut them down.

“I have a mathematician’s brain,” Nicholson, then 76, clarified in 2013. “I’m not going to work until the day I die, that’s not why I started this. I mean, I’m not driven. I was driven – but I’m not, I don’t have to be out there anymore.” That was nearly a decade ago.

Nicholson, now 85 years old, has a storied career that’s the envy of any actor. Following an inauspicious 1958 film debut, in the Roger Corman-produced teen exploitation film The Cry Baby Killer, Nicholson bounced between television and movie roles. He reunited with Corman for the horror comedies The Little Shop of Horrors and The Raven, and the horror film The Terror, and appeared in an eclectic mix of other projects, from Westerns to psychedelic pictures.

However, his breakout role arrived opposite Peter Fonda and Dennis Hopper in the iconic 1969 road drama Easy Rider. Nicholson earned his first Academy Award nomination for his performance as lawyer George Hanson. It certainly wouldn’t be his last.

Easy Rider was followed in swift succession by career-defining turns in such films as Five Easy Pieces (1971), The Last Detail (1973), and Chinatown (1974). He earned Oscar nominations for each of those roles, before landing his first win for Best Actor for his performance in One Flew Over the Cuckoo’s Nest (1976).

Nicholson branched out beyond acting, beginning with his screenwriting debut with the 1963 action film Flight to Fury. He soon added producer to his filmmaking resume before making his directorial debut in 1971 with an adaptation of the novel Drive, He Said.

Nicholson Made $50 Million From Batman Alone

Much as he did in the 1970s, with offbeat projects like The Missouri Breaks, Nicholson peppered his 1980s filmography with unexpected roles. Most notable among those is undoubtedly the Joker in Tim Burton’s 1989 film Batman, for which Nicholson reduced his fee from $10 million to $6 million. In exchange for the lower salary, the actor required a cut of Batman‘s earnings, including any merchandise that bore his likeness. In the end, Nicholson walked away with an estimated $50 million.

RELATED: What Happened to Josh Hartnett – And Why It’s Important

Famed for his high-profile relationships with stars like Michelle Phillips, Anjelica Huston, and Lara Flynn Boyle (among others), Nicholson showed little signs of slowing down in the 1990s. He kicked off the decade by directing, producing and starring in The Two Jakes, a sequel to Chinatown. He followed that with another Oscar-nominated performance in A Few Good Men (1992). But Nicholson again left room for the unexpected, as a publishing executive turned werewolf in Wolf (1994), and then as both the U.S. president and a casino owner in Tim Burton’s campy sci-fi comedy Mars Attacks! (1996).

Nicholson then closed out the 1990s with another Oscar for As Good As It Gets (1997) before he began to show signs of slowing down.

Nicholson’s final decade in Hollywood was marked by another Academy Award nomination for About Schmidt (2003), and acclaimed performances in Something’s Gotta Give (2003) and The Departed (2006). However, it was also marred by what, to date, is his last film, the box-office bomb How Do You Know (2010).

“The movie business is the greatest business,” Nicholson reflected in 2013, “but I only want to do films that move people, films about emotions and people. I had the most chilling thought that maybe people in their twenties and thirties don’t actually want to be moved anymore. They may want just to see more bombs, more explosions, because that is what they have grown up with. And I’ll never do that type of movie.”

The actor was expected to be brought out of hiatus by the comedy Toni Erdmann, but he dropped out of the film in 2018. Not even Doctor Sleep (2019), a sequel to The Shining, could lure him back.

“He was aware we were doing it,” director Mike Flanagan said. “The studio had reached out. There were initial things where I had been curious about whether or not he wanted any participation in the film whatsoever, in a cameo, any capacity, but he declined.”

A devoted Los Angeles Lakers fan who hadn’t missed a game in nearly 50 years, Nicholson continued to appear courtside with his youngest son, Ray. However, that changed with the COVID-19 pandemic, which resulted in a nearly two-year absence. But now Jack is back, at least to support his beloved Lakers. We’re still awaiting word on a return by the 85-year-old icon to movies.