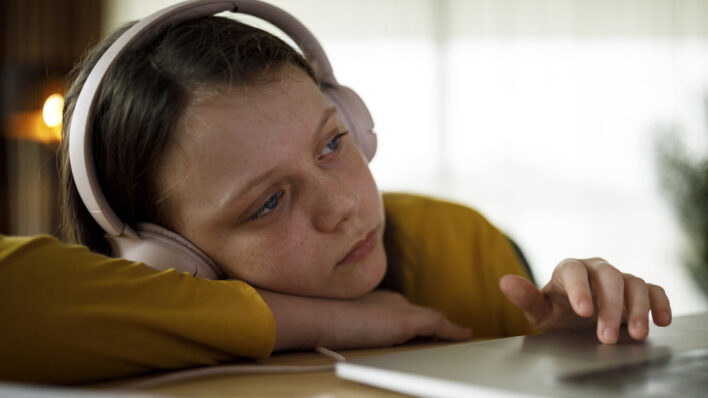 What Is ADHD? Everything You Need To Know

You may have seen the acronym ADHD before in reference to concentration issues. ADHD, or attention deficit hyperactivity disorder, is more than just the occasional problem focusing on a task. This mental health condition is neurodevelopmental, meaning it’s caused by how a brain grows and develops. ADHD can manifest during childhood, but many people who have ADHD aren’t diagnosed until later on in adulthood as the symptoms don’t always present themselves the same way.

ADHD is a multifaceted mental health condition that impacts millions of children and adults in the U.S. If you think you may have ADHD or want to learn more about the condition, this article will cover everything you need to know.

ADHD, or attention deficit hyperactivity disorder, is a neurodevelopmental disorder typically diagnosed in early childhood. ADHD impacts the part of the brain responsible for planning, managing and finishing tasks and focusing.

When a person has ADHD, the self-management system in the brain becomes impaired. In addition to having trouble focusing, ADHD affects the part of the brain that manages impulse control and organization as well.

What Are the Symptoms of ADHD?

ADHD symptoms can vary from person to person. However, a few common symptoms of ADHD include:

Forgetting to complete a task. Not only do people with ADHD tend to struggle to complete tasks, they may often forget about the task altogether. If you’ve lived with a person who has ADHD, you may have noticed them leaving cabinets opened, forgetting to put the milk back in the fridge or leaving the faucet running. Uncompleted tasks like these are typical of someone with ADHD.

Fidgeting or trouble sitting still. Pacing around a room, shaking a leg or a foot or playing with hands are common ways people with ADHD keep their bodies moving.

Prone to distractions. For someone with ADHD, getting an unexpected phone call, text or delivery can derail a deadline. People with ADHD who work in open office environments can find it extremely challenging to complete work, as distractions are everywhere.

Research on the causes of ADHD suggests that the condition may be passed down genetically. Current factors that are being studied to determine whether or not they impact ADHD include brain injuries, premature birth or having a low birth weight, the use of alcohol and tobacco while pregnant and environmental factors.

Popular theories about the causes of ADHD have been linked to too much screen time, junk food or parenting styles. However, there is no research to support this.

ADHD can be difficult to diagnose since it impacts people in different ways. In order to help diagnose individuals with ADHD, the American Psychological Association (APA) has identified three types of ADHD that refer to the kinds of symptoms a person displays.

A person with predominantly inattentive ADHD suffers from issues with focus most out of all ADHD symptoms. Focus-based tasks like following instructions or completing processes are difficult for someone with predominantly inattentive ADHD. This type of ADHD is more common among girls and women. It is also the most underdiagnosed form of ADHD, as it is not as disruptive in behavior as other types of ADHD.

A person with this type of combined ADHD displays both focus issues as well as hyperactivity. This type of ADHD is most common.

The type of ADHD they display can change throughout a person’s life. For example, children diagnosed with predominantly hyperactive-impulse type ADHD may no longer struggle with hyperactivity in adulthood but find that focusing and completing tasks becomes harder to manage.

Getting an ADHD diagnosis

There’s no one test that physicians and mental health experts rely on to diagnose ADHD. Instead, your doctor may ask a series of questions about your history and symptoms and use a series of charts and checklists to determine if what you’re experiencing is consistent with the latest guidance from the DSM – used to diagnose mental disorders.

ADHD is a lifelong condition. However, with the right treatment plan, it is manageable. A few common treatments for ADHD may include:

Therapy. Your doctor may suggest trying different types of psychotherapy to help manage your ADHD symptoms. Behavioral therapy focuses on assisting patients in identifying their behaviors and working to shift patterns and create new ones. Talk therapy may be suggested to help work through how the symptoms of ADHD impact the way a person feels or views themselves.

Medication. Stimulant and non-stimulant-based medications may be prescribed to help increase the levels of dopamine and norepinephrine in the brain in order to help with focus issues.

In addition to therapy and medication, some studies indicate certain lifestyle changes may help manage ADHD symptoms. An hour of daily physical activity, maintaining a healthy balanced diet, limiting screen time and getting enough sleep are all recommended by the Center for Disease Control and Prevention for managing ADHD.

Though there’s more information available today on ADHD than ever before, there are still some key misunderstandings about ADHD. Here’s a look at a few widely held beliefs and the truth behind them.

Medication will not cure ADHD

While medications are prescribed to help those with ADHD manage symptoms, taking medication alone is often not enough to correct these issues. In addition to medication, a person with ADHD requires a support system, whether through therapy, friends and family or ideally a combination of all the above, to help during critical moments. A person with ADHD may need someone to talk them down from an impulsive decision, stay organized and continue making constructive decisions that lead them toward their ultimate goals in life.

A person with ADHD can focus – but often, it’s on the wrong priority. They may sit down at their desk and spend an hour cleaning up the icons on their desktop, only to miss an entire meeting. Or, they may become engrossed in a video game and not realize they’ve played well past dinner time.

ADHD impacts the brightest scientists and successful entrepreneurs the same way it affects the average joe. An ADHD diagnosis does not signify a lack of intelligence. While intellect helps give those with ADHD an edge, intelligent people with ADHD still suffer from the same issues and setbacks as those with an average IQ.

Only kids can have ADHD

Though hyperactive symptoms of ADHD tend to diminish with age, around 60 percent of children diagnosed with ADHD still have symptoms into adulthood. Because ADHD is typically diagnosed in childhood, it is estimated that less than 20 percent of adults with ADHD have been diagnosed or treated.

ADHD is a neurodevelopmental condition diagnosed in children and adults. Though the condition is not curable, it’s possible to manage ADHD symptoms using the right treatment plan. Your doctor may prescribe medication along with certain therapies to help. If you think you may have ADHD, schedule an appointment with a mental health professional who can determine a diagnosis and treatment options.