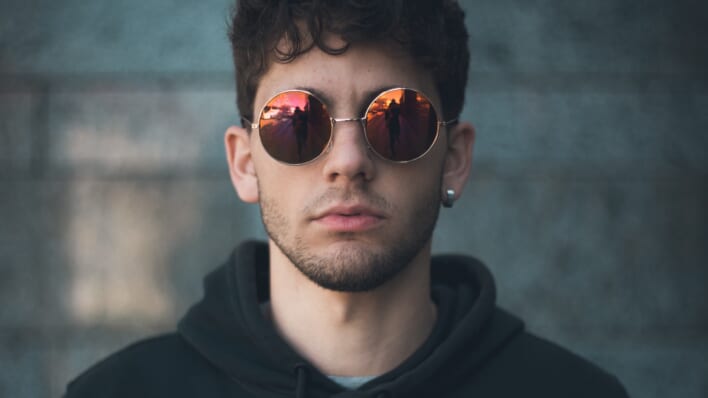 Overconfidence: What Does It Mean – And Why Is It So Dangerous?

What exactly is overconfidence and why is it so dangerous?
By Flavia Medrut    May 12, 2022

What exactly is overconfidence and why is it so dangerous?

Everybody knows a braggart. Overconfident friends, colleagues and bosses are everywhere and dealing with them is never easy. But according to a rich body of psychology research, overconfidence is not just about annoying friends and colleagues – it actually leads to a series of really bad outcomes. Multiple publications discuss the overconfidence effect; the Harvard University Press, and of course psychology journals like Personality and Social Psychology Bulletin.

Overconfidence is not a recently discovered phenomenon. In fact, in 1988, research conducted by Taylor and Brown, showed that people tend to cling to positive illusions of control, false superiority, and exaggerated positive beliefs about themselves because it helps them cope and prosper. Of course, there is also evidence to support the fact that optimistic beliefs are correlated with good outcomes in life.

So What Is Overconfidence?

The American Psychological Association defines overconfidence as, “a cognitive bias characterized by an overestimation of one’s actual ability to perform a task successfully, by a belief that one’s performance is better than that of others, or by excessive certainty in the accuracy of one’s beliefs.” Overconfidence is basically an excess of confidence in one’s abilities or judgment.

The most common way in which this phenomenon has been studied, was by asking people how confident they are in one’s beliefs or in the answers they provided. They are often asked to report this with confidence intervals as high as 95% or even 100% (they are 95% certain that the correct/true answer lies within a given range). However, gathered data shows that people tend to overestimate themselves — they had more confidence of being correct than they should be.

If human confidence had been so well calibrated (to perfection), then judgments showing 100% confidence would be 100% correct all the time. But humans are not perfect, so studies show that confidence often exceeded accuracy when people had to answer hard questions about an unfamiliar subject. For example, in a spelling task conducted by Adams & Adams, subjects were 100% sure that their answers were correct, In truth, they were right only 80% of the time. The same happened in a study where they were asked to answer true-or-false questions.

To summarize, people with high levels of self-evaluation think positively of themselves and are more confident in their capabilities, even if this may cause the individual to seem arrogant.

The overconfidence bias is a tendency to have an inaccurate and misleading assessment of our own abilities, skills, talent or intellect. It is basically an egotistical belief that we are better than we actually are. This erroneous assessment can be dangerous, but as studies show, it is very prolific when it comes to behavioral finance or capital markets.

Overconfidence bias can lead people to experience unpleasant situations since it might keep them from properly preparing themselves for something that they’re not equipped to handle. For a better understanding of the concept, let’s go through the three main types of overconfidence and their negative effects:

Overestimation is the belief that one is better at something than the reality of their skills or abilities would actually indicate. Indeed, many believe that wishful thinking is actually the driving force behind overestimation. For example, a person who is not a professional boxer may overestimate their boxing skills and challenge an amazing fighter. Chances are they’ll get badly defeated and publicly humiliated.

Overplacement is the act of placing oneself above others. This type of overconfidence occurs when an individual compares himself with others with regards to a skill or ability and (erroneously) makes the assumption that he/she is better.

RELATED: How To Improve Your Self-Awareness Right Now

Or at least better than average. For example, a student who thinks he is the smartest in his class despite his low grades, is exhibiting overplacement.

Overprecision is a sense of certainty that one, more so than others, knows the truth. A person experiencing this type of overconfidence, thinks they have some sort of special insight. One example —  overprecision is very common when it comes to gambling. People who enjoy this activity are usually very certain about what’s going to come up next in a deck of cards or on a roulette wheel.

The authors of these studies also point out that a malleable view of intelligence is directly associated with better school performance. Thus, we should teach children incremental views of intelligence as a motivational strategy.

RELATED: Crystals for Anxiety: Do They Work?

While this sounds like good advice, it can sometimes be taken too far. The “you can do anything” motivational line can quickly become counterproductive as it can often be unrealistic. A more reasonable approach that could protect our children from the negative effects of overconfidence, would be to teach them that hard work  will eventually pay off as long as their goals are realistic and achievable.

What Are the Signs of Overconfidence?

They thrive on compliments, praise and attention from others. They’d probably crumble if they wouldn’t get external validation so if it doesn’t naturally happen, they will make it happen. How? Well, remember those colleagues that “swooped” in at the last second and took credit for somebody else’s work? — This is a good case of overconfidence.

They think everybody likes them

It’s simply convenient for overconfident people to think that everyone loves them since they believe the whole world revolves around them. This mindset will also make them believe that everyone is at their disposal.

They always have something to say

These individuals have an opinion about everything and they have to share it, especially if it regards a controversial topic. They will also give you life advice, whether you asked for it or not.

Overconfident people love to hear themselves speak so they will talk about anything as long as they have an audience.

Have you ever heard someone giving ridiculous or irrational arguments? Whatever that’ll support their opinion or prove that they are right?

Overconfident people are never wrong and they will go to great lengths to convince you. And since they are always right, they can’t and won’t take any criticism.

They can be very critical of other people

They are very sensitive when other people criticize them

Pretty ironic, huh? They have no problem criticizing others and hurting their feelings. But if they’re the ones being criticized, they instantly feel unjustly attacked and they become very defensive.

They see themselves as the smartest people in the room, so when it comes to taking on new projects, they don’t think twice before accepting the challenge.

Overconfident people will almost always underestimate the amount of knowledge, time and effort they need to complete a task. They’re also having a hard time asking for help, no matter how much they need it.

Sometimes it takes hundreds of people to complete a project, but it doesn’t matter. If the project is led by an overconfident person, they will always say “I did this”, “I made this possible” or “This was all my idea”. They will always claim that they’ve accomplished a lot more than they actually did.

They take a lot of unnecessary risks

Being overconfident makes them believe they can succeed in anything, so they’ll take unnecessary risks. For example, they can make outrageous gambles because they are positive they’ll win. They also accept extreme physical challenges to prove themselves and more than often, they get injured in the process.

What Does Overconfidence Lead to?

The negative consequences of overconfidence can affect solely the overconfident person. But they will usually also impact the wellbeing of others.

If we’re to strictly refer to the individual, overconfident people are never satisfied and they will always crave more external validation. Cognitive biases such as overconfidence, directly affects a person’s decision-making process.

Moreover, feelings of power and entitlement have negative effects on an individual’s character. These feelings reduce empathy, increase hypocrisy and cause one to dehumanize others. They make people more selfish and more likely to commit infidelity.

If we’re to look back in history, overconfidence is at the root of many poor decisions that led to horrible tragedies. To name a few —  the sinking of the Titanic, the nuclear nightmare at Chernobyl, the mortgage crisis of 2008 and the recession that followed it.

Overconfidence also contributes to entrepreneurial failure, excessive rates of trading in the stock market, legal disputes, and even war. So overconfidence is not only a toxic trait, but also a dangerous one.

Having this kind of knowledge about overconfidence will allow us to get outside of ourselves, analyze and improve our behavior. It also allows us to change the rules of the game, rather than simply be subject to them.

Anyone can be a little overconfident at some point. Whenever we feel like we can take over the world, we should take a step back and think about what could go wrong — what are the possible consequences of our actions or beliefs. And no, this type of thinking will not turn you into a pessimist, but into a responsible person that cares about others as well.

We have to make a clear distinction about when overconfidence can be beneficial or costly. While it can help us achieve great success, it can also destroy us. The best thing to do is to make rational and evidence-based decisions, rather than letting emotions decide for us.