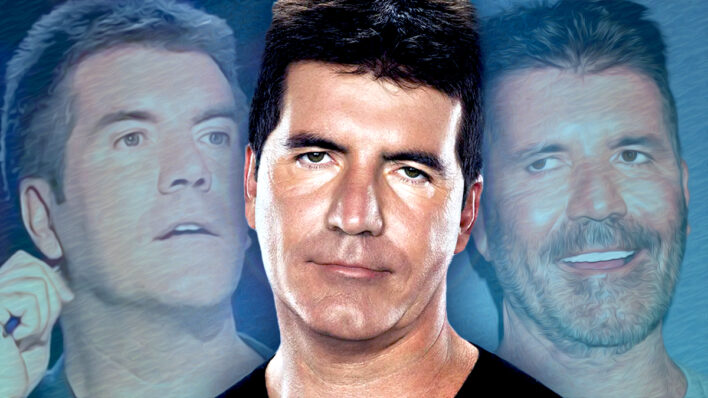 The former American Idol judge discusses his insecurities and why “enough is enough” when it comes to his plastic surgery practices.
By Shaoni Das    April 22, 2022

The former American Idol judge discusses his insecurities and why “enough is enough” when it comes to his plastic surgery practices.

Simon Cowell, the man who spent years crafting a harsh, domineering persona as a judge on American Idol and X-Factor, is not immune to his own insecurities.

For years, he tormented aspirational performers for not meeting his impossible standards, for being less than perfect, for not following the rules to the tee — but underneath his guise of authority and perfectionism lies a troubled self; one that is plagued by a series of anxieties around aging, vanity and social acceptability.

RELATED: How Simon Cowell Lost Everything At The Age Of 32

Even Simon Cowell has his moments, and we need to acknowledge them when they happen because it’s what makes him human. It’s what allows him to build a bridge between himself and the masses — despite everything he’s done to make himself stand out.

His forthcoming account of getting plastic surgery and why he’s finally putting an end to this practice will make you rethink passing judgment on people based on surface-level appearances. It’s what’s on the inside that really matters.

Simon Cowell was one of the first male celebrities to admit to going under the knife. It takes courage to make such a confession, and you’d have to be as widely feared as Cowell to cop to getting Botox and still not get any flak.

As early as 2008, Cowell discussed getting face injections, and wearing a platform lift to add height to his body. “To me, Botox is no more unusual than toothpaste,” he said. “It works, you do it once a year – who cares?”

Interestingly, he also declares in the same interview that he won’t ever tie the knot, adding that whomever ends up marrying him will “end up hating [him].” Cut to 14 years later, and Simon Cowell is preparing to marry his longtime girlfriend Lauren Silverman, mother of his eight-year-old son, Eric.

Why Simon Cowell Said “Enough Is Enough” with Plastic Surgery

Even Cowell’s viewpoint regarding plastic surgery and invasive anti-aging treatment has evolved. In September 2019, while doing promo for Britain’s Got Talent, Simon reflected on his “Botox Years” with co-judge Amanda Hoden, and said they may have overdone the procedures. “All of us are like, ‘Christ, we had a lot that year. Not so much that year … maybe a bit too much that year.’ You know, the old clips of us are hysterical,” he said, amused.

By 2020, he had transformed his lifestyle and adopted several healthy routines that weren’t rooted in the nip-tuck landscape. He became vegan, started doing “a hundred push-ups a day,” and regularly cycles on his e-bikes. Most recently, at the  Nickelodeon 2022 Kids’ Choice Awards, the 62-year-old expressed regret for diving so deep into the world of plastic surgery and face-lifting, which made him look “like something out of a horror film,” he said.

RELATED: Jamie Lee Curtis Opens up About Big Regret With Plastic Surgery, and It’s an Important Lesson for Everyone

In a follow-up interview with The Sun, the former record executive delved deep into his life changes. “There was a stage where I might have gone a bit too far,” he said in the interview. He also noted how he came across an old photo of himself from the “before” times and didn’t “recognize” himself at all.

Having experienced a near-fatal e-bike accident in 2020, Simon fell into depression and had to re-evaluate his relationship with his body. Furthermore, the crash reminded him of what matters most to him: his family, especially his fianceé and son.

He told the outlet that his son Eric “was in hysterics” upon seeing old photos of his dad. That’s when Simon decided he would draw the line and stay away from face fillers for good. “Enough was enough. There is no filler in my face at all now. Zero,” he said.

There was a phase where everyone was having their faces pumped full of this and the other […] Enough was enough. There is no filler in my face at all now. Zero

Simon Cowell to The Sun

Of course, he still carries deep-rooted concerns about aging and the physical challenges it brings, but instead of trying to cure his anxieties with temporary surgeries that don’t actually provide genuine confidence, he’s focused on healthy eating, regular exercise and hydration.

“For me now, a lot of it comes down to healthy eating and drinking tonnes of water,” he said. So much of his physical well-being is connected to his mental state: he is in love with his fiancée and is driving the wedding planning. Plus, he couldn’t be more at peace with his role as a father.

Simon Cowell’s Journey Has a Crucial Lesson about Change

No matter what kind of assumptions you develop about people, they will find a way to surprise and thrill you. Simon Cowell, the stringent, terrifying patriarch of reality television, didn’t seem like someone who would show remorse for his actions or feel insecure about his face or body, but he too contains multitudes.

Everyone has their weaknesses; only some do a better job of masking them. We need to tell ourselves that just because we feel a certain way about something today doesn’t mean we’ll always be on the same path. We’re allowed to change, we’re allowed to make mistakes, and we’re allowed to feel uneasy about those mistakes.

Change will come for you – whether you like it or not. As long as you keep an open mind, you’ll be able to weather whatever change is headed your way.