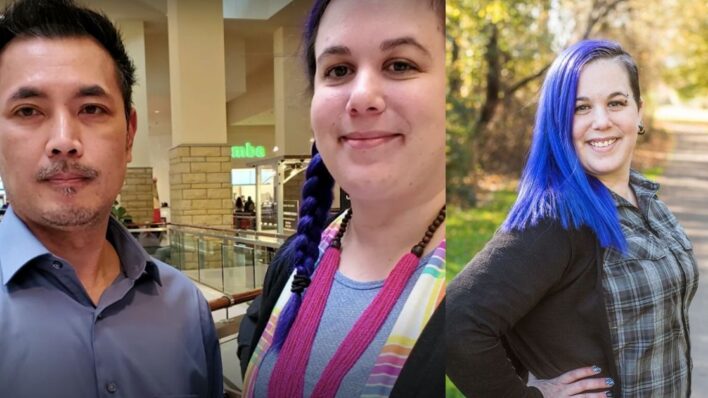 Emily James was fired for helping out a bank client who was in desperate need of money on Christmas Eve, and now companies want to hire her.

Emily James was fired for helping out a bank client who was in desperate need of money on Christmas Eve, and now companies want to hire her.

Sometimes, we try to do the right thing and it ends up causing us trouble, which causes us to question that good deed in the first place. Imagine helping out someone, just out of the goodness of your heart, and then getting fired for it!

That’s what happened to one woman in Portland, but her story took a surprising turn.

She wanted to help someone in need.

Emily James was fired from a U.S. Bank call center in Portland when she made the decision to help a struggling client on Christmas Eve.

Emily was a senior banker. On December 23, she received a call from a man named Eugenio, a bank customer whose paycheck from a new job had been placed on hold.

This meant that he had no means to access the money, which amounted to over $1000. It left him broke before Christmas and he could not afford to buy presents for his kids. Emily said she spent more than an hour trying to help Eugenio, but unfortunately to no avail.

Eugenio had tried to visit his Clackamas bank branch in the morning, which was Christmas Eve, and ask that bank manager to verify the fund. Apparently, they weren’t able to lift the hold.

She could not leave him stranded…

On Christmas Eve, Eugenio called her again on the U.S. Bank 800 number. He was at a gas station, unable to even fill his tank as he had insufficient funds.

Emily knew that Eugenio was just a few miles away so she told him to stay put and that she’d be there within 30 minutes with some gas money.

Emily said that she did get permission from her supervisor before she left, and drove to the gas station.

I handed him $20 in cash, said ‘Merry Christmas’ and went right back to work.

Eugenio was incredibly touched by her willingness to help, as he recognized the precarious position that he may have put her in.

It was like, ‘Wow, she really cares,” he said. “Most supervisors, maybe they would have tried, but nobody would have ever come out because I was stranded. She had a big heart. She believed what I was saying.

…but her act of kindness got her in trouble

Emily went back to work and finished her shift. But a week later, on New Year’s Eve, she arrived at work only to find the regional manager of her branch waiting for her.

“She said, ‘We’re sorry, we cannot keep your employment,’” Emily said. The manager cited an “unauthorized interaction with a customer,” as the reason for her firing. This was her first time she ever got disciplined at her job. She has always been an exemplary worker and received many accolades for her good work.

According to Emily, the reasoning behind the decision was that “they were worried about [her] safety” as “he could have kidnapped [her]” or harmed her in some way. But as Emily affirmed, “I wouldn’t have left or even tried to ask if that was OK if I thought that this person would hurt me.”

For her, there was no reason not to help someone in need, especially considering the fact that it was Christmas’ Eve. “I just don’t understand why you wouldn’t help someone if you had the ability to,” Emily said. She didn’t need to think twice.

It’s Christmas Eve, it’s already a rough time for people, and you’re going to leave someone stranded? I couldn’t in good conscience do that, knowing it was something I could fix, or at least get him home.

And yes, she would have helped Eugenio even if she had known that she would end up losing her job. “Had I known then that I was going to be let go, I would have just removed the hold on the check, because that absolutely would have gotten me fired,” Emily admitted.

Eugenio’s check did not clear until days after Christmas. “It was one of the saddest Christmases,” he said. “Promissory notes for Christmas gifts. And I can’t believe (Emily) lost her job over it. The only one who seemed to care was Emily, and she got fired for that.”

Companies heard of her story

While James originally hoped to get her job back, now she’s not sure she wants to go back to an environment that did not value or attempt to understand her act of kindness.

However, she’s so touched by all the support she has been getting.  “It made me cry, just the fact that people actually care,” she said. “I’ve had more people reach out and just have something kind to say in the last (few) days than in my whole life.”

Emily has had many job interviews with banks and other institutions, though she has not yet accepted any position. But as her story went viral, several companies have reached out to her on social media, looking to have her on their team.

Emily did not hesitate to help Eugenio because she knew it was the right thing to do, despite the unforeseen negative consequences of her action. Now, she finds herself in a better position than the one she was in, sought after by companies that actually value her kindness.

And it has paid off! Emily has been hired as a training supervisor with Community First Credit Union, a position she finds to be perfectly suited to her.

It was exactly what I wanted. I want to be training, mentoring and helping others. I’ll be training new hires as well as doing follow-up training.

Emily James to The Oregonian

Her incredible story proves that no good deed goes unrewarded. While getting fired for helping out somebody could potentially detract people from doing the right thing, the ensuing events prove that kindness always manages to come back to you.