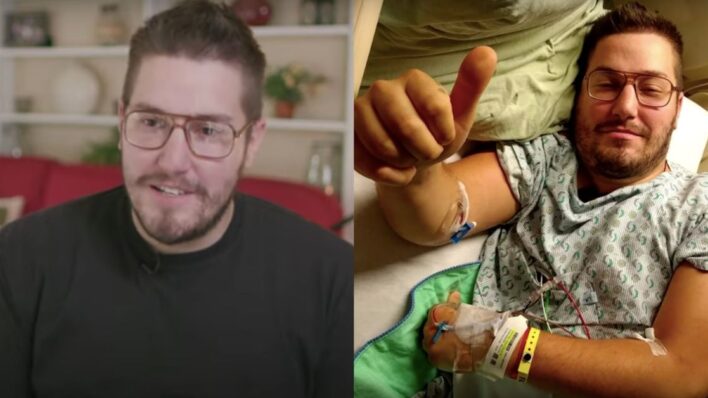 This Man Turned His Biggest Regret Into 1000 Acts of Kindness

After his biggest regret, this man has done over a 1000 acts of kindness as part of his resolution to help as many people as possible.

After his biggest regret, this man has done over a 1000 acts of kindness as part of his resolution to help as many people as possible.

We try to live our lives by paying it forward, and helping others when we can. But imagine donating a kidney being only one of over a thousand acts of kindness you’ve done for others?

It all starts with always saying yes, whenever someone asks for help – an initiative we can all learn from.

Jon Potter isn’t even 30 yet but he’s done a lot in his three decades on this planet.

It all started four years ago, when he made a vow to himself to say yes to doing good deeds every time the opportunity presents itself. So far, he’s done a 1,000 of them, according to CBS News.

It all started when he said “no”

Years ago at a gas station, a woman asked Jon for a ride. “She’s like, ‘Hey, can I get a ride to the battered women’s shelter or can I have money for the bus?'” he told CBS.

Jon refused to assist her, a decision he never quite forgave himself for.

However, instead of dwelling on his regret he resolved to help people whenever possible. He even searches on Reddit for people who need help, offering to assist them whether their issue is being short on money or in need of a ride.

“I give because I want to give. And that’s just for me. And, if anything, I go to bed and I feel happy,” Jon said.

“With all the stuff going on in the news, to see people happy, complete strangers come up to you and give the biggest, most sincere smiles,” Jon’s wife Rachel Adler, 28, told People.

It’s nice to see that genuine happiness in people. You hope it extends to their own actions.

His willingness to be kind knows no bounds

After hearing from the daughter of a man who needed a kidney, he volunteered to be his donor.

“It’s an unbelievable act of kindness,” Mike Moore, who received the kidney, told CBS.  “Because you find out there’s other people in the world that care. And that’s a strong message,” Moore said.

Jon has also loaned money to a suicidal man, who then went on to become one of his close friends.

By dedicating his life to helping others, Jon has shown that we can turn remorse and negative experiences into positive action. Past mistakes cannot define us when we learn from them and make a conscious effort to improve.

Furthermore, we can all benefit from incorporating more kindness in our daily lives. Don’t wait for regret to act: find someone to help today!