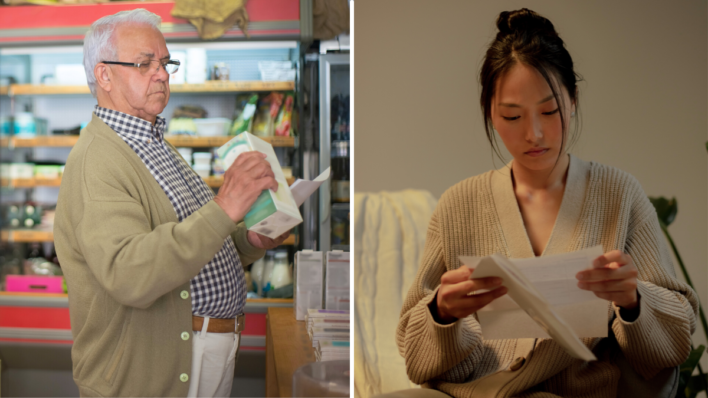 Woman Pays for Elderly Man Who Forgot His Wallet – Days Later, He Sends a Surprising Letter to Her House

One woman had no idea what an elderly man was going through until she read his letter.
By Sophie Tolias    September 19, 2022

One woman had no idea what an elderly man was going through until she read his letter.

Twenty-five-year-old Sonya MacMillan was in line at the cashier at a Market Basket store, when she noticed that the senior citizen behind her seemed troubled.

“So he looked really flustered and he was like ‘oh my god I don’t have my wallet’ as I was cashing out with my groceries. I was like ‘oh you don’t have a lot you can just go on mine and I’ll pay for you,” Sonya told CBS Boston.

The elderly man thanked her and insisted on getting her name and address.

What One Woman Found in Her Mailbox

A few days later, Sonya was checking her mailbox when she found a note addressed to her from the elderly man.

The letter read: You saved me a lot of trouble, my wife was ill and I wanted to get back to her. I’m not very young anymore, 84-years-old and it’s not a surprise I left my wallet at home. I shall always remember your kindness.

RELATED: Appalled Mom Stands Up For Herself When Daycare Sends Son Back With Note Written On Belly

Sonya was touched by the man’s sweet words of appreciation and getting a glimpse into his life pulled on her heartstrings.

“It brought tears to my eyes because of what he was going through at the time. You never really think about what’s going on in someone else’s life. So for me to do something for him when he’s going through a hardship at home with his wife being sick — I just felt really good about it,” she said to CBS Boston.

The note had a $15 check as payback for the money she had spent at the grocery store.

Sonya doesn’t plan on cashing the check. Instead, she hopes that the elderly man finds a way to pay the kindness forward.

“I have something that I look at every morning when I leave my room it says ‘be the reason that someone smiles today’ so I see that when I leave my house. That was what I could do to make him smile that day,” Sonya said.

Even though Sonia was a stranger, her kind actions helped an elderly man feel appreciated. Everyone is going through something others know nothing about, so be it spreading kindness by paying for someone’s groceries or just smiling at a person passing by, every small action can affect a person and completely change their day for the better.