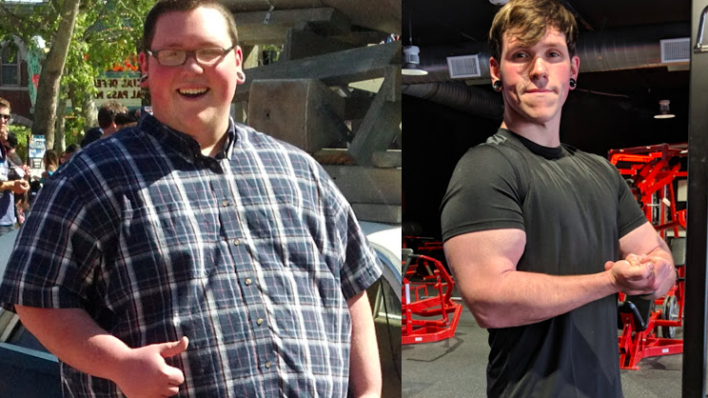 Man Loses 240 Lbs by Being Brutally Honest with Himself, Inspires Us to Stop Making Excuses

At his heaviest, Zach Vloger weighed 463 pounds. After his father had a serious health scare, he found the motivation
By MJ Kelly    August 17, 2018

At his heaviest, Zach Vloger weighed 463 pounds. After his father had a serious health scare, he found the motivation to take charge of his health and transform his life. An outgoing kind of guy, Vloger was never too concerned about his weight. It was something he’d learn to live with since childhood and it never got in the way of his confidence.

“My weight definitely held me back in other aspects of my life though,” said Vloger. “It was hard for me to tie my shoes, walk up stairs, or fit into the seating at school, in movie theaters and in airplanes.”

Not exactly what I was expecting when I asked if she wanted to “get in my pants.” 😂 ____ Every time I bring these pants out, I’m shocked. It’s hard to conceive how I used to be big enough to fill them on my own, now I have to get @jordanshrinks to help! What’s even crazier to me is that we don’t even weigh as much together as I did on my own at my heaviest. ___ If you’re struggling to lose weight, know you’re not alone. It was, and sometimes still is, a struggle for me to keep on track but, it is so fucking worth it to feel free from being trapped inside your body and start living the life you always wanted. __ Side note: I just launched my website! So if you feel like you need some extra help and guidance in the gym and the kitchen, check out the link in my bio or go to zachattacksfat.com to check out my weight loss coaching. _ No excuses; get what you want! #attackfat #attackpants

When Vloger was 19 years old, his father suffered a major heart attack and the experience terrified him. Fortunately, his father survived but had to undergo an open heart quadruple bypass surgery. This prompted Vloger to pay a visit to the doctor’s office and get a health check up.

“When I went in for my appointment I was diagnosed with hypertension and put on blood pressure medication,” he said.

And in that moment, a new awareness set in.

“I realized that if I didn’t change my life and start losing weight that I would most likely die from it.”

Making it a life and death situation

Oh you thought I was kidding?! NOPE! PROJECT 🍑 2018 IN FULL EFFECT! ____ With the news of my wrist, I have to back off on the squats and bench for awhile. Instead of letting that bum(huehuehue) me out, it’s giving me the opportunity to work on some of my weak points. One of them being da booty. Also going to focus on building my upper back and shoulders so I don’t look so damn bottom heavy. __ 🍑Mark my words, I WILL have a juicy booty by this time next year!🍑 No excuses; get what you want! #attackfat #attackbooty

Frightened by seeing first hand how serious the problem was for his father, he decided that he wasn’t going to resign and succumb to the same fate.

“I made it a life or death situation,” said Vloger. “I knew that my current lifestyle of eating whatever I wanted whenever I wanted it was killing me.”

By shifting his mindset, being painfully honest with himself and making his struggle about survival, he was now ready overhaul his life.

“I had so much denial built up about why I was so obese and why I couldn’t lose weight,” he remembers. “In reality, I just didn’t want to change bad enough.”

Committed to himself, he began exercising regularly, keeping track of his food intake and eating healthier foods.

Today, Vloger has lost 240 pounds and has reinvented himself as a personal trainer, to help others in their journeys to success.

In retrospect, Vloger has learned the importance of self-discipline, self-compassion and patience.

“Don’t give up,” he says. “Losing massive amounts of weight takes time and more importantly consistency.” 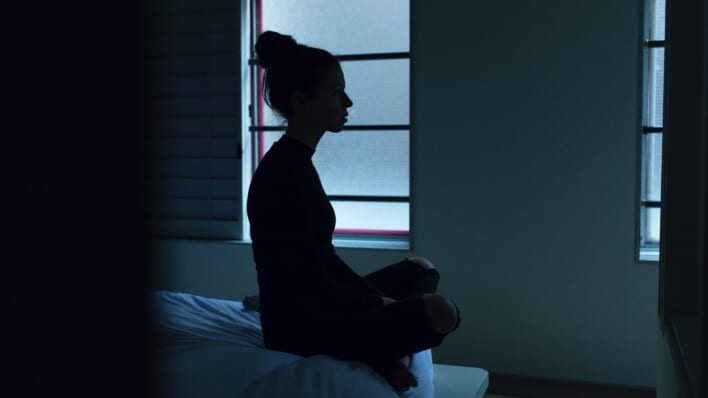