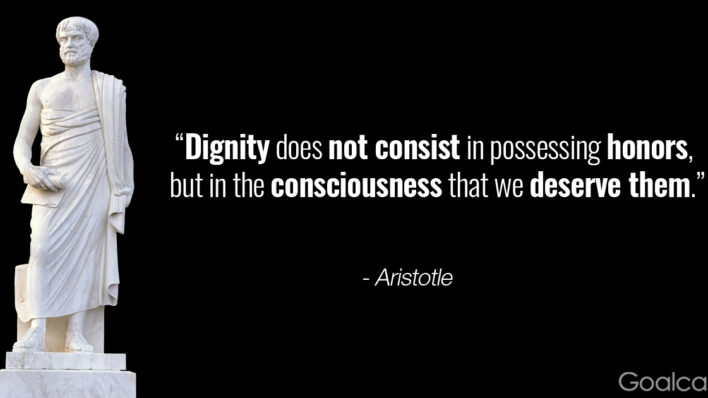 One of the greatest intellectual figures, Aristotle was an Ancient Greek philosopher and scientist. Along with Plato – another outstanding
By Flavia Medrut    June 13, 2018

One of the greatest intellectual figures, Aristotle was an Ancient Greek philosopher and scientist. Along with Plato – another outstanding philosopher – Aristotle is referred to as the “Father of Western Philosophy.” After Plato’s death, Aristotle left Athens and became the tutor of Alexander the Great. Teaching a king had opened him many doors and opportunities, so later on he founded his own school in Athens – the Lyceum.

Aristotle is best known as the founder of formal logic. The philosopher’s goal was to come up with a universal process of reasoning that would help people be able to learn anything.

Many of his principles, observations and theories on subjects like physics, biology, zoology, metaphysics, logic, ethics, aesthetics, poetry, theatre, music, rhetoric, psychology, linguistics, economics and politics were universally accepted by Western philosophers until the 19th century.

Aristotle basically influenced almost all forms of knowledge. Some of his most important works include Nichomachean Ethics, Politics, Metaphysics, On the Soul, Poetics and Prior Analytics.

Here are 20 Aristotle quotes to help you develop your logical thinking. It is the mark of an educated mind to be able to entertain a thought without accepting it.

Happiness is the meaning and the purpose of life, the whole aim and end of human existence.

No great mind has ever existed without a touch of madness.

I count him braver who overcomes his desires than him who conquers his enemies, for the hardest victory is over self.

Excellence is never an accident. It is always the result of high intention, sincere effort, and intelligent execution; it represents the wise choice of many alternatives – choice, not chance, determines your destiny.

The high-minded man must care more for the truth than for what people think.

Those who know, do. Those that understand, teach.

Wishing to be friends is quick work, but friendship is a slow ripening fruit.

Learning is not child’s play; we cannot learn without pain.

Dignity does not consist in possessing honors, but in the consciousness that we deserve them. Anybody can become angry — that is easy, but to be angry with the right person and to the right degree and at the right time and for the right purpose, and in the right way — that is not within everybody’s power and is not easy.

Time crumbles things; everything grows old under the power of time and is forgotten through the lapse of time.

Misfortune shows those who are not really friends.

For the things we have to learn before we can do them, we learn by doing them.

He who has overcome his fears will truly be free.

Fear is pain arising from the anticipation of evil.

It is of the nature of desire not to be satisfied, and most men live only for the gratification of it.