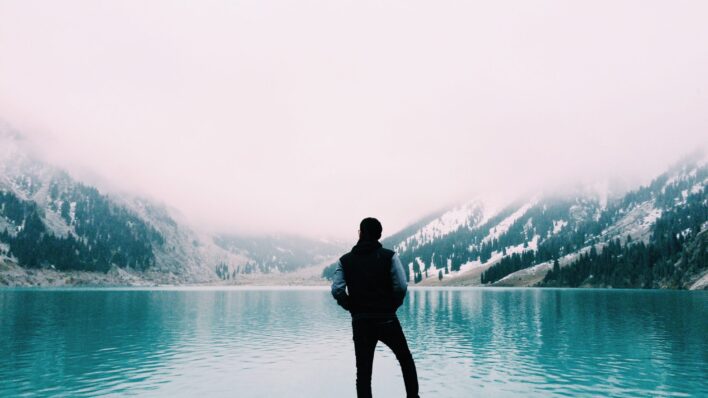 Stoic philosopher Epictetus’ Manual for Living stands as one of the greatest Stoic classics. And that’s saying something, given that
By Matt Valentine    September 26, 2018

Stoic philosopher Epictetus’ Manual for Living stands as one of the greatest Stoic classics. And that’s saying something, given that it shares space with work from legends like Seneca and Marcus Aurelius.

Stoicism’s practical wisdom has had a resurgence over the past decade, with authors such as Ryan Holiday and Tim Ferriss offering their own reflections on Stoic thought and many others taking from that wealth of wisdom to live happier and overall better lives.

Though not as well known as Aurelius’ Meditations or Seneca’s Letters from a Stoic, Epictetus’ Manual for Living offers advice just as wise and powerful.

It’s not what happens to you, but how you react to it that matters.

1. Concentration and sacrifice are required to realize your desire Epictetus’ reminder to concentrate on our one great desire is a lighthouse beacon in a dark, storm-drenched world where every drop of rain is a potential distraction or new path we can take.

Between smartphones, social media, the Internet in general, and the new and varied opportunities those things have brought with it, what was already a culture conducive to short attention spans and splintered concentration has gone over the edge.

If you desire something, something great, a dream you have that you want more than anything, you absolutely must give your full and undivided attention to that thing. If not, your chances of accomplishing or realizing it are slim to none. And, yes, that will require you give certain things up or, at the very least, place them to the side for now while you pursue your dream.

Similar to concentration, realizing your great desire will also require sacrifice, something you must be willing to do. Epictetus says that you must look at the entire picture, the work it takes to get there, what people who have gotten there before had to give up, and you have to be willing to do that work and make those sacrifices. If not, it’s probably not the right thing for you.

2. Know what is in your power and what is not (and use it to inform how you live) Stoicism sometimes gets a bad rap as being a bit grim, given that negativity isn’t just a topic sometimes discussed by relevant Greek and Roman philosophers but something discussed and advised on at length.

But that’s because life is filled with challenges and Stoicism is about learning how to live better. Anyone who thinks you can learn to live better by focusing on positivity all the time and avoiding the dark stuff is delusional.

One such relevant topic is power. Specifically, knowing what is in your power and what is not. More recently, that’s been described using the term “circle of influence,” referring to the group of things which you have power over and those things outside the circle which you don’t.

Epictetus reminds us that some things are in our power and other things are not.

The actions of others, how others think of us, and what happens to others are all largely outside our control. Or, at the very least, we don’t have full control over them.

And when we try to control those things we become frustrated and end up making ourselves suffer as a result.

We should strive to right the wrongs we see in the world and pursue our dreams, but it’s important to understand that we only have so much time, energy, and resources and that, because of this, some things are outside of our control.

3. Always remember that death is close at hand In those Eastern countries where there are roots of Buddhist practice, reflecting on death was once a more common practice.

However, in the West, it’s shunned like an ugly dark secret.

Sure, no one actually likes thinking about the fact that they’re going to die someday. However, it’s the truth. And because it’s one of life’s great truths — that is, the impermanence of all things — if you can learn to navigate this truth then you can use it to live better.

Epictetus urges us to remember that death is always close because by doing so we won’t take a single second of it for granted.

What once might have been a trying grind through mud and dirt can become a more exciting and inspiring journey by reflecting on impermanence from time to time.