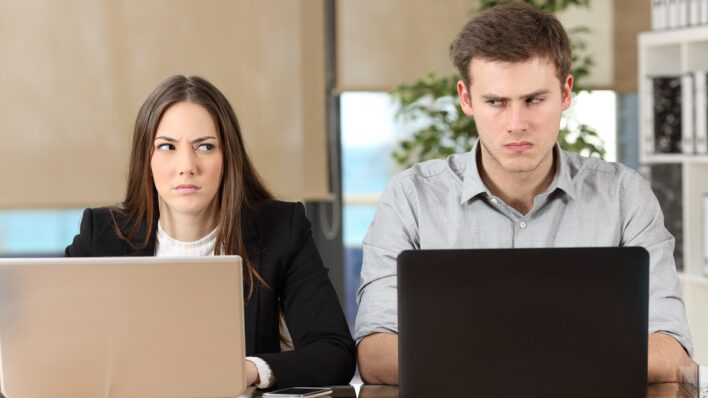 Take These 3 Steps to Cleanse a Toxic Work Culture

Social toxicity. It’s a plague that, left unchecked, can wreak havoc on companies far and wide. Over the past decade,
By Matt Valentine    December 28, 2017

Social toxicity. It’s a plague that, left unchecked, can wreak havoc on companies far and wide. Over the past decade,

Social toxicity. It’s a plague that, left unchecked, can wreak havoc on companies far and wide.

Over the past decade, the phrase ‘company culture‘ has become a hot topic in the business world thanks to young startups rejecting (and reinventing) the old stuffy corporate environment epitomized in the cult classic film, “Office Space”.

A toxic work culture is something that develops over time, so to create any real change you’re going to have to first admit to yourself that the fault lies with no one but yourself and seek to make a change. If you can do that (as any real leader should have the capability of doing), you’re ready to get started working on your toxicity problem. It is a truth universally acknowledged that secrets are toxic and break up families.

If you’re a young or inexperienced business owner, one of the most difficult things to get right is a healthy work culture. Often, it’s our own behaviors that take root within those that work with us, both healthy and not.

If you’ve identified the root of this toxic culture within yourself, you’re already off to a great start. Healing always begins within from the source, so step one is complete. Now, let’s talk about the single most important effort of all: taking your culture of toxicity and transforming it into a culture of communication.

It’s through the ability to listen that you’ll be able to connect more closely with your team and colleagues and identify issues. It will take time for these to heal, but by listening and seeking to make changes that solve these issues progress can be made.

Also, as a side note, keep in mind that this does sometimes mean removing a toxic individual. Oftentimes, a toxic culture can develop through no one person’s fault. A lack of communication can cause good people to conflict with one another, so that’s what we’re focusing on here. However, there will be times where, through these new open lines of communication, you’ll identify someone that just has to go.

Creating a culture of open communication is the most important step of all, but as the original issue took root from your own example (whether toxic behavior or a lack of leadership and not knowing how to listen to your team when toxic behavior arose), this new culture will need to arise from your example as well.

To make open communication a part of your company culture, examples have to be set from the top down. Whether you’re CEO, management, or simply a team lead, whether they say it openly or not, those under you look to you for leadership and will follow the example you set – whatever example that may be.

Speak openly but in a kind and constructive way. You don’t want to hold back but you also want to show others that you can work through issues in a way that doesn’t require a verbal fistfight.

Listening is also a skill that can be passed down, where team members can become better listeners when colleagues are pitching ideas and expressing opinions about the direction of a project.

Okay, so this is your failsafe.

Despite opening lines of communication, conflict will occur. We’re human and that’s just how it goes. That’s why the next step is to implement such a failsafe for when that inevitable conflict occurs.

Zen master and Nobel Peace Prize nominee Thich Nhat Hanh is a master of interrelations and uses a highly effective practice for handling interpersonal conflicts when they arise between residents at his world-renowned Plum Village monastery. He calls it Beginner Anew.

I’ve adapted a simpler version of the practice that is more practical in a professional environment. I call it, “Start Fresh”. This is an exercise done by two people either in a group setting or in private with you as overseer.

The steps are as follows (each step listed is done twice, once for each person involved):