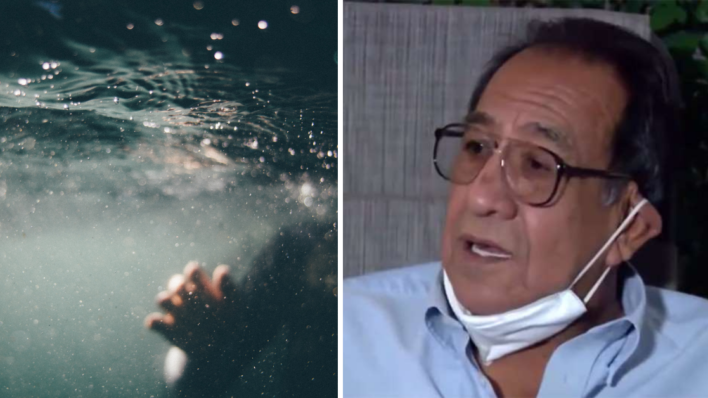 Heroic 80-Year-Old Witnesses Car Sink Into A Canal, Jumps Into Action To Save Driver

Are you the kind of person who watches and waits for others to react, or are you willing to jump
By Joel Balsam    November 25, 2020

Are you the kind of person who watches and waits for others to react, or are you willing to jump in and act when necessary?

It’s clear what kind of guy Steve Montelongo is. In October, the 80-year-old grandfather from Modesto, California jumped into a canal to save a man who was drowning in his car. And, incredibly, it wasn’t Montelongo’s first time acting decisively. While he might not agree, there is no question that this man is a hero.

He jumped in without hesitating

Montelongo was driving his granddaughter Monic Cordova to an appointment when she spotted a car off the side of the road sinking into an irrigation canal.

“She says, ‘Oh my god, a car just went into the canal, grandpa!’” the 80-year-old recalled to NBC-affiliate KCRA.

Without hesitation, Montelongo lept out of the car, telling his daughter before he left: “I’m a hero, you know,” a reference to when he ran into a burning building to save an elderly couple — but more on that later.

A crowd of twenty onlookers stared at the sinking car, but nobody did anything. Well, not until Montelongo arrived. The grandpa walked 10 feet into the canal and popped open the back door.

“It was unlocked, thank God for that. And I pulled it open, but then the water rushed in faster,” he told the Modesto Bee by phone 90 minutes after the event.

Right place at the right time

The driver stuck behind the wheel has been identified as 62-year-old Jack Swarts. An investigation learned later that a medical incident caused him to blackout and crash into the canal.

Montelongo managed to grab Swarts by the shirt. Meanwhile, a woman held Montelongo’s hand to prevent the two men from sinking and everyone managed to get to safety.

“I don’t consider myself a hero… I was just a fella that got put in the right place at the right time.”

He saved an elderly couple from a burning building

This wasn’t the first time this so-called non-hero acted to save a life.

In 2002, Montelongo was at a church meeting when he saw smoke billowing up from a house across the street. According to the Carnegie Hero Commission Fund, Montelongo rushed over and saw 79-year-old Wayne S. Maxwell through the window. Eighty-year-old Kathirne Mattox was in there, too, and Montelongo’s son Richard, who was with him at the time, couldn’t get the door open.

The retired construction worker, who was 62 at the time, took matters into his own hands. He kicked open the front door and grabbed the elderly woman first before wading through the burning living room to find Maxwell in the kitchen.

“Montelongo suffered chest pains and was taken to the hospital for observation; he recovered. The house was destroyed in the explosion and fire.”

Whether it’s jumping into a burning building or helping a friend in need, there are certain situations where we need to act quickly and decisively.

When we are given that choice – to act now or to wait – we must be brave and jump right in, because if we were in need of being rescued you can be damn sure we’d want someone to help us.

Montelongo doesn’t wear a cape, he can’t make himself invisible or fly, but, contrary to what he thinks, he is a hero because he acted. Is there a hero in you too?