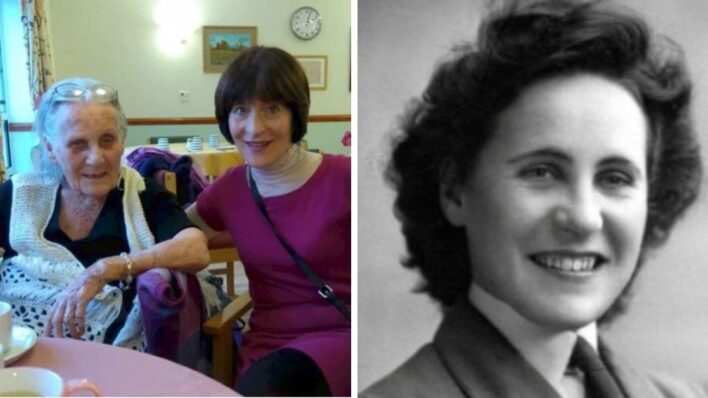 Joy Andrew had an incredible life. A war hero, she survived a planned assassination, a plane crash, cancer and now beat the coronavirus.
By Aly Walansky    July 22, 2020

Joy Andrew had an incredible life. A war hero, she survived a planned assassination, a plane crash, cancer and now beat the coronavirus.

It’s said human beings will only be handed as much as they can handle. But some humans have been handed a whole lot, which is especially admirable when they manage to come out of incredible hardships victorious.

Such is the case of Joy Andrew, a 99-year-old Jewish woman who has lived through an unimaginable amount of life trials.

Before coronavirus, Joy was a war hero

Survival is in her DNA. A war hero, Joy joined the Women’s Auxillary Air Force during WWII and served in Bomber Command. As her daughter Michele Andrew, who was adopted by Joy and her late husband David in 1963, tells, her mother is no stranger to danger.

My mother survived an assassination attempt in post-war Germany by her chauffeur, later identified as a Nazi.

“She also survived crash landing in the desert as one of BOAC’s first air hostesses. She was rescued by Bedouins,” she explained. “And she survived breast cancer.”

After having lived through all these events, she was handed yet another challenge: a diagnosis of coronavirus, at the age of 99 years old.

Joy didn’t think she would survive the virus

Joy Andrew is known to be “feisty” and a war hero, and she is all those things, but she’s also rather lucky. At 99 years young, she contracted COVID-19 in May at the Minster Grange care home in York, England.

At her age, that is a really scary diagnosis. For a while, it looked like Andrew would not beat her COVID battle. In fact, she was placed on end-of-life care and her daughter, Michele Andrew, said her “final farewell,” Yahoo News UK reports.

But she survived, and that was just the latest in the line of terrible enemies and barriers this “indestructible” woman has had to face, and beat.

She certainly wasn’t going to let coronavirus defeat her.

Resilience inspires us all

Joy, who suffers from dementia, remains feisty and an inspiration, and her family is already planning a party for her 100th birthday on Nov. 22.

Her incredible story of heroism and survival can certainly testify to the power of resilience. A lot of things are beyond of our control, but we can certainly choose to tackle hardships with the right mindset.