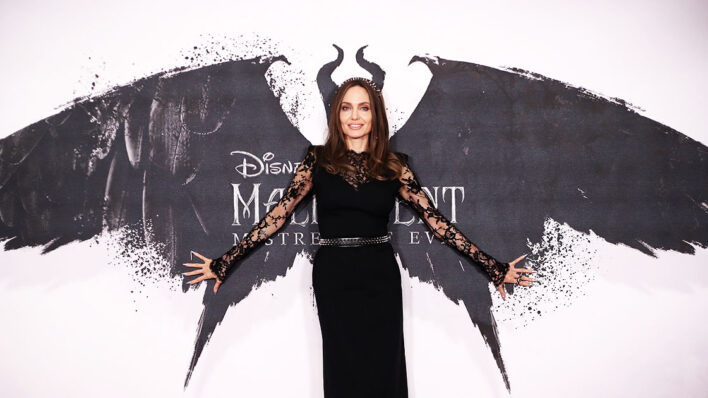 Who is the Real Angelina Jolie? Hero or Villain

Angelina Jolie has spent most of her life in the spotlight, where she is framed either as a homewrecking villain or a saintly mother. What is the reality?
By Maya Khamala    October 18, 2019

Angelina Jolie has spent most of her life in the spotlight, where she is framed either as a homewrecking villain or a saintly mother. What is the reality?

If you’re violently disliked by the tabloid media, you’re probably doing something right.

Perhaps because of what we read (or choose not to read), many people love to hate Angelina Jolie, while others idolize her as a perfect role model.

One thing’s for sure: this timeless mega star has jumped through many a fiery hoop built tall by unfair and gendered media narratives throughout the years.

First identified by good ‘ol Sigmund Freud (his faults aside), the Madonna Whore Complex (MWC) is still a highly relevant topic of discussion in 2019, and happens to pertain very much to Angelina Jolie’s treatment in the media (and in the collective imagination).

The MWC can be described as the dominant pattern of thought that divides women’s humanity into two neat and tidy categories that do not overlap (imagine that): Madonnas and Whores. The pure and the tainted. The nurturing and the depraved. The loved and respected versus the desired.

The love triangle that caught the world’s attention

Headlines about Jennifer Aniston’s husband Brad Pitt being “stolen” by Angelina Jolie began to rock the grocery store news sections all the way back in 2005. Somehow, this so-called scandal still makes the shiny pages weekly in 2019.

Why has it lasted so long?

Hmm, maybe because the “characters” (read: people) involved can be easily divided into clear and opposing archetypes.

Aniston, associated with heart-warming movies, evidently for women: “the Madonna.”

Jolie, connected to darker movies which might be understood as ‘for’ men: “the Whore.”

Pitt, the alleged cheater: the helpless/blameless male who happens to look good no matter what he does or doesn’t do.

So who is the real Angelina Jolie?

Is she a stormy home wrecker?

Ahhh, the projected cat fight: you can’t have two strong female protagonists in a story—can you? Well, the unreality-based headlines would have us believe, no.

According to the tabloids, Brad and Jen are eternally getting back together, Jen and Angie are constantly exchanging looks that could kill, Jen is dating a Brad doppelgänger, and most importantly, dark and sexy Angie is a vicious femme fatale intent on wrecking any and every home in her path– regardless of the unfounded nature of these continual claims.

Is she a saintly mother?

Angelina has also been painted as a charitable mother and survivor figure (a Madonna), largely due to the fact that she’s set up multiple charitable foundations, works as a goodwill ambassador to the UN, and has received an honorary Damehood for her efforts to end sexual violence against girls.

She’s also spoken out courageously about her experience with having a preventative double mastectomy, and has given speeches about her overall privilege.

Still, to dub Jolie as a selfless/motherly Madonna would be entirely missing the point as well.

In this vein, she recently she opened up about the role she plays in her brand new Disney release, Maleficent: Mistress of Evil. In the film, the witchy Maleficent is an adoptive mother to the saintly Princess Aurora.

Angelina elaborated on Maleficent’s character for the Mirror:

Angelina has also discussed how a lot of mothers worry if they’re doing a good job, including her. Sounds pretty human to me.

How to break out of the complex

In reality, humans don’t actually align with neat and tidy stereotypes and archetypes set out.

Truth: Angelina was already a mother during her sexy Tomb Raider days and she’s still pushing boundaries today, without regard for how many she happens to topple over. While other celebs have played princesses, Jolie seems to prefer the role of dark, introverted queen.

She doesn’t worry if certain folks will want to befriend her as a result of her bold life choices. She’s a tattooed bisexual icon who makes challenging films that don’t shy away from the gloom factor—even more so as a director.

Bottom line: The world as we know it is still by-and-large afraid of strong, independent, unconventional women who know themselves and refuse to bow to societal pressures or pretend to be something other than they are.

I believe the word for that type of woman is, um, badass. Need inspiration for your own badassery? Just look past the tabloids and read the book Angelina wrote about her travels.

Or better yet, apply these lessons to your own life, and let yourself break out of the boxes others may try to put you in and live your own truth!