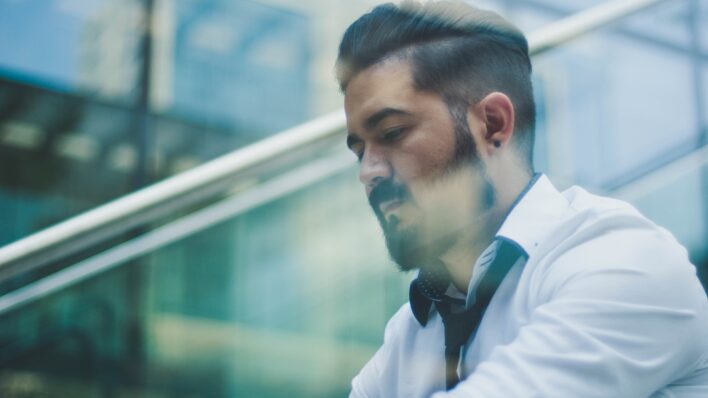 If you’ve failed at something recently, something that really mattered to you, you know that it sucks. It really sucks.
By Matt Valentine    March 14, 2019

If you’ve failed at something recently, something that really mattered to you, you know that it sucks.

But does failure really have to be a setback?

I’ve had my fair share of failures over the past several years, some more painful than others, so I’ve gotten fairly good at taking failure and applying it in a productive way.

Everywhere online you can find quotes like, “Use failure as a stepping stone,” or, “Failure isn’t defeat. Use it to make you better.” But how exactly you do that they happened to forget to mention.

Failure is simply the opportunity to begin again, this time more intelligently.

There are a lot of productive ways you can approach failure, the simplest and most direct is seeing that there’s always something to learn from it. But just after failing it can be really difficult to tell what, if anything, there is to take from it. Sometimes, it seems like there’s nothing to learn at all.

That’s why, more than seeing each failure as an opportunity to learn some self-contained lesson, I suggest you treat failure as a scientist would an experiment.

A scientist seeks to prove or disprove a hypothesis.

For the average scientist, it’s about the pursuit of the truth more than it is being right or successful.

But this same mentality can be used to help deal with failure of all kinds by making those failures impersonal experiments and adjusting based on your results, continuously improving and moving closer to your goal.

The impersonal part is important. It’s impossible to make any failure completely impersonal. However, in my experience, the attempt to step back and view your results and the events that led to them in an objective way can be quite successful.

It’s about obtaining a certain depth of perspective so that you have just enough clarity to see not only what went right and what went wrong but to compare that failure to past “experiments” (projects, efforts, goals, whatever you want to call them).

We’re very good at deceiving ourselves. We always manage to find a way to convince ourselves that we’re doing good and making real progress. But that’s not always the case. In fact, if you’re not carefully tracking your progress, it usually isn’t.

But being more calculated and impersonal about your failures is also important because a scientist doesn’t kick themselves when an experiment fails. They don’t see it as a mark of their own lack of worth but merely a part of the process.

When you’re setting out into the world, it’s difficult to know what will work and what won’t. There are so many moving parts that it really is like you’re conducting your own experiments.

A scientist always has some level of control over an experiment. After all, they performed it.

However, they don’t kick themselves over a failed experiment because they understand how many other factors come into play as well. And, most importantly, because their goal is to find an answer to their big question more than it is stroking their ego.

By making your major goal your big experiment, you can do the same. Know that it will take several iterations, countless experiments until you’ve learned enough about all the moving parts, variables, and the “physics” involved. But keeping this top of mind is exactly what will make the process so productive for you.

Instead of reeling after every setback, following the necessary recovery period you’ll quickly be able to jump back into things, analyzing your results, adjusting, and moving on with a new hypothesis– and with fresh energy to pursue your goal.