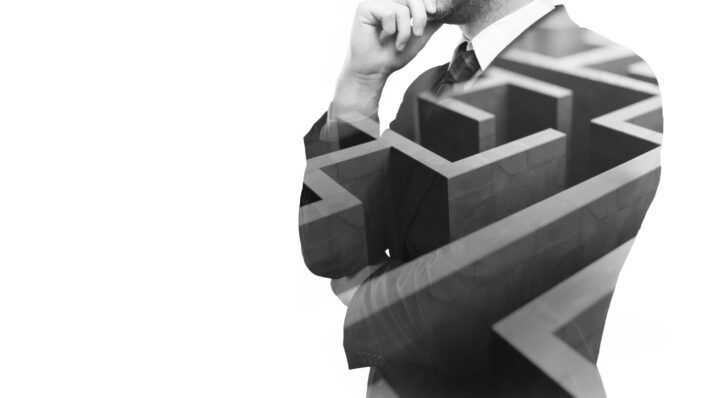 For every individual who dreams big and aspires to achieve significant heights of success, greater risks, more sacrifices, and constant
By Iman Bahraini    July 6, 2017

For every individual who dreams big and aspires to achieve significant heights of success, greater risks, more sacrifices, and constant

For every individual who dreams big and aspires to achieve significant heights of success, greater risks, more sacrifices, and constant failures come as the journey goes on. Entrepreneurs who are known to be goal-oriented, highly-organized, and work-dedicated are not an exception in the list.

However, from every encounter with failure comes a greater purpose, and often the best stepping stone for long-lasting success. Whether business downfalls stemmed from bad choices of employees or wrong decisions in handling finances, overcoming them is one great thing while embracing them is another. You might be one of the entrepreneurs who struggle and are juggling a bunch of problems right now. Discover more about conquering failures with these five motivational statements from some of the world’s most successful entrepreneurs today who experienced failing rock-bottom but eventually managed to overcome it.

Failure is not the opposite of success. It is the stepping stone to success.

Ariana Huffington, co-founder of the Huffington Post, remembered her mother’s words when she faced criticisms, negative responses from HuffPost viewers, and rejections for her book from 36 publishers. However, she learned not to fear failures. She says that the world is not just about victories, but that failures polish us to discover who we genuinely are.

I learned to be as open about my failure with my friends and family as I was willing to be about my successes.

Christina Wallace, current vice-president of Startup Institute branding and marketing, shared her realizations and how miserable she felt after the closing down of Quincy Apparel. However, after spending weeks of crying and not leaving her bed, she picked herself up and faced the reality that was waiting for her.

I think the best companies are those that can recognize when something isn’t going right, and fix it, instead of just turning a blind eye because it’s easier.

Ben Lerer, CEO of Thrillist Media Group, found out that the best way to avoid having failures drag you down is by acknowledging the shortcomings in the business strategies. He also shows a willingness to work on and find the solution to resolve the problem, instead of overlooking the mistakes just because it’s more convenient given the situation. During these trying times, I poured all my energy and focus into doing whatever it took to succeed and leading my team by example.

Despite all his hard work, David Lucatch, CEO of Yappn Corporation, experienced his company in a deadlock in its initial days. However, he eventually realized that positive energy is contagious and that he must keep it spreading to inspire everybody. He also noted that it is required to have the determination to turn an opportunity into a victory, and that it is necessary to learn from failures.

I had to learn that my greatest failure could be not aiming high enough, or not trying in the first place.

First-time entrepreneur Joanne Lang, CEO of Aboutone.com, quickly learned that one must embrace failing and see it as an opportunity for learning. Failure is a sign that you have given fresh ideas a shot and that you have put as much effort into something as you can.

Since the process of learning through failures is full of emotions, Lang mentioned that it is important to have mentors who will continue to trust and support you through trying times, and guide you on each step of your way. These advisors are the keys to your success, and they will push you to always go further and aim higher.

For every significant progress, there are great failures as well. But for every failure comes a new door towards success. It may sound cliche, but it is true.

You might be thinking that with the struggles you are encountering right now, there’s nothing more for you in the business industry, so it’s better to give up than to go on. Every successful entrepreneur must undergo the challenges posed by weaknesses, failures, and risks. The only thing that separates the successful people from those who are not is the determination to keep going.

Iman Bahrani is the CEO of Searchical AU, the top Brisbane SEO company. He is an SEO expert and is currently in partnership with different business companies around the globe. Iman also enjoys sharing his ideas through blog writing about online developments and digital marketing.