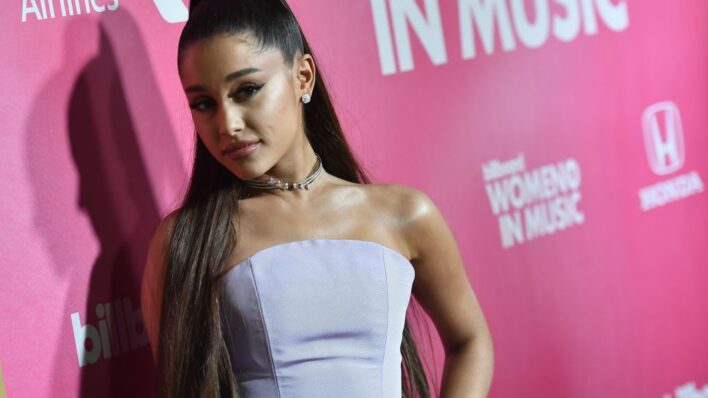 5 Daily Habits to Steal From Ariana Grande, Including Keeping Her Ego in Check

You know her from her super-high ponytail and impressive vocals — but there’s definitely more to Ariana Grande than you
By Lindsay Tigar    May 21, 2019

You know her from her super-high ponytail and impressive vocals — but there’s definitely more to Ariana Grande than you realize.

At the age of only 25, she’s considered one of the world’s top recording artists, with many of her hits topping the Billboard 200. What’s even more impressive is the fact she can do everything from pop to trap, and her fan base stays dedicated.

All of this superpower — on and off the stage — has landed her on Time’s most influential people in the world lists in 2016 and 2019. Billboard also recognized her as “Woman of the Year” in 2018.

Did we mention as of February 2019, she’s the most followed woman on Instagram with 155 million followers? Her net worth of $50 million continues to grow.

Here’s how Ariana Grande balances all of the magic:

She manifests her dreams

Ask any new life guru, astrologer, or life coach and they’ll shout from the rooftops just how important it is to adopt a manifestation practice. As the name suggests, this is when you visualize (and, more importantly, believe and trust) that those things you want are on their way to you.

Most of the planet’s most successful business leaders, athletes, and performers have perfected this way of thinking, and well– the ducks seem to line up in a row for them. Grande is no different — in fact, she’s been a fan of this idea since she was a kiddo.

“When I was 6 years old, I just kind of decided that’s what I’m going to do with my life, period,” says Grande, who grew up in Boca Raton, Fla. “I manifested it. I knew I would. There was never really a doubt in my mind,” she told Billboard.

If you want to test it yourself, create a vision board by cutting out words and images from magazines that you inspire you. These should be different aspects you think are missing from your life — like a relationship, the career you want, traveling opportunities — that you can look at every single day, and manifest them.

She stands her ground, when necessary

There’s a difference between being someone everyone likes to work with — and being an egomaniac. Though women are often given a bad rep for standing up for themselves or taking authority, men aren’t given the same character label for doing the same. Grande, a feminist, doesn’t let anyone or anything stand in her way — but she does it professionally.

As she told Billboard, it’s often a shock to those she works with, and it gives her the respect she’s earned and deserves. “I’ve politely walked out of sessions before. It has happened. I’m a small girl. People tend to underestimate that. And then I sit down and comp my own vocals and can produce my own session, and they’re like ‘Oh, I didn’t know you could do that.’ I’m like, ‘Believe it or not, there are plenty of tiny women that can do this.’”

Perhaps Grande says it best when she urges other people to be who they are, and not what’s expected from them: “you can be adorable and brilliant. You can be friendly and silly, and yet strong and indestructible. You can be professional and present and also sexual and fun.”

She ignores the norms — and does her own thing

When you’re rising through the ranks of whatever industry you choose, there are certain steps that everyone has gone through. You start here, you move up there, you do this then, and then you do that. But just because there is a historical record of how things were that doesn’t mean they have to keep on being that way.

Grande is the shining example of that: her dream was to be a singer but to put music out the way a rapper does.

“I feel like there are certain standards that pop women are held to that men aren’t. We have to do the teaser before the single, then do the single, and wait to do the preorder, and radio has to impact before the video, and we have to do the discount on this day, and all this shit. It’s just like, ‘Bruh, I just want to fucking talk to my fans and sing and write music and drop it the way these boys do. Why do they get to make records like that and I don’t?’ So I do and I did and I am, and I will continue to,” she shared in an interview with Billboard.

She keeps her ego in check

Considering she’s worth $50 million (and counting), it’d be easy for Grande to let money get the best of her. But while she’s confident, she also wants to ensure her ego never gets out of control. This keeps her humble, focused — and ready for every new stage of her career. To do this, she practices gut and mental checks to remain aligned.

As she told KIIS 1065: “If things are upsetting you, make sure your intention is correct like “why is this bothering me? Am I giving into my ego? Or is this a real problem? It’s very stressful going from a person who loves to sing, dance, perform, and make music to a person who is literally material for people to write blogs and dissect you. If I were to worry about that, that would be me giving into my ego. I try to not see it.”

She does what’s good for her mental health

If her hit song “thank u, next” doesn’t illustrate her feelings toward dating, then consider this about Grande: she protects her mental space.

This doesn’t just mean in relationships, but in every aspect of her life. Especially as a creative, naysayers can have a major impact on your sense of self and creativity. That’s why she thinks carefully about who is in her life — and who shouldn’t be.