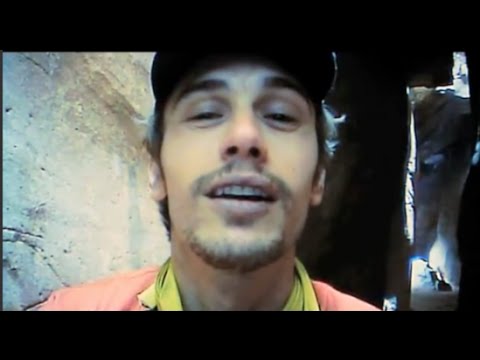 Transcript: “Well, I decided much earlier, even within the first hour of entrapment that I would have to cut my
By Goalcast    July 4, 2016

Transcript: “Well, I decided much earlier, even within the first hour of entrapment that I would have to cut my

Transcript:
“Well, I decided much earlier, even within the first hour of entrapment that I would have to cut my arm off, except I couldn’t figure out how to do it. By the final night that I was there, I was pretty sure that I was going to die. I was a certain of that by the first time I even turned the camera on, 24 hours into it I was gonna die, I couldn’t cut my arm off, I would either bleed to death before I could get to medical help, and then I realized the knife isn’t sharp enough to get through the skin, and then it isn’t sharp enough to get through the bone. There’s the vision as I had for a little boy who comes running over to me as I, I saw this kind of in a dream-like moment of the sixth day, the fifth night that I was there. It was dark in the canyon, but I saw myself leave and go into a living room, and here I scooped this little blonde haired boy, and I was like, I know that this is my future son, here it is it’s him, I’m looking at him straight in the eyes, and then it was the epiphany of realizing that I can break the bones in my arm, I didn’t have to cut through them with the knife, I could break them, and from that point it was just this smile. Still today, I look at it, and I wouldn’t change anything. Wouldn’t take a sharper knife, wouldn’t have a jacket, wouldn’t take more water, like it had to happen the way that it happened, to me it’s all been a blessing, what the gift of it is, is that it draws me out of my daily experience into a place of appreciate and gratitude.”- Aron Ralston