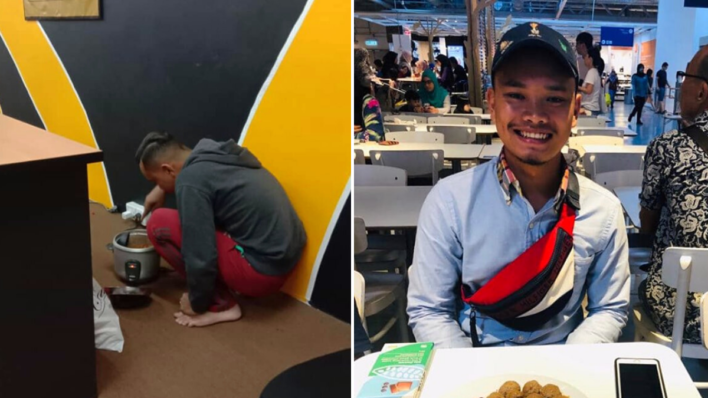 One boss was taken by surprise when he found out the money from his employee’s paycheck was going to an unexpected, yet worthy cause.
By Joel Balsam    March 5, 2022

One boss was taken by surprise when he found out the money from his employee’s paycheck was going to an unexpected, yet worthy cause.

Malaysian entrepreneur Azri Walter was surprised when he saw his employee cooking rice at the office, so he posted it on Facebook.

He could afford a much nicer lunch

Azri thought he paid his employee, named Habil, enough- about $240 that week in the local currency. That should be enough to feed himself lunch at the very least (here’s what success really means).

Doing it for his mama

Habil explained that his paycheck wasn’t going to himself, but rather, to his mother- though she never asked for help (these strong women quotes will help you understand).

“She didn’t ask, but I feel bad for her. If I give her the money, she can use it to buy food and clothes for herself, as well as for my siblings,” Habil explained, according to Says.

Habil’s father died when he was just 19 years old, and he had to move to the big city of Kuala Lumpur to feed his family (read these moving quotes about family).

Touched by Habil’s story, Azri treated his employee to dinner a few days later. While they ate, Habil explained that he has no regrets about what he was doing.

It’s okay, sir. I do not know how much longer my mum will be around. While she’s still here, I want to make her happy. I don’t have anyone else to look after, so it’s fine. After all, I’m good at making money on my own now.

Don’t be afraid to give back

Azri said in the Facebook post that Habil’s story taught him a valuable lesson. “Tonight I learned that we shouldn’t be stingy with our parents, especially our mothers,” he wrote. “We shouldn’t be afraid to give money back to our mothers because God will always provide. To be blessed, we should treat our mothers well.”

Habil is right. Our mothers gave us everything that they could give when we were younger. Now that we are older, they may even give us things that we do not ask for.

The lesson here is that not everyone’s life situation is as it seems. Just because someone looks like they’re making a good amount of money, it doesn’t mean they aren’t supporting loved ones or giving it away to worthy causes.

And yes, it’s also a reminder to take care of our mothers while they’re still around. You and I both know how much they deserve it.