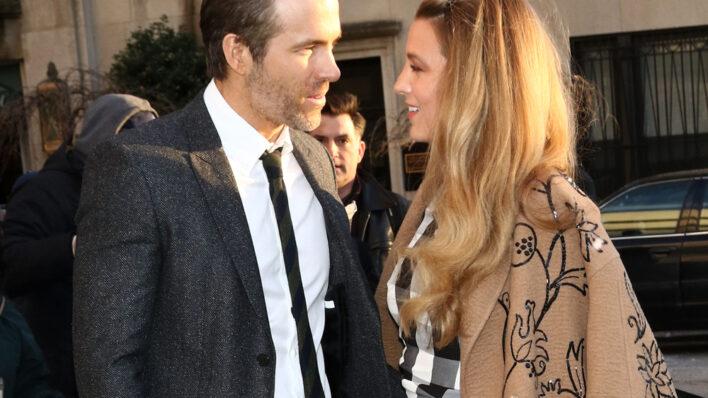 He might be a goofball on screen and in the public eye, but in his personal life, Ryan Reynolds suffers
By Joel Balsam    May 25, 2018

He might be a goofball on screen and in the public eye, but in his personal life, Ryan Reynolds suffers

He might be a goofball on screen and in the public eye, but in his personal life, Ryan Reynolds suffers from inner demons. The star of Deadpool 2 recently revealed he battles with anxiety and now he has explained why.

It all stems from his relationship with his late father, James. “My dad was a tough guy,” said Reynolds in an interview with Mr Porter. “He was good in many ways as well, but he was tough on us.”

Reynolds called their relationship “complicated” and “fractured” and added: “This is not meant to be some sob story – everyone carries their own bag of rocks around and I am no different in that regard – but growing up in my house, it was never relaxing or easy and I know that, throughout my life, I’ve dealt with anxiety in different ways.” Blake Lively to the rescue

Reynolds’ partner, Blake Lively, helped show him that he had to target his anxiety at the root. When Reynolds’ father was dying of Parkinson’s disease, Lively pushed her husband to rekindle his relationship with his father.

“She has a gift for foresight,” Reynolds said.

After working things out with his dad, Reynolds said he and Lively decided to name their daughter James.

“It felt right,” Reynolds said of naming his newborn after his father. “All family relationships come with some complications. For better or worse, all roads lead to here. At the end of the day, it’s easier to focus on the good stuff than the bad. My father died soon after my daughter was born, but he got to see her, which makes me happy.”

Instead of letting anxiety pull the rug out from under him, Reynolds transforms it into fuel.

“I mean, my God, it’s the anti-complacency pill, but it’s also something that you need to manage,” he told Mr Porter.

To control the anxiety, the super fit actor likes to exercise. “Otherwise, I start to get a little bummed. For me, it is more psychological. Exercise is a means of expelling those demons.”

He also loves to laugh things off.