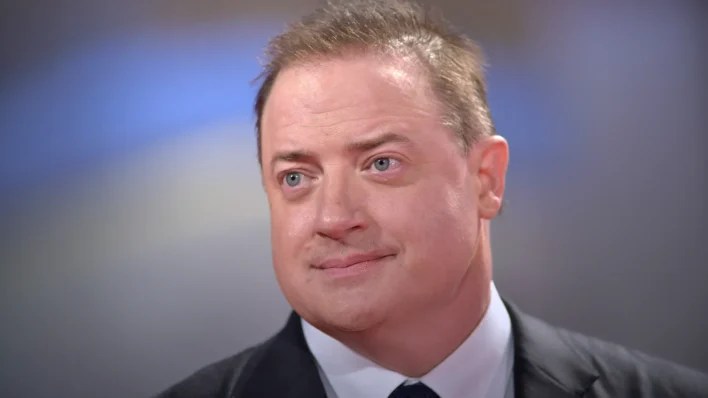 Brendan Fraser is receiving well-deserved praise for his role in Darren Aronofsky’s “The Whale.” Where has he been since the 90’s, and what brought him back to the spotlight?
By Jenna Pearl    September 16, 2022

Brendan Fraser is receiving well-deserved praise for his role in Darren Aronofsky’s “The Whale.” Where has he been since the 90’s, and what brought him back to the spotlight?

For many comedy fans, Brendan Fraser was a king of the 1990’s. The start of his acting career seemed to promise decades to come with the actor starring in comedic and action roles. Yet by 2005, he was withdrawing more and more from Hollywood.

RELATED: What Happened To Adrien Brody? The Promising Leading Man Who Mysteriously Left the Scene

Despite continuing to act in the intervening years, Fraser hadn’t received acclaim for his work in over a decade. That’s all changing now with his award-winning performance in Darren Aronofsky’s The Whale.

His recent reemergence into the public eye has fans wondering: where has Brendan Fraser been, and why haven’t we heard from him in so long?

A Brief History of Brendan Fraser

Fraser wasn’t born into a performing family. Born in 1968 in Indianapolis the youngest of four boys, his mother was a sales counselor and his father was a Canadian foreign service officer. His family moved around a lot during his upbringing; as a child he lived in Eureka, California, Seattle, Washington, Ottawa, Ontario, the Netherlands and Switzerland. His first breakout role in film was in 1991’s Dogfight.

Until his recent turn in The Whale, Brendan Fraser was best known for his leading roles in the 1990’s. In 1992, he starred in the comedy Encino Man. This lead to more comedy roles throughout the decade in films like Airheads (1994), George of the Jungle (1997) and Bedazzled (2000.) But he became a household name after playing Rick O’Connell in 1999’s The Mummy and its subsequent sequels.

After the early 2000’s, though, Fraser fell out of the limelight. He continued acting in films and television shows, occasionally making cameos as himself. But a series of setbacks in his personal life caused him to withdraw, both personally and professionally.

The Trauma That Caused Brendan Fraser to Withdraw From Hollywood

Fraser himself attributes his withdrawal from Hollywood to three distinct events in his life: an instance of sexual assault in 2003, his divorce in 2007, and his mother’s death in 2016. Readers should be warned that there will be a description of the sexual assault incident in the next few paragraphs.

In 2003, at the height of his career, Fraser attended an event hosted by the Hollywood Foreign Press Association (HFPA) at the Beverley Hills Hotel. While there, the former president of the HFPA, Philip Berk, reached out to shake Fraser’s hand.

In his memoir With Signs and Wonders, Berk describes pinching Fraser’s bum as a joke – but in a 2018 interview with GQ, Fraser recounted a very different series of events. “His left hand reaches around, grabs my ass cheek, and one of his fingers touches me in the taint. And he starts moving it around.”

RELATED: Whatever Happened to Gene Hackman?

“I felt ill. I felt like a little kid,” Fraser told GQ. “I felt like there was a ball in my throat. I thought I was going to cry.”

Fraser immediately rushed out of the event, and didn’t talk publicly about the incident for 15 years. “I didn’t want to contend with how that made me feel, or it becoming part of my narrative.” He said that ultimately he was inspired by the #MeToo movement to talk about what had happened to him.

A few years later, in 2007, Fraser and Smith divorced. In the divorce settlement, Fraser was ordered to pay $25,000 monthly in child support and $50,000 monthly in alimony. Unsurprisingly, Fraser struggled to pay $900,000 annually to Smith.

Many of his early roles also left a toll on his body, leading to a series of surgeries over the course of seven years, including surgeries for his spine, knees and vocal chords.

The Whale is director Darren Aronofsky’s most recent drama. It follows an obese man named Charlie, played by Fraser, who is trying to reconcile with his estranged daughter. Like many of Aronofsky’s previous movies, the film is currently circulating through the film festival circuit, amassing awards and acclaim.

Along with the emotional demands of the role, Fraser had to contend with six-hours in the makeup chair to apply prosthetic suits that added 22 kg to 136 kg to his frame. “I developed muscles I did not know I had,” Fraser said at the Venice Film Festival.

“The torso piece was almost like a strait jacket with sleeves that went on, airbrushed by hand, to look identical as would human skin, right down to the hand-punched hair.”

His performance has become somewhat of a sensation. Some have even gone so far as to speculate that Fraser will receive an Oscar nod this coming year. Fraser recently made headlines for openly crying during a six-minute-long standing ovation at the Venice Film Festival. He was nearly as emotional at the Toronto International Film Festival (TIFF) when accepting a TIFF Tribute Award for his body of work.

“This is new for me, as things go, because normally I’m the guy at the podium who hands these things out,” he said in his acceptance speech.

“Apart from being a part of some pretty impressive and talented ensemble casts, I think that the last time that I waited to hear my name called aloud to receive an award was in grade four. And it was from the Peewee Bowling League.”

The Whale, as Fraser pointed out in his acceptance speech, is a redemption story. And not unlike his character Charlie, Fraser’s second act seems to be a bright one. If Brendan Fraser’s recent return to stardom can teach us anything, it’s that there is always time for a second chance.

It’s doubtful that anyone expected the 53-year-old to come bursting back into the headlines with a nuanced, moving performance – but as Fraser’s turn in The Whale has shown us, anything is possible, and sometimes we are all pleasantly surprised.