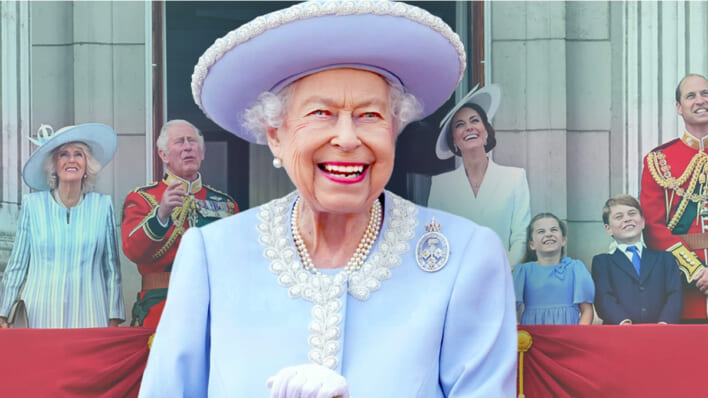 The British Royal Family is not just a quirky remnant of Britain’s history, but an actual socioeconomic force that the public is increasingly fed up with.
By Jeff Liddell    June 9, 2022

The British Royal Family is not just a quirky remnant of Britain’s history, but an actual socioeconomic force that the public is increasingly fed up with.

* This article was updated on September 9, 2022, one day after the death of Queen Elizabeth II.

Monarchies are often depicted as a relic of the past, the staple of a way of life that is long gone. In a political landscape that is heavily shaped by two notably antimonarchist historical events — the American and French revolutions — the idea of even having royalty in society tends to be seen as redundant.

Despite the centuries-long impact of what happened in the United States and France, there are some parts of the world where having a monarchy in some capacity is completely normal. The United Kingdom is the most notable example, but for many of the people who live within the UK — and for those who live outside of it — its existence continues to be problematic.

Why Do People Like the Queen of England and Her Family?

The British monarchy is perhaps the most well-known of all the world’s current living monarchies. While other countries in Europe, such as Sweden and Belgium, have their royal families, none is as recognizable as the rule of Buckingham Palace. Queen Elizabeth II was of particular interest as the family’s figurehead.

That being said, the British monarchy might be treated like celebrities and generate tourist money for the United Kingdom, but it is still a controversial part of not only British society, but the Commonwealth as a whole.

While archaic, the British monarchy is ultimately a spectacle to the average person. The Royal Family’s role in philanthropy and Britain’s national identity also leads to society downplaying the monarchy’s negative historical impact, despite people, especially younger people, being increasingly more open to ditching it altogether.

Why Do People Hate Queen Elizabeth and the British Monarchy?

Like it or not, the monarchy’s role in British history is troubling, and many of the citizens under its “rule” take exception with the family’s inborn benefits. The Crown is exempt from taxation and inheritance tax, for example, and thus, is seen as an “arrogant” corporation that operates, somehow, above British law.

The British monarchy also has its roots in the Norman invasion of England in 1066, by William the Conqueror. Despite the whitewashing, the monarchy lacked humble beginnings, even in its own home turf.

Outside the United Kingdom, hatred for the British monarchy is perhaps more blatant. The Commonwealth of Nations, theoretically a voluntary association of over 50 sovereign states, is the product of Britain’s vast, long-lasting, and ruthless imperial aggression.

In a world where the self-determination of people is at the very least publicly seen as a positive, it is arguably nonsensical for a foreign, and most importantly, outdated institution to be the head of state. Beyond the absurdities of how these countries are governed, the British monarchy is hated due to its direct role in colonialism and other collected atrocities.

Are the Queen and the British Royal Family Guilty of Crimes?

The most well-known crimes associated with British rule under a monarchy are probably the Empire’s implementation of settler colonialism. The British Empire is responsible for the pillaging of lands in North America and Oceania, and the genocide of the continents’ indigenous populations.

If one were to exclude Ireland, there are five “anglosphere” countries in the Western world: The United States, the United Kingdom, Australia, Canada, and New Zealand. Apart from the UK — and even that is debated — all these countries are the product of British settler colonialism, which involved slavery and forced assimilation.

RELATED: Meghan Markle Is Worth Admiring — but Not Because of Royalty

The monarchy has a historic role in Britain’s other colonial endeavors. As early as 1600, the Crown allowed British companies to establish commerce in places like Southern Asia and the Caribbean, which were part of the British Empire.

Aside from Queen Elizabeth I’s role in the Atlantic Slave Trade, the British monarchy also had roles in exacerbating famines (most notably in Ireland and India), the creation of concentration camps for Boers in South Africa (which would partially inspire the Nazis’ own infamous concentration camps), and to this day, still participates in the pillaging of African countries long after they were recognized as independent nations.

As the reality behind the British monarchy’s history gets more exposure, the public’s disdain for the Royal Family gets stronger, even in developed countries, where public opinion ranges from indifferent to positive.

The British monarchy is seeing a steep decline in popularity in countries like Canada and Australia, and while it has yet to be promoted as a “main” issue among the populace, there is an interest in simply ditching the monarchy altogether now that Elizabeth has passed and been replaced as ruler by her son, now King Charles.

This poses a new challenge for the British elite, especially the Royal Family. While there were always detractors, now they must think in order to preserve whatever good remains in their public image. This, however, puts them into a strange position.

Their actual socioeconomic status is more similar to that of a billionaire CEO than even the rich celebrities with which they are more often associated. Everything about them, from their actions as philanthropists, to Elizabeth’s “Head of State” title, was performative, meaning their true purpose, other than a tourism attraction, is, at best, dubious to many of their detractors.

Can King Charles III Heal the Hate of the Queen and Royal Family?

The heir to Queen Elizabeth II’s throne was her eldest son, Charles, once the Prince of Wales and now the third King of England to reign under his name. Conversations about Charles show that Elizabeth played a huge role in the public perception of the monarchy, as the Royal Family’s popularity was once shown to plummet once she was out of the picture. Even with the constitutional troubles that still might entail, most Canadians (for example) did not want Charles to become their country’s official “king.” Charles is also unpopular in Australia and the United Kingdom itself.

If other members of the Commonwealth, such as the aforementioned Australia, are less tolerant of having to put up with the monarchy, then things must change. Elizabeth was almost a century old at the time of her death, and her reign lasted 70 years. Charles has officially taken over as King of England, but the Royal Family still has to adapt to a world without Elizabeth.

While this solution can be easily dismissed as a pipedream, it is a legitimate way of mitigating the increasingly sour relationship with the people, especially the people of the Commonwealth, and the Royal Family. If the monarchy wants to preserve what good it has left as a public figure, it should at least adopt reformist policies regarding its place in politics.

Less involvement in states outside of the UK, which could lead to more Commonwealth countries becoming republics, is the best way to address the hate for the British monarchy. If they cease taking part in affairs that materially affect people’s lives, simply act like the archaic celebrities they depict themselves as, and stop being a tax burden on their people, then the public will be more tolerant of them, regardless of who has the throne.