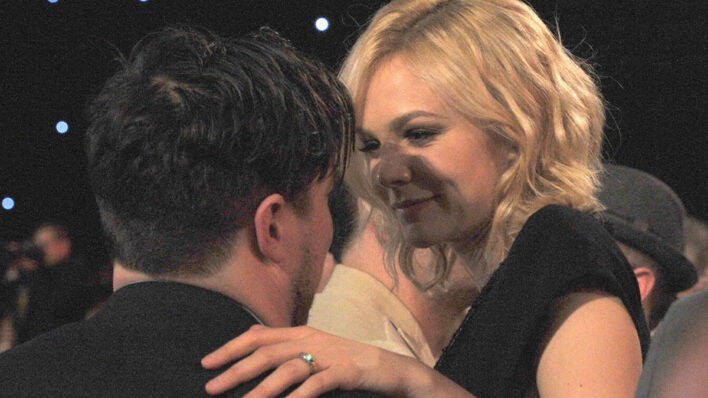 Carey Mulligan and Marcus Mumford met as children and stayed connected as pen pals. As adults, they reunited and the spark was still there.
By Barbara Pavone    October 10, 2019

Carey Mulligan and Marcus Mumford met as children and stayed connected as pen pals. As adults, they reunited and the spark was still there.

“Love letters are becoming a lost art form, which is very sad,” Carey Mulligan proclaimed back in 2013. “To have a love letter from someone, to hold it in your hand and know that you can keep it for your whole life… well, that’s an amazing thing,” she explained. And she sure would know.

Mulligan is a bit of an expert when it comes to love letters and the power of words. The actress and her rock star husband Marcus Mumford used to pen letters to one another as kids and now that they’re enjoying wedded bliss, they haven’t forgotten about their roots.

More specifically, the lovebirds still regularly write love letters to one another, cherishing the importance of open communication that comes straight from the heart.

Carey Mulligan’s romance with Marcus Mumford reads like the ultimate rom-com script. The British actress and her musician beau, who’s best known for being the lead singer of Mumford & Sons, first met when they were kids and managed to build a lifelong relationship thanks to letters.

Although they’ve never spoken about those early years publicly, according to insider sources, Mulligan and Mumford first crossed paths when they attended the same church camp around the age of 12.

They hit it off and, as the summer came to an end, they kept up their friendship and nurtured it through hand-written notes.

According to the unnamed source who spoke with The Sun, the pair became full-fledged pen pals, as they “began sending each other letters through their churches when they were kids.”

Time passed and Mulligan and Mumford reportedly lost touch, as they began pursuing their respective careers and dating other people. Then, fame thrust them back together and their strong childhood bond did the rest.

They reconnected as adults

The couple actually reconnected at a house party in Nashville in February 2011. Mumford & Sons performed that night, but even before that, Mulligan and her rumored boyfriend at the time, Jake Gyllenhaal, were spotted having dinner with Marcus’ band at a local restaurant.

While the tabloids focused on Mulligan and Gyllenhaal, they missed the real sparks that began to fly between the actress and her longtime friend.

Even though Mumford & Sons went on tour shortly after that party and Mulligan’s acting continued to take her around the globe, being apart was nothing new for them. Besides, they had a secret weapon: letters.

The very thing that kept them connected at a young age is the same thing that has allowed them to remain connected as adults, even when they’re physically apart.

Just one month before she rekindled her relationship with Mumford, Mulligan spoke with The Telegraph about dating and her approach to relationships.

I’m a hopeless romantic and I always say how I feel. I love love stories.

It’s no surprise then that she would cherish the act of writing (and receiving) a love letter to such an extent.

During that same interview, the Great Gatsby star also revealed another important element of her personality.

I suppose that’s the romantic side of me, but I am quite practical

She continued, “My friends at school used to say, ‘If a guy texts you, you can’t text back for three days.’ I was always like, ‘Bollocks! Text back!’ I’m a practical romantic.”

It’s that practical romanticism that ensured she didn’t waste any time once Mumford was back in her life.  Just five months after they started dating, they got engaged, then said “I do” on a farm in Somerset, England in April 2012… less than a year after the courtship began.

Jump to 2015 and they had had their first child, daughter Evelyn, then in 2017 came their son, Wilfred.

Their bond inspires them to give back

But Mulligan and Mumford aren’t just aligned on the romantic and family fronts, they also share a major passion project: charity work. Both act as ambassadors for War Child UK and, as Mulligan noted in an interview with People, they’re very hands-on.

“Marcus and I have been to the field and we’ve seen the work,” she revealed, recalling a trip to the Democratic Republic of Congo.

If there’s one thing we can all learn from Mulligan and Mumford’s successful, decade-long relationship, it’s the importance of speaking from the heart and going that extra mile with romantic gestures, as well as the fact that happily ever after doesn’t happen overnight.

True love can ebb in and out of your life for years before everything aligns and the timing becomes right. When that does happen, all you have to do is be open to the possibilities ahead… and be a practical romantic.