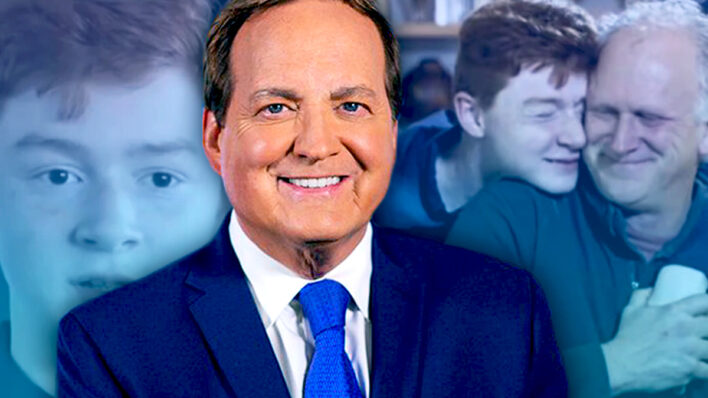 One teen who had been in the foster care system since he was three years old finally found a forever family after living in 15 foster homes.
By Sophie Tolias    March 25, 2022

One teen who had been in the foster care system since he was three years old finally found a forever family after living in 15 foster homes.

Alex was just looking for a family to love him and give him a stable home, but he had given up hope.

In a span of 11 years, the teen had lived with 15 different families. It was a painful cycle of getting to know and getting used to a family, only to do it all over again. The 13-year-old had lost all trust in adults.

“Trust was a really big issue,” he said, quoted by Boys and Girls Aid, “There was no point in even looking for a family or trying because I thought I would just end up back in a foster home.”

He began to become problematic, more prone to outbursts, and rarely followed directions. Even schooling was a struggle because he was transferring so often.

Boys and Girls Aid, however, still believed he deserved a family. They allowed him to grow in a stable environment and helped him regain trust in adults. The team helped him work through outbursts and never gave up on him. Months turned to years, and Alex began to change, build relationships with the staff, and heal.

How Fate Brought a Loving Couple to Their Future Son

Meanwhile, Jenny and Stephen Madkour were looking for a child to love. They were aware of the shortage of foster homes in Oregon and had been thinking about opening up their home to an older child for a while.

“We had been looking for a very long time,” Jenny told KOIN. The couple was watching TV when they saw Alex in Jeff Gianola’s Wednesday’s Child segment. And immediately, they knew they had found the boy for them.

Anybody who has seen that video of Alex, his core awesome comes out in that video. It was such a great thing, the way Jeff Gianola talked to him and Alex’s interaction with him, it really gave us a glimpse of who Alex is.

When his caseworkers at Boys and Girls Aid told him the Madkours were interested, he couldn’t believe it.

I didn’t believe them. This is not going to happen; you guys are just trying to fool me.

How a Boy Found His Forever Home After Searching for Years

The couple met him before Thanksgiving. Then, right before Christmas, Alex moved in with his new family and, soon enough, they were in the process of adopting him. For the first time in his life, Alex felt wanted.

Alex now lives on a farm and is learning to take care of animals and using farm engines. He goes home to hugs, a pet, and his own bedroom. After 11 years of waiting and searching, Alex finally found his way home, and the Madkours have no plans of letting him go.

“We hope for Alex everything that any parent would hope for their kids, hopefully our love and the stability and always having a place to come home to will give him that foundation to do all the great things that his heart desires. There’s a ton of kids out there who are just looking for someone to love them,” Jenny said.

This story reminds us that families come in all shapes and sizes and that everyone needs love. Even a traumatized child can feel safe and blossom once they have a support system and a place to call home.

family is everything
“Having a place to go is a home. Having someone to love is a family. Having both is a blessing.” – Donna Hedges
Tags
Share
← Prev Post Next Post →