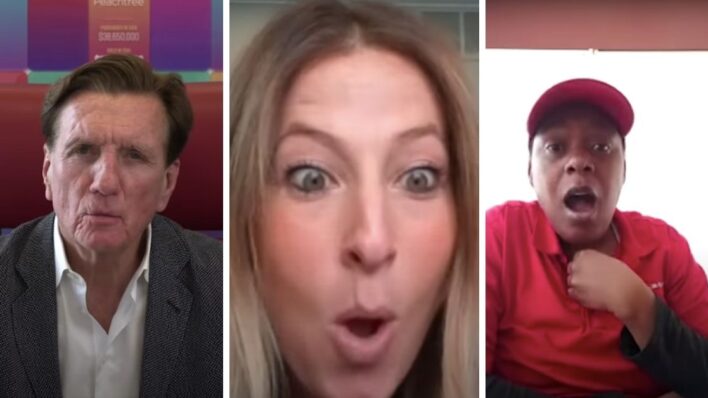 CEO Made $1.6 Million In 8 Days–And Gave It All To His Employees

Larry Connor made $1.6 million in the stock market and decided to give it all to his employees, who have been working despite the pandemic.
By Kawter    May 9, 2020

Larry Connor made $1.6 million in the stock market and decided to give it all to his employees, who have been working despite the pandemic.

Not all workers get the recognition they deserve, which is unfortunate. But many CEOs and bosses have been stepping up in major ways to make sure their employees are properly appreciated. From guaranteeing a minimum salary of $70 000 to offering $10 million in holiday bonuses to employees, some leaders are breaking conventions and setting an example.

One such leader is Larry Connor, owner and founder of The Connor Group in Ohio. In the current climate of this pandemic, he decided to do something major for his hardworking employees.

His employees deserved it

Larry’s company employs 400 associates. Because it is considered an essential business, the luxury apartment communities have been kept open and running during this pandemic. After making $1.6 million in the stock market, he decided he didn’t want to keep it for himself.

“These are challenging times, but the way our people have responded has been nothing short of heroic,” Larry said in an official release. His employees have shown incredible resilience.

Our No. 1 core value is ‘Do the right thing.’ So when I think about how I made the money compared to what our associates do on every day, to me, (paying the bonuses) was the right thing to do.

A business that cares about its employees

Larry’s money will go to “non-highly compensated associates,” in the company, which means that the higher ups are not included. The bonuses will range between $2000 to $9000 and they were calculated in a fair way based on position and longevity.

Family comes first. I love that about this company. That’s what keeps me here.

“They’ve always made me feel that they care not only about me, but about my family’s health and well-being. They’re always there to help,” said Memo Alba, who received $6000.

He plans to use the money to remodel his house, take his family to Florida and his wife out on a nice dinner date.

We believe in leading from the front. And in trying times, that means more than just talking about the problem. It means taking action.