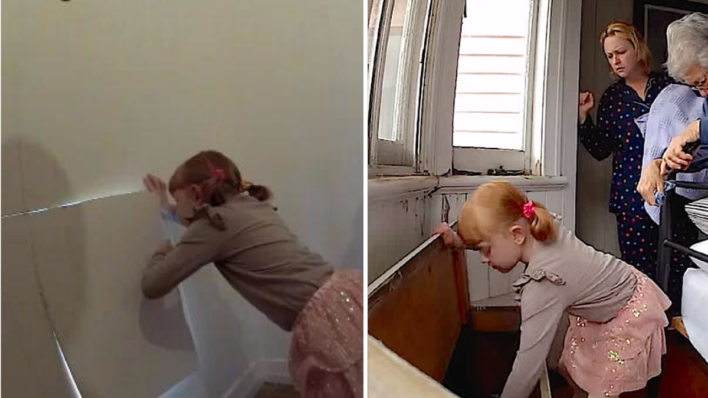 A run-of-the-mill treasure hunt organized by a father for his daughter goes one step further thanks to a long-held secret.
By Sophie Babinski    July 14, 2022

A run-of-the-mill treasure hunt organized by a father for his daughter goes one step further thanks to a long-held secret.

Childhood is made of memories and a feeling of adventure and freedom that is hard to replicate as an adult. Many times, our parents have worked hard to create these magical moments for us by carefully crafting special moments.

One father’s long-term plan finally came to fruition when he sent his daughter on an amazing treasure hunt.

Why A Father Built A Secret Room For His Daughter

Before his daughter was even born, one young man decided that he wanted to make sure his future child’s early life would be as magical and fun as possible. He thought of all of the things he would have loved to experience as a child, and made an amazing plan. He built a secret room off of the bedroom that would one day become his daughter’s. When she was born, he knew that he would need to be patient in order to pull off the coolest surprise.

RELATED: Teen Finds a Secret Room and Treasure in New House – And Makes an Inspiring Decision

The father waited and waited, finally setting his plan into action when his daughter was seven years old. He handed her a box filled with trinkets and old hardware, and asked her to rifle through it. Occasionally, she would hand him small items that she thought were interesting.

Then, finally, her face lit up when she handed him something she had discovered at the bottom of the box: a treasure map! Dad was just as excited, and they worked on following the map together with the little girl’s mother and grandfather.

The Amazing Surprise One Little Girl Found In A Secret Room

After following the map around the house, the little girl discovered that the clues were leading her into her bedroom. She was puzzled, but knocked on one of the walls and felt that it was quite hollow. To her surprise, both her mother and father decided it would be OK to saw through the wall and see what was waiting on the other side.

RELATED: Man Finds Hidden Treasure in Cabinet He Bought for $100 – And Then Does the Unthinkable

To her shock and awe, there was a whole empty room, and upon further investigation — a treasure chest! The family was overjoyed and filled with pride about the memories they had been able to build for their little girl.

It is so important to remember to create memories for your children. We may not all have access to the money and space required to build a secret room for our children to discover years from now, but with a little imagination and a lot of enthusiasm, the memories we can create are endless!

make memories
“Enjoy the little things in life, for one day you may look back and realize they were the big things.” – Robert Brault
Tags
Share
← Prev Post Next Post →