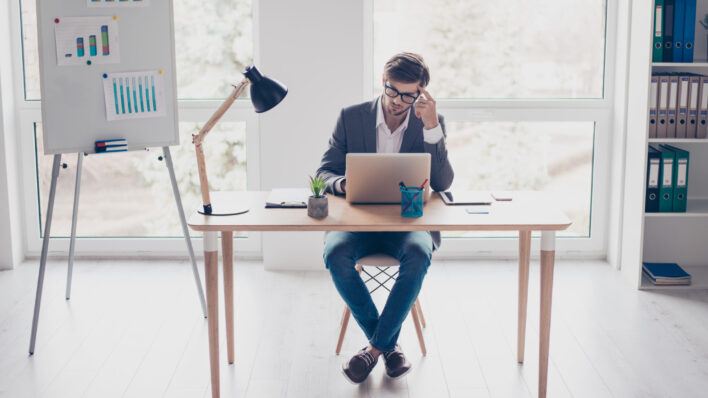 Chances are, you’re sitting as you read this. You were sitting at work, when you got home, and… yeah, lots
By Matt Valentine    August 29, 2018

Chances are, you’re sitting as you read this.

You were sitting at work, when you got home, and… yeah, lots of sitting.

This wasn’t considered to be such a problem a few short years ago. That is, before we knew the dangers of prolonged sitting. Or, more accurately, inactivity.

A team at Columbia University recently studied the effects of prolonged sitting by tracking the activity of eight-thousand participants over the age of forty-five. They found that the smallest difference in inactivity — a sort of threshold if you well –made a monumental difference in the participant’s health.

The average amount of inactivity in a given day across all participants was 12.3 hours. However, the interesting part is that those whose activity was 13 or more hours per day were twice as likely to die prematurely when compared with those who were just under the average at 11.5 hours of total daily inactivity.

Columbia University researchers concluded that sitting for long periods is virtually as dangerous as smoking!

Over time, several more studies were published supporting these conclusions and brought the dangers of sitting to center stage. Sitting has now been linked to a laundry list of negative health conditions and diseases such as:

And, along with that knowledge, a slew of supposed solutions to the dangers of prolonged sitting have been proposed. However, many of these solutions are rooted in an inadequate understanding of the problem.

The result? You might think you’re doing something to help the problem when, in actuality, you’re still damaging your health considerably.

Most notably, I’m referring to one solution in particular… To be accurate, physical exercise does help counterbalance the negative effects of sitting (and extended periods of inactivity in general).

However, the amount of physical exercise you need on a daily basis to counter a full work day worth of sitting is probably way more than you’re getting — and will ever get.

This was the conclusion from a recent study conducted by researchers at The Lancet:

That’s great news, right? Right. The only problem is, check out the fine print.

The Lancet researchers are suggesting an hour to an hour fifteen worth of intense physical activity is required daily to override the effects of prolonged inactivity. Chances are, you don’t get anywhere near an hour of intense physical exercise on a daily basis and doing so is completely unrealistic.

Sure, it helps. And for some of you more active types, that’s a perfect fit. Boom, problem solved (maybe, assuming the research is correct).

How to overcome the dangers of prolonged sitting

So, if intense physical activity is nothing more than a supplement for the average person sitting eight or more hours per day, what else can you do?

The most obvious solution is to purchase a standing desk like this one (a personal favorite). That’s a huge step forward as it gets you off the chair and up on your feet.

However, there’s just one problem: the issue, it turns out, was less about sitting and more inactivity.

According to the American Heart Association’s most recent guidelines, anything that brings your metabolism up to 1.5x that of your normal inactive rate will suffice.

For reference, walking is somewhere around 2.5x your average metabolic rate, so even just standing and very occasionally pacing or bouncing on your feet will do it.

However, that’s key — you can’t just stand still the entire time or you’re not really fixing the problem entirely. As the AHA’s new suggestion was summarized, “Sit less, move more.”

In addition, here are some more tips for overcoming the dangers of sitting and improving your physical health (which, let’s face it, is drastic):

Remember, by making the commitment to move more you’re not just improving your long-term health. You’re also burning calories, improving brain function and creativity by allowing yourself to step away from your work at periodic intervals, and helping maintain your muscles into old age (which is crucial later) so there are several benefits you’re taking advantage of all at once.

Keep your mind and body in optimal health: