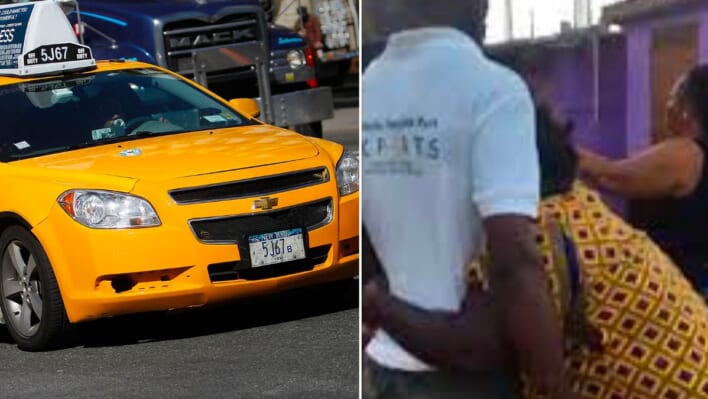 A taxi driver returned to the house where he dropped off a passenger and returned her lost money.
By Sophie Tolias    November 10, 2022

A taxi driver returned to the house where he dropped off a passenger and returned her lost money.

A Ghanaian taxi driver has won the hearts of social media users after he returned GH¢8,000 ($730.59 USD) that was dropped in his vehicle by a market woman.

The woman, who sells fish at the Mallam Atta Market, chartered the unknown driver and forgot her money in the car.

Why a Taxi Driver Returned to a Passenger’s Home

The driver saw the money but didn’t have the opportunity to return it the same day. The next morning, he returned it to the home where he had dropped her off, and it was all caught on video.

Upon seeing him, the woman and her relatives, who had already realized that she lost the money, couldn’t hold back their tears as they hugged him.

RELATED: Student Raises $28,600 For Homeless Man Who Offered To Pay Her Taxi Home

“We haven’t slept all night. We are grateful you returned it, sir. Thank you very much,” another one said.

One Driver’s Integrity Touched the World

The video went viral, and commenters praised the driver. “Only a few bad nuts are taking the shine out of the good deeds of millions of Ghanaians. Ghana is still an icon in the world.” Alfred Okyere-Darko said on Facebook.

By choosing to return the money instead of keeping it, the driver helped the passenger renew her faith in humanity. His integrity will be remembered by thousands and with this simple gesture he helped a woman who had earned the money after doing honest work.