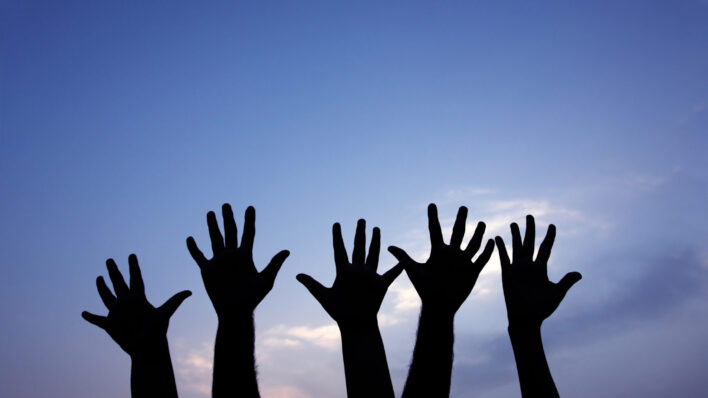 It’s Easy to Criticize, but How Are You Contributing?

I once had a friend who could convince me the world was going to pieces just by how he said
By Nick Maccarone    September 15, 2017

I once had a friend who could convince me the world was going to pieces just by how he said hello. He always saw the downside of up and wondered why he couldn’t find his path in life. Each time I encouraged him to look at things in a more positive light he’d tell me, “I’m just being realistic.”

Over time, I didn’t like who I was becoming when we spent time together. I started talking badly about people I cared about, criticized just about anything under the sun, and strayed far from my core values in an attempt to placate him. Each time we parted ways I had an emotional deficit I needed to dig out of. Eventually, I had to limit our associations even though I cared about his well-being.

The truth is it’s easy to criticize. Today, you can hide behind an anonymous screen name and bully people bold enough to share their voice with the world. We can hurl insults at those whose belief system challenges our own, not realizing we sever the ties to community and a part of our own spirit in the process. It’s Easy to Criticize, but How Are You Contributing?

When you criticize more than you contribute, your credibility begins to erode and you forfeit the value you have to offer the world. What we need more of is compassion, vulnerability, and greater consciousness. As far as I can see, there are three meaningful actions we can take to make sure we lift others up instead of cutting them down.

A few years after graduating from drama school, a funny thing started to happen. I found myself picking up The Economist instead of the Hollywood Reporter. I was suddenly fascinated by the world beyond the stage and curious how I could affect positive change in my community. I was also frustrated by the lack of unity and integrity I saw in our leadership.

So, instead of complaining I decided to volunteer with a New York City councillor I respected. I was by far the oldest intern she’d ever seen, often mistaken for a staff member. For four months I didn’t get a dime and every morning I received marching orders from someone nearly half my age. But by swapping my pride for an open mind I forged meaningful relationships, informed myself about my city government, and learned to appreciate how difficult a job being an elected official really is. I also realized that affecting change is rooted in action and not rhetoric. The more I knew the less inclined I felt to make stale criticisms and instead focus on the positive impact I could make.

Before graduate school I spent a year working as a substitute teacher in the San Francisco Bay Area. The days were long and never easy. By the end of the school year I’d worked with kids of all backgrounds, age groups, and grade levels. I could tell instantly which students had never been told how important they were. No matter how long my assignment in a given school I made a conscious effort to tell the kids they were doing good work and that I was proud of them.

Watching how they’d light up from those simple words convinced me that praise, however seemingly inconsequential, can breathe life into a dormant spirit. A kind word or two can put an extra bounce in someone’s step, giving them the courage to put their best foot forward. And with action comes an awakening to one’s potential.

Years ago, while taking a walk with a close friend, I started to share my frustration with my acting career. I told him I’d had a tough time getting a fair shake at parts I dreamed of playing because of the lack of opportunities for people of color. It wasn’t an issue he could personally identify with in the least, but he listened without any judgment. Instead of criticizing, he sought ways to understand. He taught me if we could all look within before speaking out, the world would change overnight.

Just because you don’t understand something doesn’t mean it’s wrong. If empathy is the ability to understand another’s feelings, compassion is concern for another’s hardship, even if we’ve never shared the same experience.