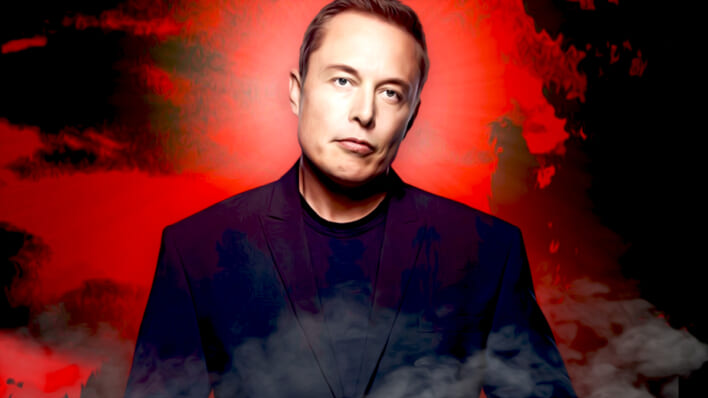 Elon Musk has achieved significant success in his life, sometimes just as aggressively as his Twitter buyout. But what led him down this path in the first place may be darker than you imagine.
By MJ Kelly    May 7, 2022

Elon Musk has achieved significant success in his life, sometimes just as aggressively as his Twitter buyout. But what led him down this path in the first place may be darker than you imagine.

Serial entrepreneur Elon Musk made a name for himself by rolling out revolutionary ideas, products and companies for the last three decades, and he shows no signs of slowing down.

Musk, who’s often been referred to as the real life Tony Stark, is best known as the leader of electric car maker Tesla, the mastermind behind SpaceX, and more recently, for striking a deal to take over Twitter.

RELATED: Elon Musk’s Reaction To Brief Stint As World’s Richest Was Asking How To Give His Fortune Away

From co-founding PayPal, to bringing electric cars to market and launching rockets into space, Elon Musk, who’s now the richest man on planet Earth, has proven time and again that he is laser-focused on his vision, and that he isn’t the type to give up.

Despite his impressive amount of accomplishments, though, Elon had to overcome an even more impressively difficult past, as well as many failures throughout the years.

How Elon Musk Built His Empire

Before he started making billions of dollars, Elon Musk was fascinated by computers and science fiction, and could often be found lost in daydreams of innovation. “I thought I was insane,” said Musk infamously on Joe Rogan’s podcast. “Because it was clear that other people did not… Their mind wasn’t exploding with ideas.”

Born in Pretoria, South Africa, Elon lived with his mother Maye and father Errol until he was eight, but hardly remembers ever seeing them. Most of the time, he was left unsupervised.

“I didn’t really have a primary nanny or anything,” Musk said. “I just had a housekeeper who was there to make sure I didn’t break anything. She wasn’t, like, watching me. I was off making explosives and reading books and building rockets and doing things that could have gotten me killed. I’m shocked that I have all my fingers.”

RELATED: What Elon Musk And Grimes Teach Us About Finding The One

Elon Musk found comfort early on in computer games and taught himself how to code, which set him apart from his fellow classmates. Not only was he nerdier than most kids his age, he was also the smallest and youngest in his class, which made him a target for bullying. It was so bad that he was once hospitalized for two weeks after he was thrown down a flight of stairs by a group of boys.

His parents’ marriage and home life was just as turbulent. After his parents divorced, Elon Musk decided to go live with his father out of sympathy. “I felt sorry for my father, because my mother had all three kids. He seemed very sad and lonely by himself. So I thought, ‘I can be company,’” said Musk.

But he quickly regretted it.

As a way of escaping his unhappy childhood, Musk became increasingly obsessed with computer programming. At the age of 12, he wrote the code for a game he called Blastar, which he later sold to a PCX magazine for $500. The experience ignited his entrepreneurial spirit.

Rather than look up to his father, Elon Musk deeply admired the achievements of American astronaut Neil Armstrong. He saw North America as a land of opportunity, and his desire to relocate grew stronger with time.

Elon Musk was 17 when he moved to Canada, where his mother was born, and eventually enrolled at Queen’s University in Kingston, Ontario, where he met his first wife, Justine Wilson.

His goal was to get closer to Silicon Valley, so he transferred to the University of Pennsylvania, where he graduated with a Bachelor’s degree in Economics and Physics. He finally moved California in 1995 with plans to attend Stanford University, but chose to focus on his career and ambitions instead.

That same year, Elon Musk founded his first company, Zip2, with his younger brother Kimbal, which was acquired a few years later for $307 million. Then, he used some of that money to co-found X.com, an online bank, which became PayPal. And that’s when things got really interesting.

In 2000, Elon Musk married Justine Wilson and soon after was fired from Paypal while the couple was on their honeymoon. They welcomed their first child, Nevada Alexander Musk, two years later.

Sadly, their little boy passed away from Sudden Infant Death Syndrome (SIDS) at just 10 weeks old. Amid the tragedy of losing his firstborn son, at a time when he could’ve retreated into a dark place, Elon Musk’s response was to throw himself deeper into his work instead.

Having always been fascinated by space exploration, Musk held the conviction that in order to survive, humanity would have to become a multi-planet species. His next big aspiration was to expand on his vision of colonizing Mars. So that’s exactly what he did.

In 2002, Elon Musk founded SpaceX, a company that aims to revolutionize space travel and eventually land humans on the Red planet. After a series of setbacks, SpaceX made history in 2010 when it became the first private company to launch and recover a spacecraft.

RELATED: Mark Cuban and Elon Musk Agree This Is The One Skill AI Will Never Replace

There have been many failed launches over the years, but they have never stopped Musk from trying again. In fact, nothing seems to stop him, not even when his heroes Neil Armstrong and Gene Cernan expressed concerns about space commercialization.

“What I’m trying to do is to make a significant difference in spaceflight, and help make spaceflight accessible to almost anyone,” said Elon Musk. “And I would hope for as much support in that direction as we can receive.”

All the while, the tech genius had also been interested in electric cars, so when he saw an opportunity to bring them to consumers by way of Tesla Motors, a start-up founded by engineers Martin Eberhard and Marc Tarpenning, he didn’t hesitate.

In 2004, Elon Musk made a $6.5 million investment in the company and joined the company’s board of directors. Just four years later, Musk was named CEO.

In 2021, Elon Musk revealed he has Asperger Syndrome while hosting Saturday Night Live. Asperger’s is a condition that falls on the autism spectrum and presents itself as repetitive patterns, highly focused interests, trouble expressing feelings and interpreting non verbal communication.

People diagnosed with Asperger syndrome are described as “neurodivergent,” while people that are not on the autism spectrum are referred to as “neurotypical.”

“I don’t always have a lot of intonation or variation in how I speak… which I’m told makes for great comedy,” he joked at the time. “I’m actually making history tonight as the first person with Asperger’s to host SNL.”

RELATED: Elon Musk Says This One Habit Is the Secret to Becoming Successful

This diagnosis explains a lot of his unique behavior as a child and while the condition may have been difficult to navigate in his youth, Elon Musk used his unique set of challenges to his advantage.

Musk has been known to stir the pot, especially with his controversial tweets, but regardless of whether you love him or hate him, there is no denying that he is one of the most influential visionaries of our time.

What’s more is that he’s exemplified that obstacles don’t have to be barriers, and that it’s worth it to pursue our dreams, no matter what life throws at us.

Elon Musk’s #1 Tactic to Never be Afraid of Failure