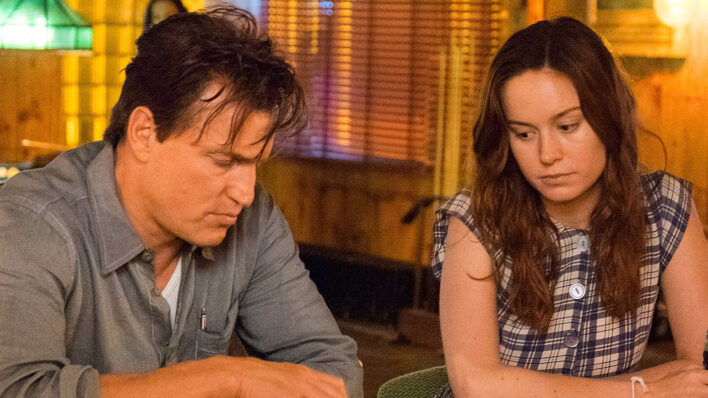 Growing Up, I Hated My Dad. Now I See Him Differently

Not everyone has the chance to have a good relationship with their father. This is how I moved on from my abusive childhood.
By Ivy Gill    February 28, 2020

Not everyone has the chance to have a good relationship with their father. This is how I moved on from my abusive childhood.

By the time I was in my preteens, my dad had become a full-fledged alcoholic and regularly abusive. The domestic abuse led to child protective services visiting multiple times, and a few nights at the local police station.

Then, when I was 13, I got a call. There had been another fight at home, so I should go to my Grandparents’ house instead. When I got there, the decision had been made- a divorce, once and for all.

And just like that, two things ended; the place I called a home, and all communication with my dad.

My dad, the ‘villain’ in our home

The truth is, not seeing or hearing from my dad wasn’t hard at all. We barely had a relationship. To me, he brought terror into the home. I didn’t like him, and I had made it known for as long as I can remember.

In one little act of rebellion, I was on the computer after school when he came home. I knew he had come home, but I chose not to acknowledge him.

He hit me so hard, my chair fell backwards and I hit my head on the floor. I didn’t say ‘hi’ to him the next day either.

People aren’t black or white–learning to acknowledge the grey

So, while the years rolled by, I didn’t miss my Dad. I was getting older though. And with my age, I began to see cracks in my childhood that I didn’t know were there.

As I grew into a teenager, I became more perceptive, smarter and more individualistic in my thinking.

By this point I had long known that neither one of my parents were ideal, but I had held on to the belief that my dad was ‘the bad one.’

A child’s narrative vs. an adult’s story

It took years before I was emotionally and mentally intelligent enough to piece together the truth of my family.

I discovered that at the centre of this truth was my mom’s affair. She started to see no other than my dad’s sister’s husband since my sibling and I were toddlers. This was no secret. She explicitly told me when I was 5, and from then on, she used her kids as pawns in her affair.

She would have us lie for her, eavesdrop if my dad’s sister came over to talk to him, and play house when she would invite him over when my dad was at work.

But that’s not all, my mom also made sure that we had little relationship with our dad. We never celebrated his birthday– I couldn’t even tell you which month it is in.

When he began to grow suspicious of her affair (she sometimes even blatantly flirted with the guy in front of everyone- including my dad- at family functions), she would make fun of our dad. She would say that he acted like a crazy person.

My dad, the weak man who broke

This veil that had covered my mom in pious white and my dad in devil black was lifting, and all I could think was how I could have been so easily manipulated.

She encouraged and rewarded us kids to treat him like an outsider for as long as I can remember, and we complied. Maybe we were just desperate to have a mother’s love, I don’t know, but we did it. We ignored him, we gave him attitude, we protected her affair, we chose her side.

As he grew more privy to her affair, the drinking started. The abuse started. The timing was not a coincidence.

Oftentimes, arguments would start in the house about the affair. Before I knew it, my dad would be closing the curtains- something that I knew always preceded a violent, sometimes bloody, fight. And that’s when I knew to go hide.

So, while I knew he would never win ‘Father of the Year,’ and our relationship was likely irreparable, the truth was still important to me:

My mom used us and sacrificed our relationship with our dad to support her affair from an age so young, that we had no chance.

But another truth, equally as hard to swallow, was this: “My dad did not have to turn to alcohol or abuse. Those too were choices, choices that, regardless of the provocation and the helplessness he felt, he was ultimately responsible for.”

The importance of forgiveness

Today, I have little to no relationship with my mom or my dad. But I know now, that my dad wasn’t the villain. When I deciphered the haze of my childhood, built of lies and manipulation, I started to be able to remember some of the happier times.

Times, when despite how I treated him- how we all treated him- he held me when I fell, or cried during a movie. Times that showed the bits of beautiful humanity that somehow survived.

My dad’s weakness was that he caved under the dynamics of a family that I wouldn’t wish upon anyone, and you know what? I forgive him. I hope he forgives me, too.

When we own our stories, we can move forward, detached from the past.

This post is a part of a series on my life experiences, written to help others who may relate. Find more of my writing here.

I write under a pen name so that I can openly discuss the deepest, most intimate experiences I've had, how they've shaped me, and how I've healed. It's my hope that by doing so, we can bring each other validation, comfort and understanding while moving forward in our lives in beautiful and powerful ways. If something resonates, you'd like to hear more about a certain topic or if you have feedback, I'd love to hear it. E-mail me at IvyGill.Writes@Gmail.com