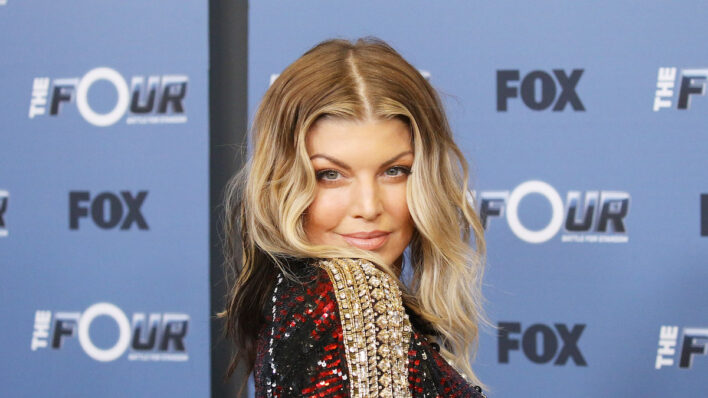 How Fergie Redefines Motherhood by Challenging All Expectations For Older Women

Having a strong personality that shows, Fergie was never afraid to step out of the box, both as an artist and as a mother. Here’s why her version of motherhood is so empowering.
By Flavia Medrut    November 22, 2021

Having a strong personality that shows, Fergie was never afraid to step out of the box, both as an artist and as a mother. Here’s why her version of motherhood is so empowering.

From her start on the small screen to her solo singing career, Fergie is a complete artist and was made for the spotlight.

The 8-time Grammy winner began her career by appearing in commercials and on the cast of Kids Incorporated in 1984. In 2003, Fergie joined the hip-hop rock band The Black Eyed Peas and their first album, Elephunk, became a huge smash. With singles like Where Is The Love and Hey Mama, the group conquered everyone’s hearts and then invited them to the dance floor.

However, the road to success was not an easy one for the singer. Behind a seemingly strong facade, Fergie hides a powerful story of resilience against all odds.

From addiction to a solo career

But before The Black Eyed Peas, Fergie was struggling with her career, started partying a lot and eventually developed an addiction to crystal meth. The singer realized that her addiction definitely won’t help her in her future plans and slowly tried to get up on her feet, kicking her drug habit in 2002.

We always have choices. And sometimes I made bad ones! I needed to make better choices to get me on an even keel.

No need to say that her years with The Black Eyed Peas were a massive success, but when Fergie decided to try a solo career (which only made sense), a lot of people were skeptical, thinking that she would soon fade out of the spotlight. Then the singles “London Bridge” and “Fergalicious” were released and let’s face it, the singer proved that she doesn’t need a band to entertain a crowd. Her flamboyant personality, moves and her incredible strong voice were more than enough to fill the stage. Beautiful, fierce and overly-talented, she let the whole world know that she can be a force on her own.

It was in the next stage of her journey, motherhood, that Fergie would find yet another challenge.

After 5 years of dating and about 8 years of marriage, Fergie and actor Josh Duhamel decided to publicly announce that they were separating. However, the good part in all of this is that both of them are doing their best to remain involved in their child’s life.

Even though they’re not a romantic couple anymore, Fergie and her ex still meet and enjoy some normal family activities together with their son, Axl Jack. They made a solemn promise to always be united and support each other and their child, and that’s one of the best things anyone would hope to happen after a breakup.

While Fergie took it down a notch to take care of her newborn (which is totally understandable), in 2017 she came back with a second solo album, Double Dutchess, and a single that raised a lot of eyebrows – “M.I.L.F.$.”

The video for the single opens with a 1950s suburbia aesthetic and stars celebrity moms such as Kim Kardashian, Ciara, Chrissy Teigen, Alessandra Ambrosio and more.

Both the lyrics and the video celebrate female power. It’s about encouraging all the female breadwinners out there to keep up the good work as moms, but also take some time for personal treats. Because, yes, one can be a nurturing mom and still look hot.

I’m a firm believer in moms getting to go out once in a while and having fun. It makes you a better mom because you come back refreshed. In this world of mommy shaming, ageism, fear of being relevant and all that.

Taking care and giving yourself a treat every now and then should be part of your routine and by any means, it shouldn’t make you feel guilty. You work hard and you deserve a little “me time” to do whatever brings you pleasure. There’s really nothing wrong in reminding yourself that you are first and foremost a woman, and you are allowed to feel attractive and confident, regardless of how many children you’ve got or how old they are.

Fergie and her friends not only know that but they also firmly believe in it. The colourful shots of all these fashion girls of all shape and sizes are meant to be empowering. They are all mothers, have a career and they still find time to take care of themselves and feel sexy.

Society tries to tell moms what they should and shouldn’t be, and it’s just a little freeing to have fun with pushing those limits a bit. I might do it a little bit more than others, but that’s just who I am.

What is Fergie doing now?

Shortly after the release of  “M.I.L.F.$”, the Double Duchess has split from her label and went on to start her own. Even though she has laid low for a while and a reunion with The Black Eyed Peas seems unlikely to happen, we are sure that the singer is thriving independently.

During her career, Fergie took on some small roles in movies such as Poseidon (2006) and Grindhouse (2007).  So who knows? Maybe we’ll see her acting in the near future, rather than singing. We also know that Fergie is a business woman, so on or off-stage, she is still a career mom.

At 46, with a strong personality (that shows) and the courage to step out of the box while others try to fit in, Fergie keeps inspiring millions of mothers to live their best life – and we applaud her for this.

life is what you make it
“If you are always trying to be normal, you will never know how amazing you can be.” – Maya Angelou
Tags
Share
← Prev Post Next Post →