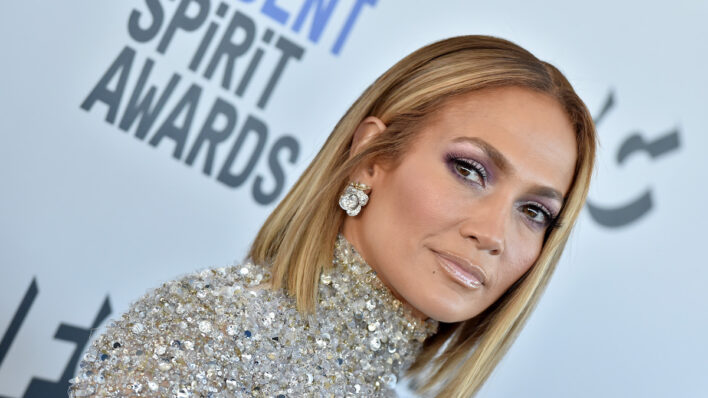 In her 50s, Jennifer Lopez Proves That Women Can Age and Continue to Thrive

With a refreshing approach to ageism, Jennifer Lopez is living proof that women can continue to thrive, regardless of their age.
By Flavia Medrut    March 20, 2020

With a refreshing approach to ageism, Jennifer Lopez is living proof that women can continue to thrive, regardless of their age.

A fantastic actress, singer, dancer and producer, Jennifer Lopez is a quadruple threat now more than ever. As with most female performers, Jennifer Lopez’ good looks have always been at the forefront of public discussions.

After her performance at the Super Bowl with Shakira, there was an even bigger focus around the 51-year-old’s appearance. Some of the reactions were very appreciative of their incredible performance, but others were quite spiteful.

And that’s because both Lopez and Shakira danced and sang just like they did when they were in their 20s, maybe even better. It looked and felt like they haven’t aged a day. Everything about that show was spectacular, as the two performers gave 110% to make sure they’ll be remembered.

And then there was J Lo’s pole dancing, which of course raised a lot of eyebrows.

While we can all agree on the effort Jennifer Lopez put in making her dance look so seamless, a lot of people think that it was inappropriate for her age; that a woman in her 50s shouldn’t dress and dance like that.

Well, definitely not like Jennifer Lopez, otherwise there wouldn’t be so much fuss about it. But sadly, most people (men and women), live with the assumption that 50 means old, sad and… saggy. The message of ageism is condescending and offensive.

Apparently, if you’re in your 50s your life is over then and there, especially if you are a woman. You should withdraw into your shell and wait for your new purpose in life — something that fits your age.

You’re not allowed to be sexy, even if you’re rocking your 50s. Basically, society forces you to join a group of depressed ladies who are not allowed to shine anymore even if they still have that fire inside.

Jennifer refused to become part of that group and now gets criticized for not doing so. She’s a woman who has cultivated her talent for more than 35 years and she’s not letting her work go to waste; and we applaud that!

Lopez never came up with excuses for not being successful. The music and film industry are filled with obstacles that make even the greatest stars back down, but she defied the “laws” and offered a great example of how things should be done if you want to remain on top.

However, we’re still facing double standards in the industry. There are a lot of women who are incredible talented but get to be discredited because they are no longer young. For men, on the other hand, things don’t go the same way.

There has been a lot of controversy around the subject, especially in the film industry, since men easily get to play heartthrobs or action heroes regardless of their age, while women are held to impossible standards. It seems that with age men become more confident and women more insecure.

Many female movie stars came forward and talked about how hard it is to get a role after the age of 50. If they are not blessed with better genes, happen to look younger or take their aging problems to surgeons, they should be thankful for getting the chance to portray a housewife and not a granny.

While it may seem quite unfair towards her fellow 50-year-old actresses, Lopez seems to be aging backwards and was rewarded for that with a role in Hustlers. Jenny upped her strength workouts to learn how to pole dance and put to shame many professional dancers.

There are also a lot of people on the internet saying that Jennifer Lopez only looks gorgeous because she has a lot of money — so she affords to look younger.

Of course, wealth plays a huge role in being able to afford the treatments and the time to take care of her appearance. However, a lot of it is also discipline. Jennifer spends endless hours in the gym, has a clean regimen routine, doesn’t drink and doesn’t smoke. So a whole lot of work went into the sculpted physique the Hustlers actress has today.

The importance of having a positive age representation

Born July 24, 1969, Jennifer Lopez is now 51 and she’s just as vital as ever in her career, while others are in descent. A lot of celebrities give up after a certain age mostly because of the preconceptions and stereotypes regarding ageism. But what if we approached ageism like Jenny does?

I never appreciated my body or my looks when I was in my 20s. Now I’m like, ‘Look at me!’ Not in a conceited or arrogant way – I just appreciate myself in a way I didn’t when I was that age.

For her, age is just a number and she’ll stay young for as long as her body allows her to. She doesn’t have the time to think about what others have to say as long as she feels great about herself. Lopez is a great example for all the ladies out there. She is also a mother, but first and foremost she is a woman who chose not to fit a certain age schema just so that others could categorize her.

Having children at a later age

Jennifer Lopez welcomed twins Maximilian and Emme Muñiz into the world on February 22nd 2008, alongside her ex-husband Marc Anthony.

While most doctors recommend having children before the age of 35, none said that it’s impossible to have healthy babies later in life. Again challenging the overall notions of ageism, Lopez gave birth at age 38.

Even though many would say that older parents have less energy for their kids, the multi-hyphenate sensation proves us wrong. She clearly has more than enough energy and she also became better at managing her time once her twins were born.

Lopez is absolutely in love with her kids and has taken two more daughters under her wing now that she’s engaged to Alex Rodriguez. Moreover, she is still open to the idea of giving birth again:

I want to [have kids with Rodriguez]. I don’t know that it’s in God’s plan, but I would like to try. I’m so open to it.

Living outside of the “age box”

In an ideal world, women would stop having to live up to anyone or any industry’s expectations. Unfortunately, we have no reached that place yet.

However, we can learn from Jennifer’s refusal to conform to expectations tied to her age. We should also try to live outside the “age box”. Become a disciplined and tenacious hard worker just like Jennifer Lopez did and get rid of all the preconceptions. And that means achieving anything at any age.

You want to start your own catering service at 50? Go for it. You want to climb the Everest? Why not! You want to be a black belt? Yes! If anything, Jennifer has proven to us that age is no barrier.

You can continue to thrive, regardless of it.