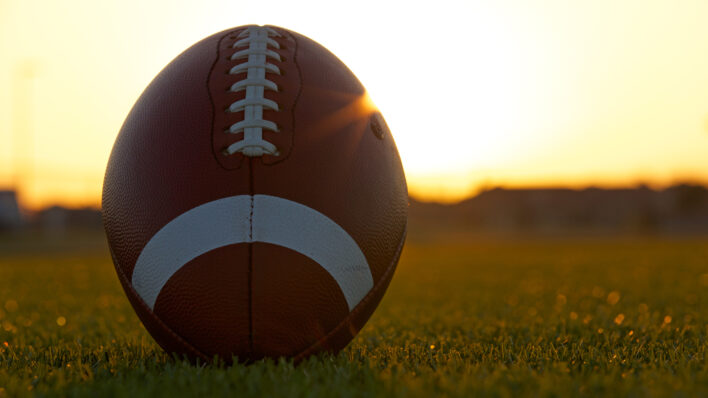 The Football that Taught Me to Overcome Fear

This is a story about the defining moment of my childhood as an immigrant kid in America, when an errant
By Hung Thai    March 25, 2017

This is a story about the defining moment of my childhood as an immigrant kid in America, when an errant football broke my spirit, and forever changed my life. I decided then and there not to let my alienation paralyze me or my fear of failure sabotage my progress, or to let a seemingly insurmountable obstacle — my lack of English — suppress my potential.

I made a choice to overcome fear, and to create my fate rather than succumb to it. I charted a path, threw myself into it fully, and have never looked back. The Football that Taught Me to Overcome Fear

The recess bell rang and kids begrudgingly fell in line to go back to class. I followed suit. A breeze of warm, spring air brushed against my face. Summer was coming, but first I had to survive the last few weeks of fourth grade. And what’s a few weeks? It’s a blip in the annals of time. But for an immigrant kid with, at most, ten English words at his disposal, it was an eternity.

This was my second week at an American school. I spent the entire recess and the previous two weeks in a corner gawking at other kids playing tetherball in the schoolyard, too immobilized by fear and loneliness to even utter a sound. I was quite fascinated with what they were doing and wished that I could, too, join in the fun. But I hadn’t dared to say a word.

Struck by fear: The football that changed my life

While in line, a rogue football ricocheted right off my face. It wasn’t the pain inflicted by the football that made me cry. It was the shame over the fact that, while I had been hurt, I didn’t even have the courage to say “Ow”. My fear of failure, of making embarrassing mistakes and language gaffes, had rendered me lifeless. I froze. And I wept. Tears streamed down my face like a waterfall. I resisted but to no avail. Kids gathered around to see if I was okay. I couldn’t even look at them.

That was the defining moment of my childhood and one that I won’t soon forget. It’s hard to fathom that the football, for breaking my spirit that day, would change my life. I decided at that point to never let fear be a dam that holds back the river of progress.

That summer, I spent every waking hour immersing myself in the English language. While others were swimming and playing basketball, I was at the library scaring myself with Goosebumps tales and whatever else I could get my hands on. I spent hours in front of the TV watching Sesame Street and other rudimentary children’s programming to teach myself the basics. My vocabulary grew exponentially in three short months.

In the first week back from summer, I was taken out of ESL classes — not because of my newfound knowledge, but because I was confidently engaging with other kids, making mistakes and laughing about them with my new friends. It was one of the proudest moments of my young life. A few years later, I was placed in English Honors classes and I haven’t looked back since.

The lesson here isn’t to surround yourself with footballs hoping that one would knock some courage or determination or resolve into you. Those qualities exist inside you. And sometimes it takes a dramatic event — a close call with death, an accident to a family member, etc. — to trigger a change mechanism that allows you to overcome your fears. But why wait until then? And why leave it to fate?

You have the power to choose your path, much like I chose mine. I chose not to let a seemingly insurmountable obstacle suppress my potential. I chose not to let fear rule my life. Once you cross that hurdle, you may proceed to formulate an attack plan and execute. But you must first choose to do so.

Life is a series of decisions and consequences. Sometimes we make the wrong decision, but you can’t let the fear of failure stop you from moving forward. You’re bound to make mistakes. So make them often, but in smaller doses.

Because the biggest mistake you can make is to try to not make any mistakes by doing nothing.